The view that societies around the world are either individualistic or collectivistic is very much widespread, though erroneous in near equal measure. Individualism has, traditionally, been attributed to Western societies, and has emphasised personal achievement at the expense of group goals, resulting in a strong sense of competition. On the other hand, collectivism, in its varied expressions, communism, populism and tribalism, to name a few extremes, used to be considered as a trait of Middle Eastern and Eastern societies. Collectivism places family and work group goals above individual needs or desires.

Such a framework can be helpful to the layperson in understanding cultural differences within the family, workplace and relationships, but critics have rightfully argued that it is too reductionist to categorise entire societies in a binary fashion. Hofstede’s Theory of Cultural Dimensions (1) has been instrumental in considering individualism and collectivism as two opposite poles of the same spectrum. It also argues that a society’s positioning along that spectrum varies according to the demands of specific eras. This could in fact be exemplified by the recent rise of populism in Orban’s Hungary, Trump’s America, Erdogan’s Turkey and much closer to us, Modi’s India. It is also exemplified by women being granted the right to drive in Saudi Arabia, and the Arab Spring that could only have been possible due to social media, which has given rise to individual expression on an unprecedented scale in that part of the world. Where individualism had led to perceived stagnation and dissatisfaction amongst the broad middle class and the poor, collectivism was seen as the solution to implement meaningful change. Similarly, where too much collectivism prevailed, society felt the need to tip the balance towards individualism.

The Mauritian situation is indeed unique in the world. The plurality of cultural influences finding their way over the years to the island is one of the principal reasons for which it would be an exercise in futility to attempt to locate Mauritian society on Hofstede’s conceptual spectrum, an otherwise useful tool in social psychology; our society is one that can almost never be considered as a larger collective, since it is made up, from its very incipience, of many smaller collectives along lines that have a strong potential to be divisive: ethnicity, religion, community, socio-economic status, language and as of late, even gender! Those who readily profess their keenness for diversity in public (in accordance with traditional political correctness) seem to forget that diversity can only exist where divisions are emphasised. Hence, when the Mauritian individual thinks of the collective, one tends to think of it more frequently in terms of peers, family, political party, religious group, or a group of people with a similar societal agenda. It almost never occurs to one to consider that all of one’s social enterprises might impact, for better or for worse, members of a larger collective towards which one feels absolutely no kinship. The in-group takes precedence over the out-group which is cast out, immediately marginalised, and accused of hindering progress. As a result, polarised opinions abound on any subject that is raised in public. It is this mechanism that has rendered collectivism in Mauritius, for the most part, both reactionary and restricted, unavoidably promoting mediocrity and slowing down decision-making. 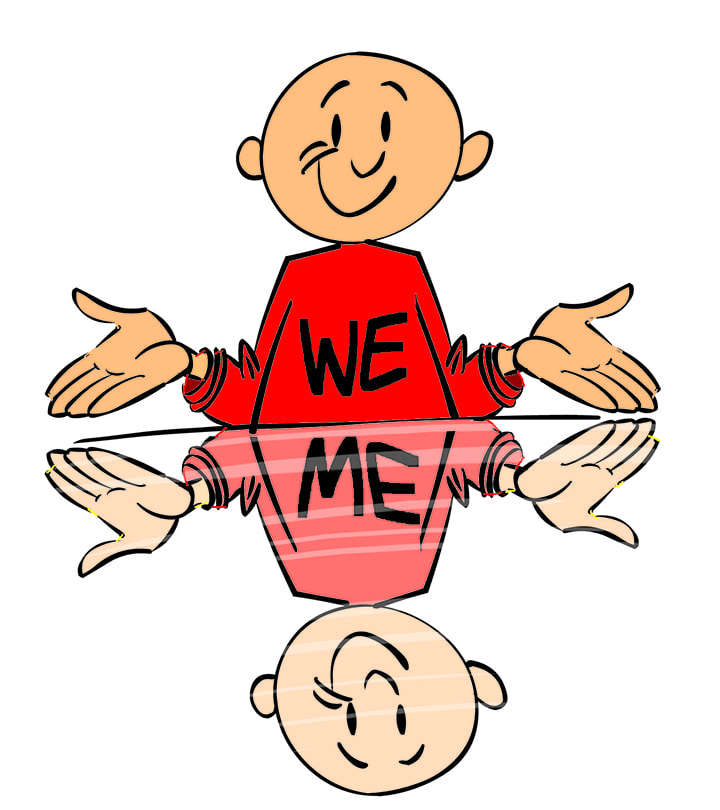 When the larger collective appears to be thus fragmented, the individual can in no way be whole, for one is destined to have a relationship with the collective. One almost feels condemned to choose a stand on any polarising issue, because one feels mandated to express concern towards the collective, especially when one does not wish to address the core of the issue at hand. For example, much research has highlighted the link between environmental concern and stability of income (2). In a cross-national survey of 33 countries, Gross Domestic Product (GDP) per capita has also been shown to correlate positively with perceived importance of climate change (3). The vast majority of people who do not care much for the environment are neither spiteful nor ignorant. Nor is it that they derive some sadistic pleasure in polluting. They simply have to attend to issues they deem more important, and in all fairness, who can blame them for it? Does one have time to feel sorry for the planet if one’s roof is leaking profusely after a bout of torrential rain? Why would anyone be thinking about the effects of pollution on the ozone layer if one is barely able to provide food and comfort for one’s family? Unless one’s basic physiological, financial, and psychological needs are being met, how can one express concern or consideration towards national issues, let alone global ones? Many appear to forget that what they view as a social obligation is a luxury to others.

However, this is not to say that people who customise their Facebook profile pictures to celebrate World Earth Day are misguided. The aim of aligning our individual mindsets to a higher collective consciousness of, say, the human impact on global warming, is highly laudable and especially far-sighted, but it is also one that is only too comfortably idealistic when it comes to being implemented. One can easily argue that if instead, more people invested their time, energy and resources in reducing poverty, an increasing number of people would automatically be comfortable enough in their individual lives to have a heightened awareness of the consequences of their actions on the environment. To direct our time, energy and resources towards bettering other individuals’ lives in any way we can would indeed be a course of action that attacks people’ lack of concern for collective issues at the root cause. Unfortunately, it takes much longer to accept that if the collective is generous to the individual, the latter will reciprocate. It is, after all, human nature to promptly blame others for their mistakes, and situations for ours.

Social analyst Ulrich Beck has warned of how the most consequential change in the human condition is occurring right now – the blatant contradiction between our “almost-cosmopolitan plight and the lack of a cosmopolitan awareness, mindset or attitude” (4). In times like these, the individual has two duties to fulfil: first, it is to ensure that one’s basic needs are being met, and if not, that one’s efforts are consistently engaged in those pursuits until they are reached. Otherwise, one runs the risk of vegetating in the same condition, incessantly blaming the collective for offering no mobility across social and economic barriers, and eventually turning into the stereotypical voter who is easily swayed by frivolous electoral promises. Second, it is to understand that if we are to encourage diversity in Mauritius, it should be a diversity of opinions on specific issues pertaining to the collective, and not just a semblance of diversity in terms of mere biological determinants such as ethnicity and gender or cultural factors such as religion and community.