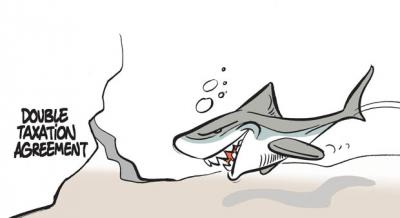 The proposal of the Mauritian  Prime Minister made to his counterpart, the freshly elected Narendra Modi   for  an automatic exchange of information  mechanism and  the introduction of a limitation on benefits LOB article(anti-treaty-shopping article)  in the treaty between Mauritius and India  is without any doubt a shrewd move underpinning the  good faith of  Mauritius to sell itself as a clean jurisdiction. There remains nevertheless a wide gap between this expression of good faith and what is really taking place in practice.
Tax avoidance at international level generally occurs through the network of Double Taxation Agreement (DTA) and is commonly referred as Treaty Shopping. It consists in a resident of a State that is not a party to a DTA establishing an entity within a state that is a party in order to take advantage of the provisions of the treaty. Consequently, the practice of setting up companies in Mauritius to act as conduit into India and benefit from the India-Mauritius DTA fits those definitions. What if Company Z of country Z (who is not a party to the DTA) establishes another Company Z1 in Mauritius? Company Z then invests in shares in India, through Company Z1 and is thus exempt from Indian Capital Gains Tax (CGT) as per the Article 13(4) of the DTA as Mauritius is the only country able to charge capital gains. However, Mauritius does not charge CGT. That company will thus have reduced its liability to nil and would have accessed a treaty to which it was not privy to when in Country Z. Company Z1 is set up in Mauritius solely to give Company Z access to the DTA and engages in little economic activity.
The arrangement has often been challenged and tagged as an improper use of DTAs. The challenge stems from the fact that (i) the beneficial owner of the treaty-shopping does not reside in the country where the entity is created, (ii) the interposed company has minimal economic activity in the jurisdiction in which it is located, (iii) the income is subject to minimal tax in the country of residence of the interposed company, (iv) the consequence of such transactions can result in a reduction in the withholding taxes and the double non-taxation of income.
The present international mood is dead against schemes including treaty shopping that skillfully avoid tax liabilities. There is widespread public anger as public revenues are squeezed and the public has to bear the brunt of government cuts across all departments. The recent backlash against Starbucks, Apple Inc and Google for tax avoidance underscores the prevailing mood.
As a result the international community has responded by introducing measures for international tax transparency. Earlier this month, some 47 countries, which included Singapore and Switzerland, and some prominent tax heavens, signed an agreement  for automatic exchange of information. The agreement will be seeking automatic disclosure of bank balances, interest income, dividends and capital gains realized from the proceeds of sales.  Mauritius, a signatory to the America Foreign Account Tax Compliance Act (FATCA) has yet to give its accord to the agreement.
Under the agreement, there will be no need to file a statutory Letter of Request for disclosure or establish to the satisfaction of a Judge a prima facie case of evasion. The need for an application before a judge, as is presently the case will not be necessary. Nor will it be possible for States to invoke bank secrecy as a ground for refusal to disclose information.
It is common knowledge that tax dodgers use a combination of bank accounts, shell companies, trusts and foundations fronted by nominees in one or more financial centres.  They operate in a grey area of the law exploiting the loopholes and gaps in the tax system aiming to outsmart revenue authorities that very often lack the necessary resources to confront them (The Economist 13 May).
The difficulty is to demarcate legitimate avoidance from unlawful evasion or from abusive avoidance. Denis Healey a former Chancellor of the Exchequer realizing the conundrum stated that the difference between tax avoidance and evasion is the thickness of the prison wall.
But DTAs have been used for tax evasion and money laundering.  A two- year investigation by the U.S. Senate Permanent Subcommittee on Investigations found that Credit Suisse allegedly “helped its clients create offshore entities and design transactions to avoid arousing suspicion.” From 2001 to 2008, the Bank facilitated tax evasion by the U.S customers and helped in the opening of undeclared Swiss accounts and opening accounts for Offshore shall entities so as to camouflage the U.S ownership. The Bank even sent its bankers to the U.S to recruit new Customers and service actual ones without there being any paper trails. It is estimated that over 22000 U.S. customers had accounts with assets exceeding 12 billion swiss francs. No later than this week, Credit Suisse became the largest bank in more than 20 years to plead guilty to criminal charges in the US. It has agreed to pay $2.6 billion in fines.
We have to exercise extreme vigilance and we have the necessary institutions for that task. Let us start by putting our own house in order and stop being hypocrites by repeating ad nauseam that there are no treaty shopping happening on our shores. The proposal for an automatic exchange of information will be the most intrusive test our financial centre has yet to submit itself to so far. 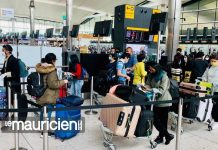 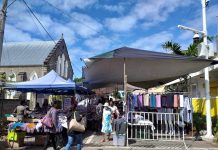 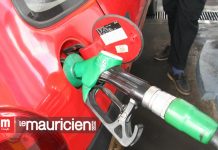