Persons with disabilities (PWDs) seek employment for much the same reasons as non-disabled persons. The difficulties faced by PWDs in getting quality education and access to vocational training or any further education have always been a major barrier when it comes to seeking a job. In 1996, the Training Employment of Disabled Persons Board (TEDPB) was established under the Training Employment of Disabled Persons Board Act, within the purview of the Ministry of Social Security, National Solidarity & Senior Citizen Welfare and Reform Institutions (MSSNS), now the Ministry of Social Integration, Social Security and National Solidarity.

The Functions of TEDPB has the following main objectives :

« Prevent discrimination against disabled persons resulting from or arising out of their disability; Educate and sensitise employers on the importance of employing disabled persons and contribute to remove barriers or prejudices with regard to the employment of such persons: Encourage the establishment of appropriate vocational centres and other institutions for the training of disabled persons; Operate and encourage schemes and projects for the training and employment of disabled persons; Improve generally the social and economic status and condition of disabled persons; Perform such other functions, not inconsistent with this Act, as the Minister may, in writing, specify or approve. »  Faced with the unsatisfactory situation which prevailed at the TEDPB and the performance which was below expectations, the new board, in 2002, with approval of then minister Mr. Sam Lauthan, solicited the assistance of the Mauritius Audit Bureau (MAB) to study the existing system and its weaknesses and to recommend adequate solutions to enhance performance in terms of human, financial and other resources of the organisation. Given the sensitivity of the situation, the MAB in one of its recommendations stated the necessity to set up a Steering Committee to manage the implementations of the recommendations made in the report (copy of report should be available at the ministry and TEDPB). And in its conclusion, the MAB underlined the main catalyst of the Board in terms of three « E »s – Economy, Efficiency and Effectiveness. « The performance of the Board in terms of the three « E »s has been low. Of the two options considered, the closure of TEDPB is recommended with training and employment functions to be integrated with Rehabilitation Unit ». The MAB in its conclusion also believed in substance that the future of persons with disabilities is likely to be better in the hands of professionals who have better rehabilitative and coordinating skills. The option also adds up to the prospect of greater resources sharing among Ministries through networking, as indicated in the report.
The MAB « favoured closure of the TEDPB » and creation of « a more comprehensive body with a ‘One Stop Shop’ for the disability sector ».
For some time, lots of noise were heard on TEDPB in the media and even in the National Assembly about a case of the employment of a person with visual impairment. Recently, a program was devoted to this issue on a private radio for nearly two hours. A person with a permanent visual impairment, known as Aslim in August 2010, was enrolled as a trainee under the Skills Development Programme of the Training and Employment of Disabled Persons Board to now. Eleven years later Aslim is neither earning the minimum wage as prescribed by the law nor is he in permanent employment; he is still earning a stipend from TEDPB as a trainee.The philosophy of TEDPB is found in section 4 of TEDPB Act, i.e function of board as mentioned above. What has been the role of the head of the Disability unit, representative of the Ministry, responsible for the subject of employment, labour and industrial relations, representative of trade unions among others in this particular case as board members ? As clearly stipulated at section 6 (c) of TEDPB Act it is the duty of the General Manager : « assisting disabled persons to secure employment ». Moreover, as per section 7 (1): « The Board may, with the approval of the Minister, employ, on such terms and conditions as it thinks fit, such staff as may be necessary for the proper discharge of its functions ». In addition, according to section 8: « Powers of the Minister –
The Minister may give directions of a general character to the Board, not inconsistent with this Act, and the Board shall comply with such directions. »

My commitment as disability rights and awareness campaigner and parents of children with disabilities since 1993 does not allow me to remain insensitive and silent to the heart cry of a person with disabilities. Aslim lost his eyesight in the year 2000 following a work accident in 1999. In respect of Article 22 of the UNCRPD, it would not be ethical to reveal pieces of information of a private nature which a person with disability entrusted us. Over and above his fundamental rights for a minimum wage and permanent employment, Aslim deserves a strong psychological and social support.
As a reminder, Mauritius was signatory of the UNCRPD in September 2007, and ratified it in January 2010. As state member of the UNCRPD, the Republic of Mauritius irrespective of any government is under the obligation to fulfil its responsibility as laid down under the following sections of Article 27:
« (1).(e) Promote employment opportunities and career advancement for persons with disabilities in the labour market, as well as assistance in finding, obtaining, maintaining and returning to employment »;
« (j) Promote the acquisition by persons with disabilities of work experience in the open labour market »;
« 2. State Parties shall ensure that persons with disabilities are not held in slavery or in servitude, and are protected, on an equal basis with others, from forced or compulsory labour. »
With regard to TEDPB being the enforcement body for the protection of PWDs against discrimination in employment, it appears that the TEDPB is itself not respecting the TEDPB Act.
I am making a humble request/strong appeal to the government to reconsider favourably the terms and conditions of employment of all PWDs presently working at the TEDPB. The TEDPB should set the good example as employer of persons with disabilities.
I firmly believe that the much awaited and forthcoming Disability Bill will remedy the functioning of different stakeholders working for the welfare of PWDs such as the Medical Board, NCRD and others.

* Officer of the Order of the Star and Key of the Indian Ocean.
(recognition for dedicated service to persons with disabilities).
Commonwealth’s 83rd Points of Light Award from Her Majesty the Queen.
(In recognition for exceptional service supporting those with Down Syndrome and raising awareness of disability rights).
International Ambassador for Down syndrome Wall 47
Disability Rights & Awareness Campaigner (since 1993)
Former Chairperson TEDPB from October 2004-July 2005. 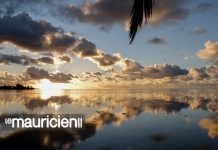