November 14th 2020 marked a milestone in the story of the subcontinent. On that day and month in 1889 was born Jawaharlal Nehru, the first Prime Minister of Independent India. As he took office he enjoyed a three-fold power-constitutional, popular, and that of being Gandhi’s heir. In the words of Gandhi, “I have said that he (Jawaharlal Nehru) was virtually my heir. This means he will take my place when I am gone”. On January 30, 1948, Gandhi was assassinated on the premises of Birla Mandir. 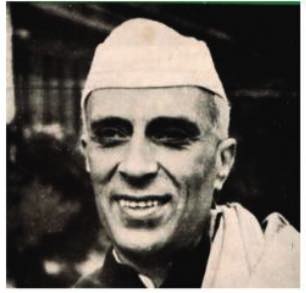 Thus began the Nehru Era. He mourned the passing away of Gandhi in a highly emotional tribute broadcast on All India Radio (AIR) in the following words, “Friends and comrades, the light has gone out of our lives and there is darkness everywhere… The light has gone out, I said and yet I was wrong. For the light that shone in this country was no ordinary light… that light represented something more than the immediate present…”

The time had now come to redeem the pledges Nehru and his party had made. The eyes of the world as well as his fellow countrymen were upon him to see to what extent these promises of the Congress would be fulfilled by this man. Shashi Tharoor, in his short biography, “Nehru The Invention of India” (2003) examines a great figure of twentieth-century nationalism from the vantage point of the twenty-first century.

This multi-faceted personality is today remembered as an aristocrat born to privilege who was moved by the plight of peasants because of his socialist convictions; a cosmopolitan who became the hero of the nationalist youth, a die-hard secularist who confronted Hindu mobs, in an attempt to stop the violence which the Partition brought in its wake; and a much admired and loved Prime Minister whose desire it was to educate the poor and downtrodden, illiterate and idolizing Indian masses in democracy by his own example.

This is his story in brief.

The only son of Motilal Nehru and Swarup Rani Kaul was born on November 14th, 1889, in Allahabad. As a child he was taught at home like the son of any upper-class English family by governesses and tutors. This education also bore the imprint of the essentially Hindu spirit of the ladies of the family. The young Jawaharlal listened to stories from Hindu mythology and folklore but the preponderant influence on his young mind was Western. He was thus brought up as a young aristocrat would have been in England. The transition to Harrow, which he joined for proper schooling, from Allahabad was a matter of course.

The Influence of Harrow and Cambridge

Jawaharlal Nehru did thoroughly well at Harrow as he was eager to get on to the University. While at school, he was awarded a book on Garibaldi written by the well-known historian, G.M. Trevelyan, as prize. It had a considerable influence on him. Earlier, the news of the Russo-Japanese war had excited him a great deal while creating in his mind the ambition to fight with the sword for the freedom of his motherland.

The passage to Trinity College, Cambridge, meant a tremendous change overnight. The young man experienced the freedom of the university and his interests expanded considerably. He became a member of the Majlis – a society of Indian students – which debated political issues. Jawaharlal did not make any fantastic academic efforts and showed no particular genius in the disciplines he had chosen. However, he took his Tripos in Natural Sciences and decided to study law. Like his father. It was the beginning of a life of ease and pleasure.  This did not prevent him from passing his law examinations. After a period of seven years, he returned to India in 1912. He was twenty three years old. Western ways had become instinctive with him. One of the main ingredients that went into the making of his mind was that English bent which he never got over. He thought in English, nay, dreamt in English, and, during sleep, babbled in English as Abul Kalam Azad, India’s Maulana, puts it.

Jawaharlal Nehru started practising law at Allahabad but found that a career in the field of law would be dull and willingly opted for the “far more exciting and adventurous sphere of politics”. There was little of note about Jawaharlal Nehru’s first few years back in India, until his marriage – arranged by his father – in February 8th, 1916.

Some three years after his return, politics began to draw more and more of his attention. Annie Besant, the extremist leader of the Congress, was an old family friend. She had initiated him into Theosophy. Jawaharlal joined her Home Rule League. He delivered his first speech on June 20th 1916 in Mrs Besant’s defence and the Press Act of 1910 under which she had been prosecuted. When Annie Besant was arrested by the British in 1917 for seditious activities, Jawaharlal abandoned any remaining doubt about his attitude to British rule in India. It must be highlighted that the event that sealed the fate of the British Raj and, irrevocably, brought Motilal and Jawaharlal Nehru to the conclusion that nothing short of Independence was acceptable occurred on April 13th 1919, in the town of Amritsar, commonly known as the Jallianwala Bagh massacre.

The Massacre made Indians out of millions who had not thought consciously of their political identity before. It turned loyalists into nationalists and constitutionalists into agitators.

The demise of Tilak and the official launching of Gandhi’s Non-Cooperation movement, both on August 1st 1920, marked the Mahatma’s rise to unchallenged leadership of the Indian National Congress. Gokhale had died earlier, in 1915, at the shockingly young age of forty-nine. The Mahatma’s triumph thrilled Jawaharlal Nehru. He soon became a leading figure in the UP non-cooperation movement. His was a simple message. “There was no middle course left; one was with either the country or its enemies, either with Gandhi or the Government. 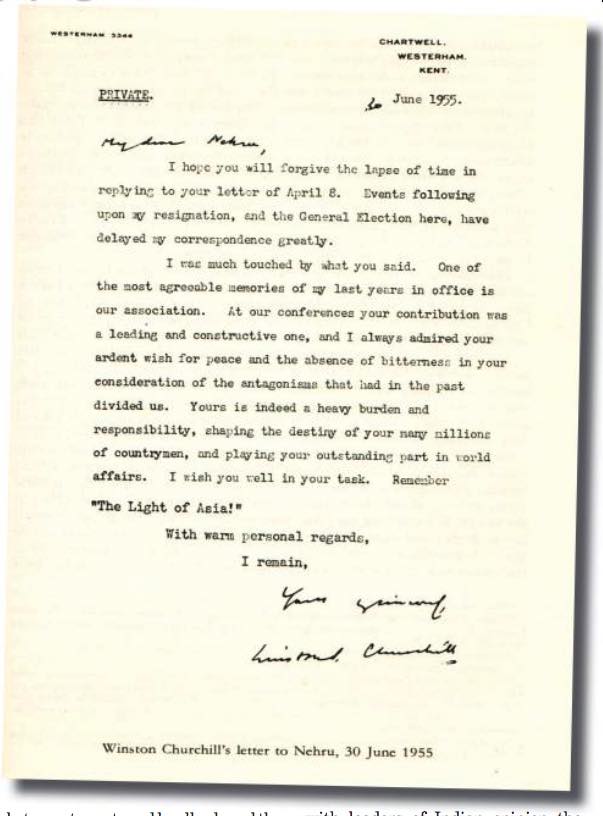 Jawaharlal’s daughter, Indira Priyadarshini, was born in November 1917. This affected Kamla Nehru’s health. Her husband’s absence made matters worse. For his part, he was deeply involved in the cause of the landless peasantry of UP. He started showing his emotional identification with them that would forever characterize his relationship with the Indian masses. By now, his shyness was completely overcome. It was replaced by the mounting oratorial confidence of an increasingly self-confident politician. “Greatness is being trust upon me”, Jawaharlal wrote to his father from Mussoorie. He supported the pillars of the movement Gandhi had launched in the country. They included Hindu-Muslim unity, harmony between tenants and landlords and the abolition of any form of exploitation.

On December 6th 1921, father and son were arrested, each for the first time in his life. Jawaharlal Nehru, by then, knew where his destiny would lead him. Other arrests were to follow. In April 1923, he was elected chairman of the Allahabad Municipal Board. He acceded to this post because he was the Congressman most acceptable to the city’s Muslim Councillors. He promoted his Nationalist agenda by making Muhammad Iqbal’s song ‘Sare Jahan se achha Hindustan Hamara’(*) a part of the school curriculum. He gave up the chairmanship of the Municipality after two years to devote himself to national affairs.

He had left India as Motilal Nehru’s son and Mahatma Gandhi’s acolyte but he returned as a man who had finally found his way. He was his own man. On September 29th 1927, Jawaharlal Nehru was elected to preside over the Congress at its December Session in Lahore.

Jawaharlal Nehru remained an outspoken advocate of the Allied Cause during the Second World War. Gandhi nearly died after another fast in 1943 while Nehru completed The Discovery of India. On June 15th 1945, he was freed from jail together with his Congress colleagues. The Armistice had been signed. World War II was over. A new reality awaited England on whose Empire it was once said that the sun never sets.

In February 1946, Prime Minister Attlee announced the dispatch of a Cabinet Mission to India ‘to discuss with leaders of Indian opinion the framing of an Indian Constitution’.

The end-game had started. Jawaharlal Nehru, who as Congress President in Lahore in 1929, had demanded complete independence had reached the point where he was ready to claim it. And India finally won freedom.

He dropped the formal lowering of the Union Jack from the Independence Ceremony in a bid not to hurt British sensibilities. The Indian tricolour was raised just before sunset and just before midnight, Jawaharlal Nehru delivered what Shashi Tharoor has termed “the most famous speech ever delivered by an Indian”. And the rest, including the war with China, is history.

The spirit of Nehru still hovers over India. What the future has in store for the Congress is anybody’s guess. His was a life dedicated to the welfare of India and its people. On his table were the following lines written by Robert Frost’s,

The woods are lovely, dark and deep,

But I have promises to keep,

And miles to go before I sleep,

And miles to go before I sleep.

Nehru finally found that sleep which he had evaded so much at the age of seventy-four. India mourned his death but resolutely moved on towards the destiny that was awaiting it. The subcontinent has ever since been striding towards ambitious goals. His contribution to what India is today cannot be ignored.

(*) Better than all the world is our India, is our country. 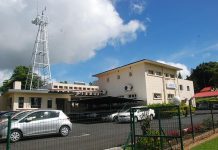 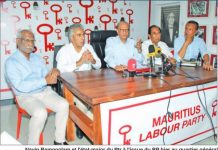 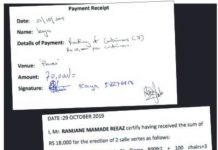