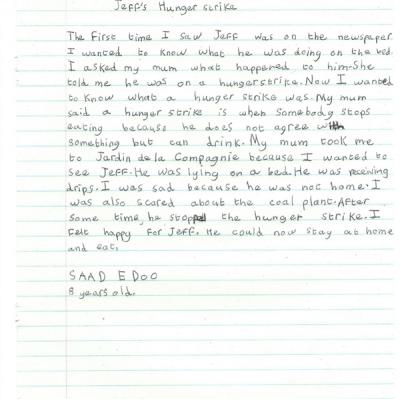 The first time I saw Jeff was on the newspaper. I wanted to know what he was doing on the bed. I asked my mum what happened to him. She told me he was on a hunger strike. Now I wanted to know what a hunger strike was. My mum said a hunger strike is when somebody stops eating because he does not agree with something but can drink. My mum took me to Jardin de la Compagnie because I wanted to see Jeff. First, I saw a lot of people. Then I saw Jeff. He was lying on a bed. He was receiving drips. I was sad because he was not home. I was also scared about the coal plant. After some time, he stopped the hunger strike. I felt happy for Jeff. He could now stay home and eat. 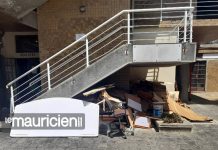 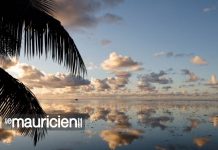 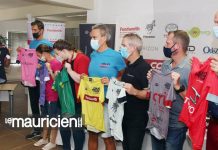 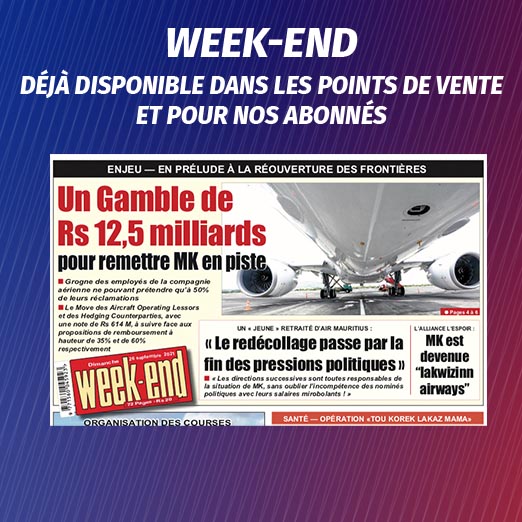