There is no need to enumerate the number of videos that have circulated online with incidents involving students, with the mouths of sailors, fighting each other, teachers, policemen; the list is endless. Each video comes with its loads of comments on the degeneration of youth and respect. Then the concern dies down until a next video is released. And the same discourses are back on track. The increasing violence is baffling. Or has this kind of violence always existed but not made public? Still, there is cause for concern on many levels.

The fact that young girls and boys have fought over girlfriends or boyfriends or over any kind of rivalry is nothing new. However, what’s new and disconcerting is that fact that these fights are now recorded, cheered upon, shared, and publicly derided. In the majority of cases, minors are involved, which means that their images are circulating without the consent of their guardians. Cropped images of them are being used as memes for collective humour. If social media users are incriminated for using the image of the Prime Minister and his family, shouldn’t there be a legislation to determine the treatment to be meted out to those who are using the images of minors for unproductive ends?

The upsetting aspect of these videos, and a testimony of the times we are living in, is the fact that there are willing onlookers and recorders but extremely few willing people to break out the fights. The cheering of onlookers is frighteningly eerie, for it seems that they are watching a show instead of watching two people tearing violently at each other. The lack of respect towards authority, be it teachers or policemen, is disturbing, for the violence towards same is symptomatic of the deeper disquiet and frustration that inhabits young people.

For too long, young people have been talked about and talked to. But there seems to be no real effort to let them do the talking so that a real insight can be obtained into their day to day challenges. Now is no longer the time to punish or “encadrer”, now is the time to let them talk, and to involve them in their own path towards a better tomorrow. 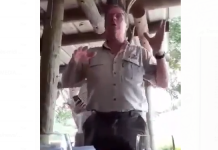 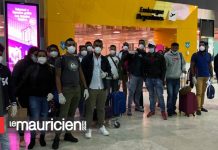