Labour and the Truth and Justice Commission 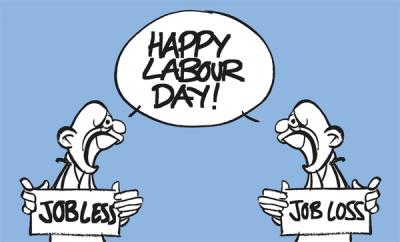 Introduction
The Truth and Justice Commission submitted its six volume report (four in hard copy and two in soft copy) to the President of the Republic of Mauritius on the 25 November 2011 , containing, amongst other things, some three hundred recommendations. Since then until December 2014, the previous government set up a few committees with the declared intention to study the report and either to study further the land issue and to make recommendations thereof or to allegedly make a selection of the recommendations contained therein with a view to implement them. Now in the year 2015, we have never been informed of any serious feedback from these committees, in which a political party currently in government was closely involved. It appears, in the end, that the setting up of those committees was an eyewash.
Yet the Truth and Justice Commission (TJC) had studied and researched in a wide range of topics and issues as provided and defined by its terms of reference. In the context of the Labour day, it is appropriate to remind the broad public of the key recommendations of TJC with respect to labour ; it would not be appropriate to delve in detail in the research carried out thereon as interested readers may refer to the report itself.
Moreover, it is relevant to recall that TJC found out in its research that, in a rather fundamental manner, the Mauritian society had structurally not changed with respect to labour and, in particular, in the latter’s role in the production and services sectors : Mauritius had adopted either forced unwaged labour as slaves or cheap indentured labour. Even today, from figures published by Statistics Mauritius, Mauritius still depends largely on cheap labour whether local or migrant and this was the case for the so called economic miracle of the 1980s.
It is of interest to remember that, in the 1930s, Dr Maurice Curé was leading a fight for a minimum wage for the working class. In fact, during the period of the great economic depression of the 1930s, the arithmetic mean (i.e. the average) of the wages of male agricultural workers decreased between 1927 and 1931 by 17.6 % nationally ; the rates for the districts of Savanne, Flacq and Pamplemousses were worse with respectively 28.6 %, 27.5 % and 25.1 %. Yet during that same period, some sugar estates were making considerable profits and, according to Elliot and Loughlane « A considerable part of the profits is said to have disappeared in purely private consumption and some of it to have found investment outside the colony ». (1931)
Is Mauritius qualitatively different now in the way its labour is being treated ? The following should provide food for thought and hopefully for action.