Events in the US House of Congress on Wednesday 6th January 2021.

It had to happen. So many people had forecast that his trumpery empire would collapse in chaos and bloodshed, as a logical ending to the constant tweeting and blasting out “We will make America great again”. There was direct incitation to violence on 6th January at Capitol Hill and if he has his way, more to come.

The spectacle – as seen worldwide – was one of desolation. Ninety years ago, in Germany, (isn’t Trump German?) another madman became uncrowned king of a defeated country using the very same promise: ‘We will make Germany great again!’ And at first he even seemed to keep that promise in the eyes of his dazzled supporters – to the extent of winning a General Election, just as Trump did in America.

Some part of the American problem might be the failures of an educational system. Many of Trump’s supporters are marginally literate, and an even smaller proportion are students of history, therefore vulnerable to the dangers of indoctrination and radicalisation by social media. In Mauritius, are we entitled to feel superior at the cracks appearing in the edifice of American democracy? How is democracy doing in our own little Paradise? What is the place of History in our own school curriculum? And since our own country is already so deeply divided along political/racial/social lines, are we really safe from the same thing happening over here? 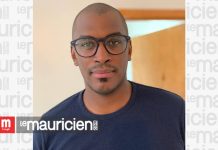 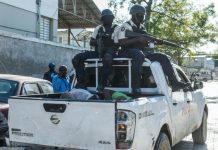 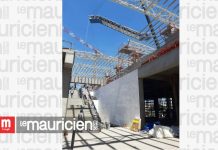