The Mauritian Wildlife Foundation, and the whole botanical community of Mauritius and beyond, is saddened by the death of Mr Gabriel d’Argent, doyen of the conservation of Mauritius on 15th February 2019.

Mr Gabriel D’Argent was born on 17th July 1924 in Union Vale, in south Mauritius. His father worked at the electricity company at Tamarind Falls, and his mother was a housewife. He had three brothers and three sisters. Gabriel grew up amidst nature and learned about plants and animals from Mr Brunette, a local forester, who he followed everywhere. Therefore, he heard the appeal of nature at a very early age, and a career in forestry attracted him. He went to school at Glen Park up to ‘la Petite Bourse’, and due to financial constraints could not attend secondary school. However, he helped his brothers and sisters with their homework. He joined the Mauritius Forestry Service at the age of 17, and appears to have been confirmed at the age of 19 (in 1943). He worked at several places e.g. Camp Thorel, Plaine Sophie, Gouly, Mare Longue. Regrettably, he witnessed the logging of native forest during his career, which was conducted at an accelerated pace in the 1900s despite attention being drawn to the serious consequences of forest destruction since the early 1800s.

Gabriel was married to Rita D’Argent, of Reunionese origin, and they raised three children, all born whilst Gabriel was based at forest sites. Gabriel climbed the ranks of the Forestry Service from forest guard to Forest Inspector. He met the eminent Dr Reginald Vaughan in the early 1970s, and became an assiduous student of the latter. Gabriel cycled between Plaine Sophie and Phoenix (near Collège Adventiste), where Dr Vaughan lived, to study botany! Dr Vaughan taught Gabriel plant identification and ecology and they became very close colleagues. Gabriel became a well-versed forest ecologist and was a reference to endless researchers and visitors.

Gabriel retired from the Forestry Service in 1984 at the age of 60. He received the ‘President’s Meritorious Service Medal’ in 1984. He had, since 1982, met Ms (later Dr) Wendy Strahm (Plant Conservationist of the World Wildlife Fund seconded to the Forestry Service; she was one of the founders of the Mauritian Wildlife Foundation in 1984). Wendy received funds to employ Gabriel in 1984 and he joined the Mauritian Wildlife Foundation. He was instrumental in supporting Wendy’s work in Mauritius to relocate rare plants, create Conservation Management Areas (CMA’s e.g. Brise Fer, Mare Longue, Pétrin, Florin –; native patches of forest fenced against deer and pigs and weeded of invasive alien species), and improve the management of Nature Reserves (Ile aux Aigrettes, Perrier, Vaughan’s Plot) and private forests (Emile Seriès, Mondrain). Dr Strahm completed a PhD study on the flora of Mauritius and Rodrigues, and left Mauritius in 1992. Gabriel continued to be employed by the Mauritian Wildlife Foundation after this. Since 1982/4, Gabriel has been intensively involved with the restoration of the Mondrain reserve, an area owned by the Medine Sugar Estate, and previously leased to the Royal Society of Arts and Science. Gabriel has, on behalf of MWF, worked tirelessly, most often on his own, to restore this 5 Ha reserve, which is a gem in our floral landscape and was inseparable from himself. 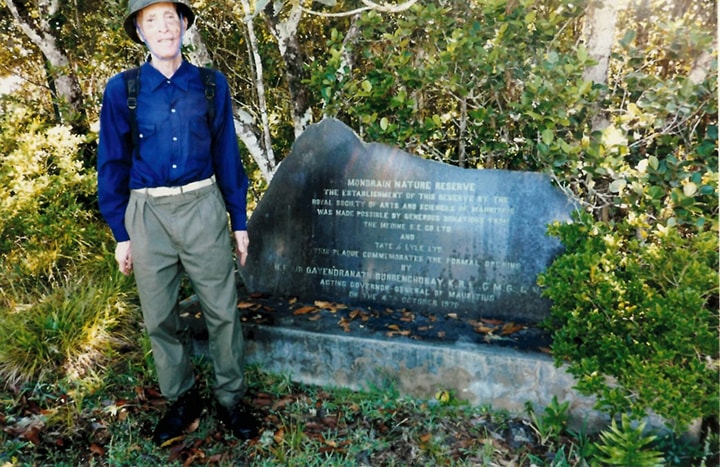 Together with Wendy Strahm, Gabriel took cuttings from the then last known and dying Dombeya mauritiana (Strahm 1993). They are thus accredited for saving a species from extinction at the last hour. Another wild individual would not be seen until 2009 (Florens 2009). Gabriel was the first person to insist that a bois de pomme growing in Mondrain was a new species. When it finally flowered and fruited years later, it was indeed confirmed as a new species, Syzygium pyneei (Byng et al. 2015). In 2016, a plant was named in Gabriel’s honour: Turraea dargentiana (Baider and Florens 2016). All of these species are Critically Endangered.

Gabriel has co-authored or supported several key publications, e.g. Page and D’Argent (1997) report and Rouillard and D’Argent (2009) book on ‘Le Jardin du Réduit’. The former is now a reference for conservationists.

On the occasion of his 90th birthday in 2014, Gabriel was appointed by the President of the Missouri Botanical Garden, Dr Peter Wyse-Jackson, to the prestigious position of ‘Research Associate’, in recognition for his ‘valuable collaboration and outstanding contribution to botany and conservation in Mauritius through many years’.

An endemic plant garden was established at the State House by the then President of the Republic of Mauritius, Her Excellency Prof Ameenah Gurib-Fakim, in 2016, and contains around 50 species.

Gabriel enjoyed good health (cycling several kms to Mondrain four times a week) and had a very sharp memory for dates, plants and their locations. He was often referred to as an ‘encyclopaedia’. He has been a trainer and collaborator for several local and international botanists who are now in key positions in Mauritius and abroad (e.g. David Lorence, Peter Wyse-Jackson, Wendy Strahm, Mike Maunder, Eshan Dulloo,

Ameenah Gurib-Fakim, Wayne Page, Vincent Florens, Jean Claude Sevathian, Vikash Tatayah —-). He was keen to support research on other taxa including invertebrates, birds, reptiles and bats. He continued to train the future generation of botanists up to the age of 94 when due to ill-health he retired from the Mauritian Wildlife Foundation. Nevertheless, he remained available to share his knowledge to field biologists and visiting scientists. He was a great narrator and shared his knowledge freely to researchers, and was highly respected for his wisdom and work ethics. He regularly conducted visits in the forest for interested groups (children, in particular) and participated in a long list of popular articles.

Mr Gabriel D’Argent was someone with broad interests including philately, history, besides botany. He was a member of the Royal Society of Arts and Sciences (Mauritius) since the early 1960s (or earlier), and on the occasion of his 90th birthday (in 2014) was made an Honorary Member.

Mr Gabriel d’Argent was the longest serving and eldest member of staff of the Mauritian Wildlife Foundation, and yet in many ways the youngest by his strength, determination, and lucidity.

Strahm WA (1994). The conservation and restoration of the flora of Mauritius and Rodrigues PhD Dissertation, University of Reading, UK. 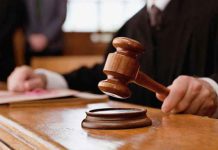