Given the hard struggles we face to survive the hard economic times compounded by financial crises in our export markets, I thought that our political leaders would put aside their hubris and agree on the future course during the Med Point scandal. Why should Jugnauth Jr. start a crisis when we expect our political class to take historical decisions to keep our economy afloat? Why should a Minister and lawyer target an Institution? One is tempted to ask: Cui Bono?
As far as the Head of Government is concerned, one can predict when the next Tsunami will hit more accurately than forecast his next move. Why this indecision? Well a simple answer is: this is Navin’s style.
But, one can trust that his will be a sensible decision. I guess ideas are colliding in his mind just as it happens in Shakespeare’s Henry IV. Is he fixated in Hotspur’s excessive passion of honour or will he cede to the concept of honour of the revelers of the pub at Eastcheap like Falstaff who represents those of society, full of fainthearted miscreants with a lack of morals that contribute to the decay of society?
The value of HONOUR is as high as a society places it. Our Society has elected some MNAs whom the same society will find it hard to believe if they are told by their representatives that Sunday comes before Monday. The issue of honour should indeed be of great importance to the Head of Government to make his next move. Will he succumb to Falstaff version?
Can honour set to a leg? No. Or an arm? No. Or take away the
grief of a wound? No. Honour hath no skill in surgery
then? No. What is honour? A word. What is that word
honour? Air. (5.1.130)
Or will he listen to Hotspur’s pursuit of honour?
O gentleman, the time of life is short!
If life did ride upon a dial’s point,
Still ending at the arrival of an hour.
And if we live, we live to tread on kings;
If die, brave death, when princes die with us!
Now for our consciences, the arms are fair,
When the intent of bearing them is just. (5.2.81-88)
Of course, I’ll bet my last penny that our English-educated Prime Minister has an ingrained culture based on old notions of “noblesse oblige”, or the obligations of the well-born. 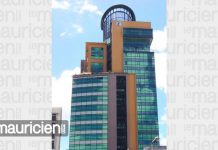 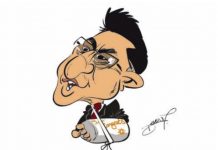 Is the Training and Employment of Disabled Persons Board setting the good example?