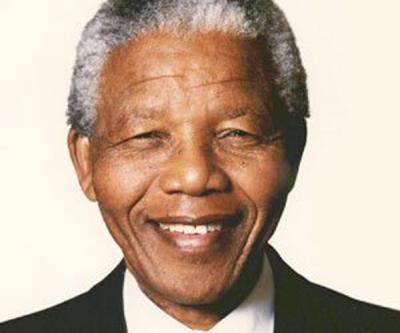 Leading from the front is a conventional type of leadership that we all know.  It implies getting up on a podium, giving a speech and inviting people to follow.  But it seems that the world is in search of a different kind of leadership which takes the back seat and moves people towards taking responsibility and creating the shared vision.
The phrase “Leading from behind” was first coined by the South African freedom fighter, Nelson Mandela.  A leader, he said, is like a shepherd, he stays behind the flock, letting the most nimble to go out ahead, where upon the others follow, not realizing that all along they are being directed from behind.  Leading from behind does not mean abrogating the responsibilities of leadership.  It is rather the higher responsibility of ensuring that the flock stays together.  Mandela’s concept of leading from behind is characterized by a deep sense of modesty and matured thinking that can be attributed to a patriarch who acts as a visionary and direction-setter for the good of his people.  “It is better to lead from behind and to put others in front, especially when you celebrate victory when nice things occur.  You take the front line when there is danger.  Then people will appreciate your leadership”.  This quotation of Mandela further sheds light on the notion of bravery and magnanimity required in this model of leadership.
The notion of leading from behind has sparked lively debate in the US politics.  In 2011, President Barack Obama made reference for the first time while stating the position of US “to lead from behind” in the internal conflict in Libya.  His opponents criticized him for this statement, since according to them showed signs of weakness and lack of commitments in foreign policy matters.  They took it as a face-saving slogan in view of the fact that it was France, not the US, which took  the lead in bringing down President Moammar Gaddafi.  The advisers of Obama referred it as US President’s strategy in the UN to get all the nations to support the “use of force resolution” rather than the US taking unilateral action.  They further explained that Obama’s leading from behind approach was to allow Libya decide its matter for itself.
In the US political polemics, the concept of leading from behind seems to have been given a different connotation.  Some have attempted to interprete it as pulling the wire from behind the scenes, or playing the second the fiddle or sitting on the fence.  Others have gone to the extent of poking fun at the slogan itself.
Despite the ambiguity muddled at the interpretation of “Leading from behind”, these three words are becoming the buzzword of modern management strategy.  The Harvard Business School envisions that in the coming decades or so, the most effective leaders will lead from behind, not from the front.  Leading from behind unleashes and magnifies the potential of the team.  In this style of management, the administrator acts like a good artist who creates environments where the team can lead, and where the public can engage with them.
Leading from behind has its own wisdom.  A wise leader must know the right timing when he/she must withdraw from the stage instead of perpetually imposing himself/herself in the front scene.  By stepping down voluntarily, without having to undergo a forced exit, he/she becomes an uncontested institutional memory and thus retains the goodwill of being consulted and having a say in the counseling process.  Leading from behind also means preparing a succession plan so that new elements can be coached and prepared to take up the leadership and ensure the continuity.
Just have a quick look at many of the institutions and associations in Mauritius, especially the youth bodies and socio-cultural entities.  It is found that one and the same persons monopolizing the leadership for decades and stubbornly clinging to it even when they have one foot in kabar (tomb). The tragedy is that when they suddenly disappear from the scene, it is not easy to fill the vacuum and thus the institutions/associations fall in disarray.
Leading from behind is a potent way of getting your ideas and vision move to the centre-stage by empowering and inspiring others to take the ownership.  It is a new kind of leadership which endeavours to tap the power of collective genius.