Living with a (super) soft currency is far from wonderful 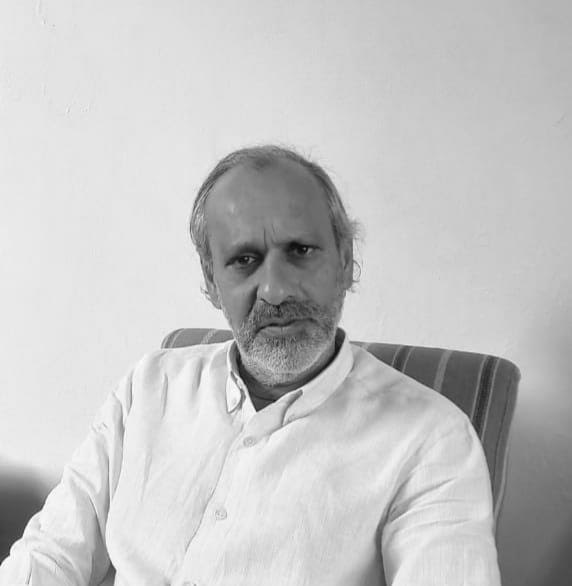 Our trade unionists and businessmen seem to be unable to put their heads together. The ongoing tug of war between the appeal for an income target that can keep up with purchasing power loss and the affordability of employers to reach that target is curtailing all potential synergy required to shape a balanced socio-economic expansion.

A nation’s competitive edge primarily rests on the commitment and savviness of its political and business elite to create the optimal environment that may, on the one hand, meet the quality of life expectations of the human capital and, on the other hand, satisfy the anticipated (and fair) return on investment and risk of entrepreneurs. In terms of policymaking, it means harnessing the capabilities of stakeholders to inspire mutual trust, boost overall productivity, and enable innovation, arguably the key drivers of the coveted competitive edge.

The symptoms of the decay are here for all to see: the situation is getting worse by the day. Yet a comprehensive diagnosis is long overdue. How else to seek the cure? Citizens are increasingly taking refuge in « tribes » they deem fit or contemplating migration. It is extremely doubtful that providing nationwide access to betting is the mental relief to hopelessness and helplessness. Fuelling other addictions, including hard drugs, is definitely not. Ironically, locals have to furthermore bear the brunt of a pet development model bent on selling property to foreigners lured by tax optimisation. In its wake, the habitat market outprices locals. Whatever incentives still left for entrepreneurs to venture into food production, and hence contributing to heal the ailing national food sovereignty, are watered down.

Unless you deal directly and regularly with foreign exchange, it won’t occur to you how exchange rate can impact negatively on expenses and income. Most people are confronted with a brutal reality check on the actual purchasing power of the rupee and their own when they travel or transfer money for their children studying abroad. In our context where production for local and foreign consumption overwhelmingly relies on imported inputs, a deliberate policy of rupee depreciation passes through a wide spectrum of costs and prices, and irremediably inflates them.

Mauritius has got talent, but is has been stifled

Rupee depreciation gets venomous when it outruns pay rise – the Mauritian experience actually. The longer depreciation persists, the more exporters expect it and the less stimulus it provides for innovation and productivity gains. Not only does it hurt our global competitiveness and disturbingly misallocate wealth generated and exacerbate income inequality, it induces unexpected costs – namely weakening rule of law, social ills, xenophobia, uncivil behaviour, environmental degradation, toleration of fake items and normalisation of delivery of substandard goods and services. Persistent depreciation weakens the social fabric and disturbs nation-building.

If collaboration is the currency of a peaceful human journey, a continuously battered currency thoroughly undermines it. Michael Porter, the undisputed competitiveness professor: « devaluation causes a nation to take a collective pay cut. Exports based on low labour and a cheap currency, then, do not support an attractive standard of living. » When you earn your living through a hard currency or an activity closely related one way or the other, you would not feel the pinch as would someone deriving a rupee-denominated pay. At least when rupee depreciation is smooth. When the slide is steeper and, simultaneously, market fails in many sectors, we all have to reckon with it. Even if for the more privileged and the entitled coping is way less challenging. Is there much to brag about being a rupee multi-millionaire?

We cannot afford degrowth as advanced nations profess: we ought to be in catch-up mode. As we have been cursed with a Gross Domestic Product (GDP) growth that has often been inflationary and quasi-jobless without any thoughtful structural update, our systemic inadequacies have been laid bare and the competence of our administrators unequivocally tested in this Covid-19 era. Catch-up has been slippery for most. Sustainable GDP growth requires a vibrant domestic market. In our case, we have no choice but to open up to global trade, expats and guest workers to back up an aging population. It may sound pragmatic to hint at Singapore or Dubai. But it is absolutely cruel to advocate more foreign labour however inevitable with reluctant and inadequately trained local workers who naturally do not feel rewarded by the lopsided system.

One prerequisite never mentioned is the monetary stability of Dubai and Singapore. The latter bracing enough grit to go as far as internalising an appreciation bias of the Singapore dollar. Karl Schiller, a former German Finance Minister, was clear and uncompromising: “Stability is not everything, but without stability, everything is nothing”. It would take some kind of magic wand to attract industrial foreign direct investment under the conditions prevailing in Mauritius. The cynical response is to indulge in the pet model of property development for high-heeled foreigners and treat them as first-grade citizens. At the same time, it deindustrialises the country in moronic fashion.

A « statistical bunkum » is how The Economist dubbed the figure quantified by those who claim they can precisely gauge currency misalignment. Unless you wish to play God, it is impossible to identify and factor in all variables in a bid to measure a complex reality. Instead The Economist has been running the Big Mac Index since 1986 as « a tool to make exchange-rate theory more digestible ». According to latest raw data available, the Big Mac index suggests our rupee is undervalued by about 46%* relative to the US$. What is nonetheless real is: from fiscal indiscipline Mauritius has now lapsed into fiscal recklessness. And that’s even more criminal. When the price of one dhal puri for instance jumps from Rs 15 to Rs 20, after some time the price sinks in. Not without gnawing at your wallet. If that illusory equilibrium is still beyond your reach, you have no alternative but to eat, say, one dhal puri less than your habitual lunch.

Singapore has the no-nonsense brand of leadership it takes to target an exchange rate. A luxury that eludes most nations. Alternately, central banking has earned itself a bad name and is currently undergoing a backlash. To rein in the politicisation of monetary policy and contain the discretionary power of governments to print rupees to finance deficits, we may need to adopt a currency board as Estonia or Hong Kong and other offshore conduits the British implemented to safeguard their funds and optimise their investments. Our offshore platform is an exception with the country’s arbitrary monetary policy. In an intricately knitted world, aspiring to monetary sovereignty for countries such as Mauritius is like chasing the horizon. In fact, Singapore’s stellar monetary policy is often confounded with a currency board.

What is a currency board? It is a monetary authority that is legally bound to issue a local currency at a fixed rate relative to a single hard currency (or a basket of trading currencies) with all units in circulation backed by foreign currencies. In addition, with the credibility and confidence factor instilled, households and businesses can expect an interest rate on loans in line with the countries of the anchor currencies. The French secure their wealth in West Africa with a monetary union around the CFA franc, albeit on infinitely less equitable terms. The East African Monetary Union with a single currency is scheduled for 2024. « Keys to Prosperity: Free Markets, Sound Money, and a Bit of Luck » by late economic thinker Rudiger Dornbusch, whose academic advisor was Robert Mundell and celebrity students were Paul Krugman, Kenneth Rogoff,  namely, offers an insightful read.

Mauritius, the surreal side

In a small and open economy, sound money is a critical determinant in minimising the cost of running businesses and households. The world is growing more polarised, adding more uncertainties is akin to self-inflicted torture. This in turn creates a vicious circle weighing on the risk premium of businesses and embittering human capital. The dominant national narrative has in effect been an expression of how out of touch the « silent agreement » actually is between the business elite and political elite with grassroot Mauritius. The zeitgeist epitomises the triumph of moneyed interest over general interest. Measuring performances in a debased currency makes a mockery of leadership.

As the disconnect grows colder and colder, so do tensions and the reactionary impulses. Anthropological insights and systemic thinking have never been more desired. Did anybody feel anything in the air that even brushes with these imperatives? Proactive insiders of the « silent agreement » should better take the lead jointly with wise outsiders. It is a matter of enlightened self-interest and salvation for all. Regardless of how dollar billionaires Elon Musk and Richard Branson envision life in outer space. A blend of hubris, ideology and blind followers makes a toxic cocktail. Only a dose of creative ideas can bring some sobriety. 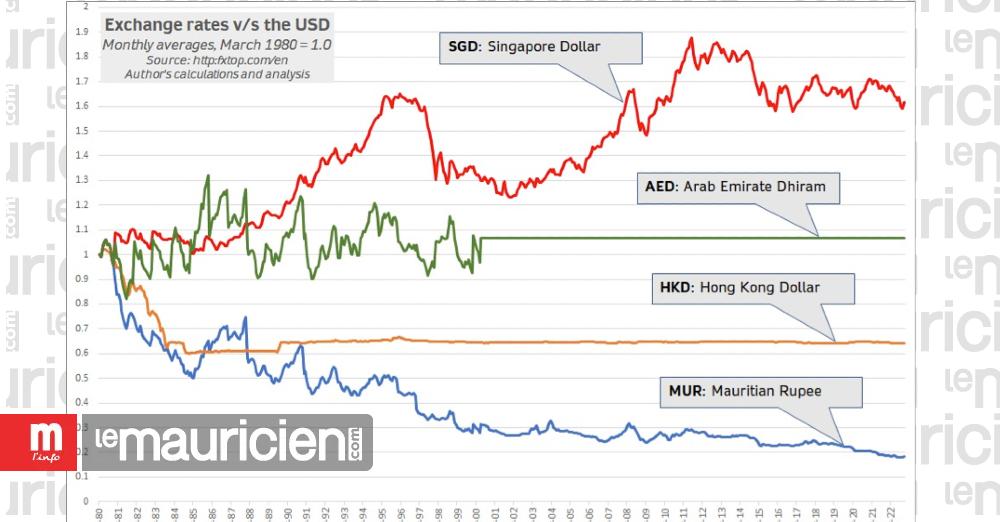