I discovered Gujarat while you were its Chief Minister. To my utter surprise, I made the cover of ‘Real News’ magazine, next to an imposing photo of yours. One of my hosts, a staunch believer in you, did not let pass this opportunity of show-casing the apparent admiration of a Muslim, be it from Mauritius, for ‘Vibrant Gujarat’.  Like several like-minded business magnates, the former already saw you as the next Prime Minister of India at a time when you were even barred from entry in the United States.

Ever-since, you have been raised to vertiginous heights, the ‘Howdy Modi’ event earlier this year demonstrating that it is President Trump who needs to be introduced, by you, to ‘your family’ of U.S citizens of Indian origin. You do share a lot with Trump and also with Prime Minister Netanyahu. No wonder that  an almost identical catchphrase has been coined by all three of you in campaign ads on social media: ‘They’re not after me, they’re after you!’

Even here in Mauritius, an attempt was made to influence the Muslim vote by claiming that you were after them! Apparently, it did not have much impact. But triggered by some crafty spin-doctor, it might have subliminally directed your local supporters to  whom should they vote for.

In the build-up to the Mauritian general elections, almost no one evoked the situation in Jammu and Kashmir. The local mainstream media, not to mention the national television, observed a similar black-out on the plea of the Kashmiris. To touch upon such a sensitive issue, particularly in the context of an electoral campaign, is still a taboo. I did not, either, address it head-on. Nor was the astonishing judgment on the Babri Masjid/Ram Temple a topic to refer to. More than a fear of disrupting our ‘vivre-ensemble’, hesitation aroused because it might be perceived as a case of a Muslim standing up against injustice towards Muslims.

I was wrong.  It was a question of justice and human dignity above all, not just a case of Muslims suffering. Worse, it was a matter of denouncing indecent manipulation by dominant forces in politics and in the media. I am ashamed of my silence at the time.

But you should be proud. Not because of your similarities with Trump and Netanyahu about ‘them’, but for the fact that so many people in India do not want you to be unjust. Some of them, from Assam to UP, have died as martyrs because they believe in India as the greatest democracy in the world, a secular pluralistic society, a haven of tolerance and freedom.

Likewise, in Mauritius, many of us and not just Muslims, are speaking out against the limits you have crossed. It was tacitly understood that when our Prime Minister declared, during the last electoral campaign, that what happened in India would not happen here, it meant that he did not approve of it. The sincere bond of brotherhood that binds our two nations, and you to him probably, should be strong enough to allow him to remind you that you are going too far. With all due respect, and because of such respect, you need to be protected from erring any further. Such counsel needs not be publicized or formalized at the highest level of Government, but it must be effected.

Modiji, it is not too late for a Happy New Year for all. 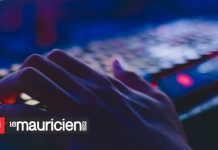 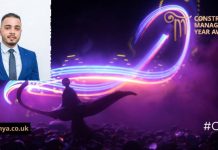