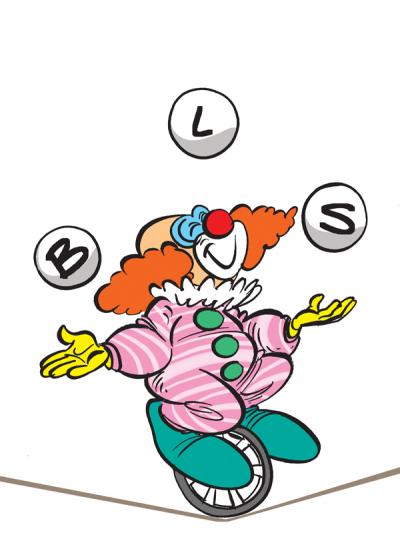 Mr Michael Sik Yuen controversially declared himself as belonging to the General Population (GP) when he put in his candidature for the 2010 general elections because, in his own words, “il est temps de penser en mauricien” (Advance, 10 January 2014). While exhorting the youth to think in terms of Mauritian in a speech delivered on 17 December 2013, Dr Navin Ramgoolam implied that he will imitate Michael Sik Yuen when he stands as a candidate at the next general elections.  A newly formed political party, the Rassemblement Citoyen pour la Patrie (RCP), will ask all its candidates at future general elections to declare themselves as belonging to the GP, which, in its view, will overcome the communal nature of the best loser system (BLS). However, a simulation of the allocation of BLS seats after a general election reveals that, if more candidates follow the example of Michael Sik Yuen, the allocation would be severely distorted. As a result, some communities would feel that they have been cheated thereby creating a tense atmosphere that will have grave consequences for the country.
The BLS was designed to ensure an adequate representation of the country’s communities in proportion to the number of persons in their fold. According to the First Schedule to the Mauritian Constitution, the population of Mauritius shall be regarded as including a Hindu community, a Muslim community and a Sino-Mauritian community, and every person who does not appear, from his way of life, to belong to one or another of those 3 communities shall be regarded as belonging to the GP, which shall itself be regarded as a fourth community. Given that the definition of the GP community is quite loose, any Mauritian fits the definition and can declare himself as being a GP. Therefore, any move to legally dispute Michael Sik Yuen’s community declaration prior to the 2010 general elections would have been unsuccessful. Similarly, prior to future general elections, challenges in court to declarations of Dr Navin Ramgoolam and those of RCP followers that they are GP will be dismissed.
We shall recall the results of the 2010 general elections before analysing the impact on the allocation of BLS seats in the context of the same elections if more candidates besides Michael Sik Yuen declared themselves as being GP.  The split of successful candidates as a result of the 2010 general elections was 36 Hindus, 9 Muslims, 1 Sino-Mauritian and 16 GP. Based on these results, the electoral commission had to allocate the BLS seats to five GP and two Muslims who had been unsuccessful at these general elections. The selected candidates were Stephanie Anquetil, Jean Francisco Francois, Josique Radegonde, Mohamud Raffik Sorefan, Michael Sik Yuen, Reza Issack and Aurore Perraud. However, in the eyes of a significant portion of public opinion, the candidates chosen by the BLS were one Sino-Mauritian (Michael Tzoun Sao Sik Yuen), four GP and two Muslims.
For the purpose of our analysis, we shall assume that 13 successful candidates, who instead of identifying themselves as being Hindu, declared themselves as GP before the 2010 general elections. These candidates are Navin Ramgoolam, Devanand Rittoo, Satish Faugoo, Lormesh Bundhoo, Balkisoon Hookoom, Pravind Jugnauth, Leela Devi Dookun, Anil Bachoo, Prithvirajsing Roopun, Rajesh Jeetah, Arvin Boolell, Vasant Bunwaree, and Pradeep Peetumbar. All of them have participated in several general elections as Hindu candidates and are perceived as being Hindus by the population because on various occasions they have identified themselves with Hindu socio-cultural associations. As a result of our assumption, the split of successful candidates would be 23 Hindus, 9 Muslims, 1 Sino-Mauritian and 29 GP. A simulation of the allocation of BLS seats according to these results would designate the following 8 Hindu candidates: Ashok Jugnauth, Kreepanandsing Bumma, Ajay Gunness, Vijay Makhan, Sanjiv Mulloo, Ramsamy Chedumbrum Pillay, Sunil Dowarkasing, and Rama Valayden.
The main issue arising out of the above outcome would be how public opinion would welcome the allocation of the BLS seats to 8 Hindus instead of 5 GP and 2 Muslims. Many would view the whole episode as a conspiracy by the Hindu community to deprive the GP and the Muslim communities of their rights and a domination of the “minorities” by the “majority”, a situation that the BLS was intended to avoid. Aggrieved sections of the population would hold demonstrations leading to violence that may tear the country apart. So, instead of consolidating the “penser en mauricien”, imitation of the initiative of Michael Sik Yuen on a wider scale will result in a post electoral disaster.