Recall that the bean-counters were quick to say that their ‘reforms’ had produced green shoots followed by an early harvest in 2007 and a bumper crop in 2008. That is easily disproved. They also said something else: that growth rates would have been a lot better had the Great Recession — which began in 2008 and lasted 18 months — not happened. And that as soon as conditions will get sunnier in the world things would improve for us because we’re one of the world’s most open economies. But as the graphic shows, we didn’t really rebound when times got better. Unlike the object of our economic fantasies: Singapore. We also know for a fact that a lot of the record poverty that was created has been produced well before 2008. And before Bheenick got appointed as Governor.We also know what’s holding us back. 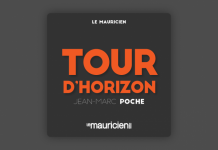