Jinnah was born on December 25, 1876, in Karachi in a Shia Khoja family. However, it is reported that very early in his life, he accepted the Sunni Mazhab and lived as such till the end of his days. He would live to be seventy-one years old when he passed away on September 11, 1948. By the time he died, he was an internationally known leader, who was deeply involved in the ‘fight’ to get the British to leave India and, as such, was part of Mahatma Gandhi’s “Quit India Movement.” However, he was ever conscious of the large Muslim minority in India to which he also belonged and for whom he eagerly sought political safeguards in an independent and free India, which was his prime concern and the major reason he got into politics.

He joined the Indian National Congress and hoped he would get a sympathetic response over his concerns for the Muslims of India from the major stakeholders – the Hindus – in a united and independent India. Jinnah was ever concerned that the Muslims in India, who constituted a significant minority, had to be assured of certain constitutional safeguards or they stood the risk of being ‘swamped’ by the country’s overwhelming Hindu majority. So much so, he joined the “Quit India” movement of Mahatma Gandhi and became a great proponent of Hindu-Muslim unity. However, Jinnah would soon find that the Hindu-dominated Indian National Congress did not view his claims favourably. They literally thwarted them and Jinnah became disillusioned and, understandably, left the Congress Party to later join the All–India Muslim League and began to advocate for a separate Muslim-majority State in India called PAKISTAN. And thus began a new chapter in his struggle for the Muslim minority in a free and independent India. 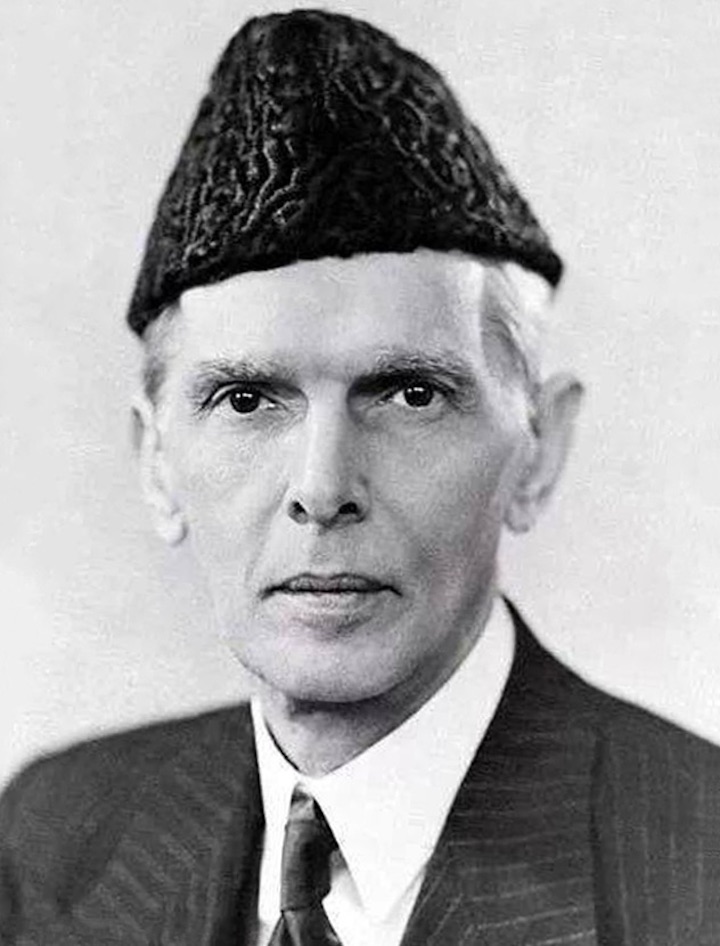 For a while, Jinnah, who had returned to England where he stayed for some time, received the visits of many stalwarts of the Indian Muslim community who urged him to return to India to take up the struggle. It was during that same time that the well-known poet and philosopher, Allama Muhammad Iqbal, who was in correspondence with him, urged him to return to India, which he did. In fact, it was in one of his letters to Jinnah that Iqbal, who would become the President of the All–India Muslim League, first suggested to him the idea of a separate State for the Muslims of India in the regions they constituted a majority. Jinnah would take the idea to heart and pursue it relentlessly till the British agreed to the partition of the sub-continent. Thus, Mohammad Ali Jinnah would literally change history and the map of the world. The Indian sub-continent would be split into two states: India (Hindustan) with a Hindu majority and Pakistan with a Muslim majority. It all became a reality in mid-August, 1947.

Muhammad Ali Jinnah became the first Governor-General of the new Dominion of Pakistan on August 14, 1947, and from then on, he would become kind of a legend in the land, honoured as “Quaid–e–Azam” (Great Leader) and as “Baba–e–Quom” (Father of the Nation) by the people of Pakistan. His birthday would be  a national holiday in the new State where he is till today the most respected and venerated leader. Pakistanis hold him in awe and talk of him with great respect and rarely refer to him by name. In fact, he is to them always “Quaid–e–Azam!”

Jinnah studied Law at Lincoln Inn in England from where he developed a strong taste for western style of clothing. On successfully completing his law degree, he returned to India and registered as a barrister at the High Court of Bombay where he practised as the youngest Muslim lawyer ever in Bombay. However, he would soon be drawn to national politics and would eventually rise to prominence in the Indian National Congress and become a strong advocate of Hindu-Muslim unity as India pressed the ruling British Government for Home-rule.

Jinnah became one of the leading figures of the “All–India Home Rule League” and, as such, proposed a 14-point constitutional reform plan to safeguard the “political rights of the Muslim minority in India.” However, Jinnah’s plan would not fly with the top brass of the Indian National Congress. Understandably, he resigned from the Congress Party soon after.

By the year 1940, Jinnah firmly believed that the large Muslim minority in British India would not survive in a largely Hindu dominated India. They were very likely, he believed, to be ‘swamped’. He therefore campaigned for a separate state for the Muslims of India. Thus, that same year, the Muslim League, which Jinnah had joined and had been welcomed with open arms, was instrumental in getting the League to vote favourably on the “Lahore Resolution” which formally demanded “a separate state for all British Indian Muslims.” Then came World War II, which changed the dynamics of the ‘Quit India’ movement led by Mohandas Gandhi.

However, during the same time, the All–India Muslim League gained in political strength. In the provincial elections held at the time, the League won all the reserved Muslim seats. And during the negotiations that followed afterwards about the future of India, neither the Indian National Congress nor the All–India Muslim League could come to an agreement about a power-sharing formula to keep India united into a single country after Independence, that is, with a Hindu majority. So much so, Jinnah, insisted then on a separate Muslim State for the Muslim minority of India. As a matter of fact, Jinnah had become kind of leery of the attitude of certain Hindu leaders in the Indian National Congress to the demands of the Muslim minority except for Mahatma Gandhi, who, for one, till the end did not want India to be split. To him, “the Hindus and the Muslims were the two eyes of India.” The British Government ultimately agreed to Jinnah’s demand for a separate Muslim State. Pakistan would be delineated along those provinces where a majority of the Indian Muslims lived, notably: in Punjab and Bengal. While there was a consensus on the proposal, it was clear from the beginning that Mohandas Gandhi (now known as Mahatma (Great Soul), remained the strong spiritual proponent of a secular, undivided India. He was not happy with the outcome but was powerless. He quietly, despite himself, accepted the decision of the political stakeholders.

However, it must be pointed out that behind all the drama that were going on during the onerous discussions on the ultimate status of British India, another drama was enfolding on Jinnah’s side. In fact, Jinnah was pressed for time and he wanted negotiations to round up soon because he knew he was … dying! Only he knew, how crucial time was to him. Indeed, Jinnah was sick – very sick! He had caught the terrible disease of the time: tuberculosis (TB) but it was a secret well-guarded by Jinnah and his family and his close family doctor.

Thus, Jinnah knew, unless the discussions about India’s future were finalized quickly, he might well not be around to be a part of the history-making outcome of those discussions on the freedom of India and the creation of the Dominion of Pakistan. So, was the process kind of ‘expedited’? There is no proof of that but, sure, Muhammad Ali Jinnah very much hoped that it did. And, fortunately for him, it was. Soon agreement was reached among the parties. A new State of Pakistan was created on ‘the basis of religion’ and became a reality on August 14, 1947, with Muhammad Ali Jinnah as its first Governor General. It meant the sub-continent of India was split into two countries: India and Pakistan which, for its part, actually comprised two parts: East Pakistan (East Bengal – to-day Bangladesh) and West Pakistan, which was formerly part of the Province of Punjab.

No one knew about Muhammad Ali Jinnah’s illness. Count Mountbatten, who would be the last Viceroy of India, arrived in India in 1947 to preside over the final days of British India. Jinnah died about a year later in September, 1948. Indeed, neither the leaders of the Indian National Congress nor the British had suspected the seriousness of Jinnah’s illness. So much so, Lord Mountbatten was surprised of the ‘sudden’ demise of

“Many years later, Mountbatten would confess that had he known of (Jinnah’s sickness) he would have delayed matters until Jinnah was dead; there would have been no Pakistan.”

However, the birth of the new country of Pakistan was a painful chapter in the history of India in terms of human tragedy. There were numerous clashes at the border between migrants moving from one side (India) to the other (Pakistan) and, millions were killed in the communal riots that followed. It was a tragedy no leaders seemed to have foreseen or anticipated — except, perhaps, Mahatma Gandhi! 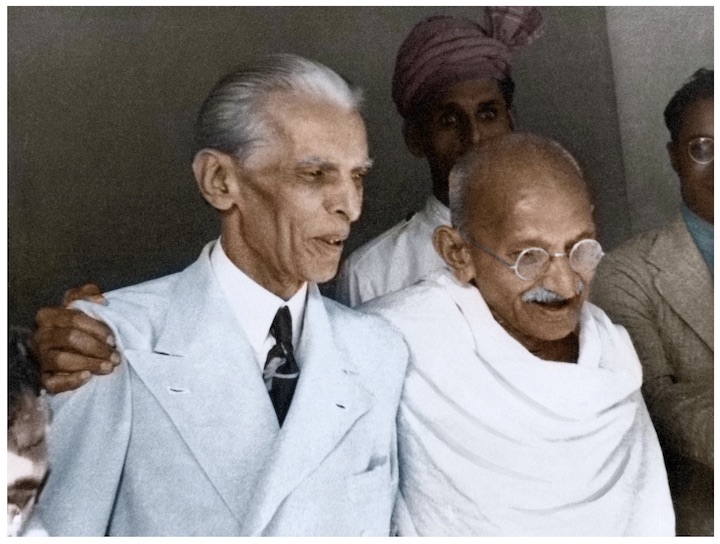 However, as the world knows, Jinnah did not survive long after the proclamation of the Dominion of Pakistan. He passed away a little over a year later but he had the satisfaction to see his dream of a country for the Muslims of India become a reality.

But it must also be pointed out that Pakistan, as a country, could not accommodate all the Muslims in India were they to choose to move to the newly created State of Pakistan. In fact, India, which had endorsed a secular Constitution of its own, gave the Muslims living in India, the choice to move to the new State of Pakistan or stay in India and a great many of them opted to stay in India. So much so, to-day there are more Muslims living in India than in Pakistan, from which “East Pakistan” would secede to become an Independent separate State’ on its own: “BANGLADESH” in 1971 thus making India the second country with the largest Muslim population in the world to-day.

Whatever was the dream of Muhammed Ali Jinnah was for Pakistan as a Muslim country may not have been fully realized but the fact remains, he single-handedly forced the mighty British Empire to split the sub-continent into two countries: India and Pakistan – a feat hitherto unparalleled in history and which distinguishes him from other freedom fighters of the world. In fact, Akber S. Ahmed in his book “Jinnah, Pakistan and Islamic Identity” has very tacitly summed up Jinnah’s unprecedented political achievements:

“Islam gave the Muslims of India a sense of identity; dynasties like the Mughals gave them territory; poets like Allama Iqbal gave them a sense of destiny. Jinnah’s towering stature derives from the fact that, by leading the Pakistan movement and creating the state of Pakistan, he gave them all three. For the Pakistanis he is simply the Quaid-i-Azam or the Great Leader. Whatever their political affiliation, they believe there is no one quite like him.(1)