Oiling incidents can occur without warning anywhere in the world and they mostly occur on seas. On Saturday the 25th July, the MV Wakashio grounded on the coral reefs off the coast of Mahebourg and was declared as wreckage. Regardless of the source or the size of the incident, there is always likelihood that as a result of the wreckage of the ship, significant release of oil will take place. The worst happened on the 6th August when the leakage of oil from Wakashio started polluting the lagoon.

There are actually intense oiled wildlife casualties on the shorelines right from Mahebourg to Bambous Virieux while the longer impending threat to our marine ecosystems is still being assessed. This could have been prevented and should have been prevented. It’s all about our level of preparedness, about the capacity within the country to take the right decisions. This article brings to light some of the issues that need to be raised irrespective of the political government of our country.

Nearly a Year ago. On August 29 of last year, Prime Minister Shinzo Abe held a Meeting with our Prime Minister in Yokohama, Japan, in the aftermath of the Seventh Tokyo International Conference on African Development (TICAD7). Our PM expressed his gratitude for the support provided by Japan to date, and stated his expectation for further support from Japan in such areas as disaster prevention and measures for maritime accidents. The rest is the twist of history.

The Japanese in action. The Nagashiki Shipping Co. Ltd (Nagashiki) the owner and manager of bulk carrier Wakashio and Time Chartered to MOL is already playing it smart. In a recent press communiqué dated 16th August, the company is building its image by mentioning that it has the collaboration of local volunteers. Such a statement acts in its favour and weakens our case for damages. Authorities should be very careful on their public statements on the status of the situation.

The Japanese Environment Minister Shinjiro Koizumi said that Tokyo planned to send a team of officials from the ministry and other specialists to Mauritius to assess the damage from the fuel oil spill. If this is so, then this assessment needs to be assisted by an independent team.

Compensation – the process? Under the International “Convention on Civil Liability for Bunker Oil Pollution damage” referred to as the BUNKER convention, which is being administered by the International Maritime Organisation (IMO), it is stated that the owners of vessels are now responsible for damage caused by oil leaks. That means Nagashiki rather than Mitsui OSK is liable and Nagashiki said it would « deal with compensation claims based on applicable laws ».

Compensation amounts paid by ship owners are governed by the 1976 Convention on Limitation of Liability for Maritime Claims and a subsequent amended convention agreed in 1996. This agreement also requires owners to ensure they have adequate insurance.

According to the Toda Law Office in Tokyo, Mauritius has ratified the 1976 version, which limits payments to 2 billion yen ($18.7 million) while Japan has signed the 1996 document, which has an upper limit of 7 billion yen. It will be up to any court ruling on compensation to decide which one applies in this case.

Question 1 – Was the vessel seaworthy? On the 14th February 2020, five months and twelve days prior to the wreck, MV Wakashio was examined by the Australian Maritime Safety Authority at Port Hedland and three deficiencies were noted which included the “ Nautical publications”. According to expert advice this deficiency is considered as very serious (confidential report of Lloyd’s List Intelligence). Has the ship captain presented its most recent PSCI (Port State Control Inspections) results to our local authorities? Is there any update on the deficiencies as listed below?

Q. 2 – Can the ship captain explain this particular movement of his ship Wakashio?

The data above shows clearly those strange movements when the ship was at 22.2 nm from Port Louis.  I am a layman and I want to understand what happened between “nearing 22.2 nm and stopped at 22.2 nm”. Why did the ship stop for 1 hour and then move 0.1 nm again for a further stop?

Q. 3– Have the foreign experts or the salvage team informed our authorities about the nature of the fuel used by Wakashio? According to international experts, the fuel used by Wakashio is a very recent product that dates only two years ago. This is the first wreck of a ship using the “Very low Sulphur Fuel Oil – VLSFO” and probably no expertise is available to deal with it. This could make restoration work more difficult.  Experts I contacted said : « [Wakashio used VLSFO (Very Low Sulphur Fuel Oil). This is a relatively new product. Only having been released onto a wider market in the last couple of years. Technical data and behaviour and fate (of spilled material) info has only been gathered following testing in north European waters (sea temperatures 2 degrees through to about 12 degrees) and therefore not reliable when applied to tropical waters.

There are 2 main types of VLSFO… CHEVRON version and SHELL version: slightly different, but both composed of a mixture of refinery residuals and distillates. Both (in N. Europe waters) have been tested as VISCOUS and capable of relatively high EMULSIFICATION.  Both generate stable emulsions, which have NOT been shown to be susceptible to emulsion breakers. Neither has been shown to be effectively susceptible to dispersant treatment (even at application rates of 2,000 ppm)] »

Is the salvage team prepared to deal with it? Do the experts who are evaluating the impacts on the ground taking the nature of the VLSFO into consideration?

Q. 4 – Is the country prepared? A lot has been said about the level of preparedness in our country. To this end, the country had benefited from several funds, capacity building and training on oil spill since 1993.  The country had benefited from funds, capacity building and training on the oil spill since 1993. A lot of people have attended these workshops and got trained. Where are they? Has there been any plan to regroup them and build a response team?

In March 2020 the UNEP organised a workshop on “Cooperation in preparedness and response to marine pollution incidents” in Zanzibar. I learnt that both the ministry of environment and fisheries sent their technicians to this meeting. My information is that they even made a presentation on “national oil spill preparedness status”. So it would be useful for the population to know what they had to say on the preparedness level on oil spill. It is also reported that the Mauritian technicians were very well aware that the country is at high risk of oil spills due to the vicinity of one of the world’s busiest shipping routes. We heard from the highest political level that the level of the preparedness in the country is poor and that we have no expertise and yet what came out of this regional meeting is that the country had a range of sophisticated planning, response and disaster assessment tools. Which is which?

1.With the support of the IMO and UNEP, Mauritius was one of the first African countries to finalize in 1990 an oil spill contingency plan Programme.

3.Mauritius benefited from 11 million USD from GEF under the  “Marine Highway Development and Prevention Project”. There was training and capacity building included in the “Sapphire project”

4.Mauritius received training under the UNEP’s Regional Seas Programme and the Nairobi Convention.

5.Mauritius benefitted from the EU – “ MASE” project under which maritime security structures are developed for the region

Q. 6 – The “National oil spill preparedness status”? I learnt that the team present a few months ago in Zanzibar made a presentation on the oil spill preparedness of our country. It would be interesting to know what was included in their presentation when we know that the section 2.1 of the plan states the following :“Provision should be made for yearly review and updating of the plan”. This document also states that – “A new contingency plan should be prepared at appropriate intervals to reflect changes in the legal and administrative framework, available equipment, response methods, personnel, etc. The new document will replace the present contingency plan”. It has never been implemented. Has the “oil spill contingency” plan been ever dusted and updated since 1990?

Q. 7 – Was any advisory team set up when the oil spillage started? As soon as there is a spillage the authorities have to implement the “oil spill contingency plan”  and this plan provides for the immediate setting up of:

Have these structures been set up since the plan was applied and if so who are the people that have been chosen and what advice have they been giving ?

Q. 8 – Any lessons learnt from previous incidents ? Mauritian authorities do have experience in dealing with similar shipwreck situations.

There is an average frequency of 5 years where we have shipwrecks and up to now the authorities must have gathered enough experience on how to deal with these situations, but then why did they fail with Wakashio? Below are some of the shipwrecks that our authorities dealt with.

•In April 2005 a collision occurred off Port Louis between the MSC Katie and the MV Nordsun. The MSC Katie sustained cracks and was grounded on a reef to avoid sinking. Mauritian authorities successfully prevented an oil spill.

•In August 2011, Angel 1 was wrecked on the reefs in Poudre-d’Or and the authorities had to deal with it.

•In June 2016, an incident very similar to the grounding of the MV Wakashio occurred in Le Bouchon beach. The MV Benita went aground quite close to the site of the current oil spill. The salvage company response was quick and pumped the fuel out of the vessel, and only a very minor spill occurred.

Q. 9 – Did you also know that according to UNCLOS that Mauritian officials could board the ship at any time? In a parliamentary response, the Minister of shipping stated that “Under the Merchant Shipping Act” no one can intervene on the vessel before the LOF is signed and concluded. Allow me to highlight article 73 (part 1) of UNCLOS. – Enforcement of laws and regulations of the coastal State – The coastal State may, in the exercise of its sovereign rights to explore, exploit, conserve and manage the living resources in the Exclusive Economic Zone, take such measures, including boarding, inspection, arrest and judicial proceedings, as may be necessary to ensure compliance with the laws and regulations adopted by it in conformity with this Convention. Is this ignorance by the technicians or purely misguidance?

We are in an ecological crisis not in a political campaign and the the environmental issues should not be sidetracked. The pain of the population and the damage caused to our ecosystems can never be repaired. There will be long lasting impacts as the biological and chemical effects will be evidenced only in the medium and long run. Some people faulted and they have to be taken to task because it is due to their negligence that we are now in an ecological, social and financial turmoil. 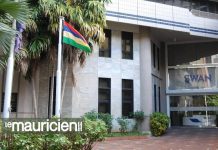 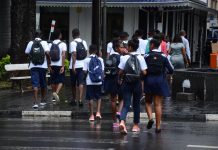