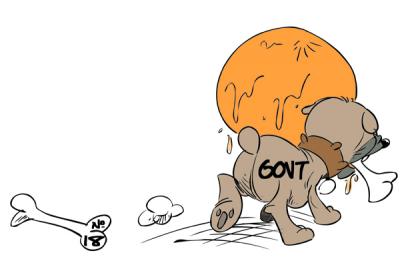 So the government in all its wisdom and after much pussy-footing around have eventually erred on the side of caution. The government’s ultimate decision not to field a candidate in the by-election of Belle Rose/Quatre-Bornes begs a number of questions inevitably. Pointedly, the Prime Minister’s failure to cash in on the opportunity of a lifetime to show his endurance and strength of character is widely viewed as a missed chance no matter what the extenuating circumstances may be.
The decision for non-participation of a government in a by-election is not taken light-heartedly surely. On the contrary, it must have been overly calculated and well-informed by those highly influential individuals in the corridors of power and the likely outcome adjudged unfavourable for the current administration. No one will argue about the government’s prerogative of opting out constitutionally, especially when they still feel in a position of strength [foolhardily perhaps], but they may well live to regret such a reckless and ill-considered move in the fullness of time.
The popularity of the government has arguably taken a turn for the worse which is not uncharacteristic to be fair to any administration mid-term in its mandate. But one cannot lose sight of the relentless shenanigans and controversies orchestrated by no other than the government’s own movers and shakers of all people. The Prime Minister, through no fault of his own admittedly, has on more than one occasion found himself on the unfortunate back foot defending some indefensible loose cannons. Such needless and superfluous distractions bode unwell for any Prime Minister, especially Mr Pravind Jugnauth who has yet to prove his mettle and convince the nation that his seemingly backdoor “coronation” is fully justified, and not just a fluke “passation de pouvoir” as many would have us believed.
Any person of average intelligence, except for a blinkered few of course, would unmistakably interpret the government’s adjudication in a different light, a resolution characterised by fear and trepidation, far from the kind of resilient leadership one expects from a Prime Minister in the face of adversity. Has he exercised discretion in good faith and acted in the best interest of the nation as a whole? Or is it simply a face saving exercise to camouflage his own deficiencies and those of his cronies knowing full well that they would suffer inevitable defeat at the hand of the opposition.
Politics is a battle of ideas and any credible party should take advantage of the parties in opposition to build their own support base. Constituency No:18, a sophisticated electorate like no other, is the Litmus test that would have gauged the popularity of the government and its elaborate blueprints. Even it means suffering the humiliation of defeat, at the very least it would have given the government enough to chew on and take whatever remedial actions necessary to get back on the rail of progress. The MSM/ML tandem already enjoys a comfortable and commanding majority in the house of parliament. A strong candidate supported by a well-co-ordinated campaign would have given the opposition a run for their money. In the unfortunate circumstance of a result that proves their fear of loss right, they could at the very least proudly pat themselves on the back for their act of participation in a democratic process that remains our pride and joy, warts and all.  It is a means to an end, not an end itself.       .
A defeatist attitude as exemplified by the prime Minister definitely sends the wrong message and exposes the establishment to all manner of salacious criticisms. The kind of leadership values and attitude “When the going gets tough, the tough gets going” does not ring true with this government? Or does it? The jury is still out. 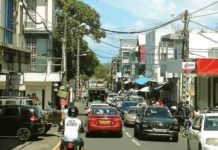 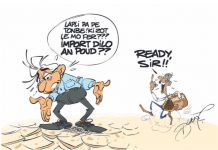