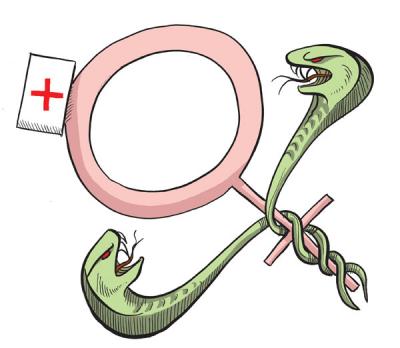 Dear Prime Minister,
I am writing today because I have lost confidence and faith in the institution I am working for – the Dr A.G. Jeetoo Hospital and consequently the Ministry of Health and Quality of Life. On 6 October 2012, the Regional Health Director made a press statement saying that absenteeism among male and female nurses is 28% and 13% on night shift mostly among female nurses. I thank him for this precious information.
On 11 April 2011, I wrote a letter under the heading “WOMEN SLAVERY IN ACTION” to the RHD who is now serving the MOH at high level responsibility. The letter highlighted the problem of female nurses working alone on night shift. Needless to say that my letter was simply ignored. Copies were sent to the MOH, precisely to the Director of Nursing and the Minister of Health. Many months have elapsed and absolutely nothing has been done to remedy the situation.
What is revolting is that daily statistics are sent to the MOH. The present statistics of the RHD show a considerable increase in absenteeism. Now the question is : are statistics sent to the MOH to be kept in filing cabinets or should they be studied scientifically and appropriate action taken ?
Prime Minister, by allocating an envelope of 8.3 billion rupees to the health sector, you have set the picture of your sincere commitment to the health and well-being of our population. Now, would anyone in the public accept that his ailing parent be attended by only one nurse on a night shift in a ward, knowing fully well that the tax he pays forms part of the 8.3 billion rupees. The MOH may be putting the life of patients in danger by ignoring this pertinent issue. What will happen, Doctor Ramgoolam, if two patients in the same ward collapse at the same time ? Does that mean that one of the two should die ? On which criteria shall the RMO on duty decide as to who should be saved ? How can a doctor and a nurse attend to two patients at the same time ? As far as I know, a hospital is a place where lives are saved and not a butchery where lives are taken.
Directors and Administrators are saying that the female nurses are absenting themselves too much. However, nobody asks the question : WHY ? Nurses often told me about nights where they worked alone without dinner and rest. The situation was so dramatic that I wrote a poem entitled “ARET BWAR DISAN NERSE”. It was in the month of April and by that time one among them had worked 16 times alone.
Nurses working alone has become such a normal thing that supervisors no longer care, as if they have lost their humanity. No other trade union dared to raise this issue so far. For them, nurses working alone in difficult conditions is not their business. But we, at the Nursing Association, we view the matter with much concern. Nurses’ absenting themselves is a complicated issue that needs to be addressed with compassion. It is too easy to blame. The truth has a completely different dimension.
There is so much pain when a female nurse works alone on a shift that starts at 6 pm to end at 7.30 am. An administration that treats its women folk this way is barbarous. It is out of heavy tiredness that they stay away from work. A sick or local leave gives them the time to rest and recuperate. One charge nurse and one nurse for a whole day, other nurses on the roster being shifted to other wards or Community Health Centres to cover absences – one nurse doing the work of five nurses is called EXPLOITATION.
The marvelous aspect of a nurse, Prime Minister, is that she is born with a golden heart. When the nurse reaches home after a day’s shift, tiredness ropes up her body because at her workplace she has completed all the work in the interest of her patients. She knows she is not working in an industry but with human beings. She cannot leave for tomorrow what should be done today. She cannot leave a septic diabetic foot undressed for deep in her good heart she knows that amputation is waiting at the corner, should she behave in an irresponsible manner. Making an abuse of such humanism is a crime and a sin. So please, Dear Prime Minister, the ugly game has lasted too long. I make an appeal to your humanity. Please intervene in patients’ interest.
Give the female nurses a better chance. 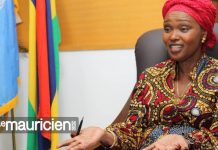 Power to the people !