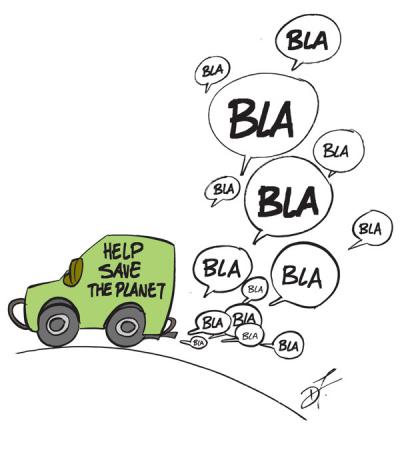 About one thousand dolphins and five thousand pelicans have been found dead lately. The wetlands are disappearing. Deforestation is on the rise to produce food and shelter. The fish stock that feeds a billion mouths is decreasing. What is the cause of this change? Overpopulation? Human activity and human greed: 20% of the world population living in Europe, Japan and North America consume 80% of the world’s resources. The havoc will soon spread to the most pristine and uninhabited region of the Arctic where Oil companies will start drilling.
How can we save the world – our world? The first pledge should be that the Earth has rights as the slaves had rights, animals have rights, women have rights, children have rights, the “autrement capables” have rights. We should focus on a green economy. We are part of the Eco-system just as are the atmosphere, the bio-sphere, the lithosphere and the hydrosphere and we are interdependent. We cannot command nature to work for us unless we obey her, thought Francis Bacon. We should stop regarding nature as a source of our resources. And we should stop being selective in dealing with crimes: why should we qualify individuals as criminals if they take human lives and not those who eradicate whole species of plant or animal lives or contaminate lakes, rivers and the oceans?
By trading CO2, we are cheating nature. We are playing God by genetic engineering. Powerful voices backed by celebrities, scientists, explorers, business leaders and environmentalists are saying to world leaders at their Rio Jamboree that enough is enough. We have been continuously conned and 20 years after the first Rio gathering, we should stop generating more rendez-vous but part this time with the hope that reason will light the path of the world.
Let not this get-together produce resolutions which resemble blank cheques on accounts with insufficient funds. Let us keep in mind that conferences fail for similar reasons that banks have failed in the recent past. Let us rein in the greed of the capitalists. Let the Heads of states present in Rio represent the people and not the billionaires that have supported their election campaigns. Or Rio will be a billionaire’s feast.