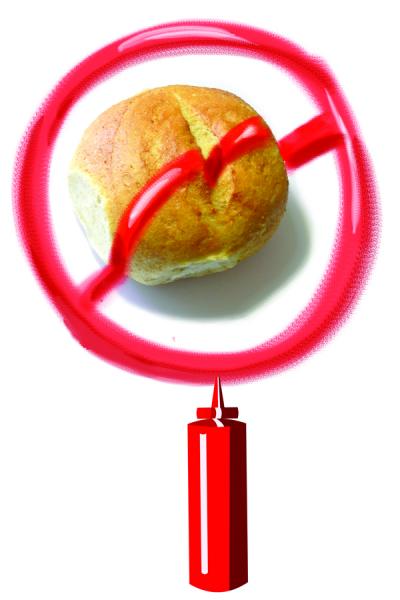 Justice, for many, cannot be bought. It can be attained through the ‘right’ process : dialogue, compromise or consultation. However when all fails, there is no choice but to pull out the big guns. The brave do not use weapons to hurt others, but prefer choosing weapons that will be pointed towards them. Such is the current situation for a couple of days now for two people looking for justice locally. The weapon par excellence : a hunger strike. A hunger strike might not conjure more than images of people lying down waiting for a solution to be obtained. Some might even find hunger strikers as ultimatum mongers. However, hunger strikes go much further than a face value observation. A look back in history and up to current times reveal how hunger strikes have perpetuated through decades. Some are highly symbolical and merit that attention be brought on them.
A hunger strike is defined as the deliberate refusal to eat in protest against an injustice. It can be from prisoners, from people who are not happy about certain conditions pertaining to work or closer to home, people protesting about an unjustified termination. Typically, in a hunger strike, the protester refuses food but is sustained by liquids. There have been many instances where protesters have suffered the effects of a hunger strike and have even died of it. Such is the case of Pedro Luis Boitel, a dissident Cuban poet. He was put in prison under the charge of conspiracy against the government. Upon him not being released after his 10-year sentence, he started a hunger strike. He was living on liquids and did not have any medical attention. After 53 days, he died of starvation.
A hunger strike goes beyond the refusal of food. It is a powerful form of protest that comes down to a person putting himself in the line of fire in the most self-harming way. Due to that nature, it has the ability to raise awareness about certain causes and conditions of living. Samer Issawi’s hunger strike resulted in such a manner. The Palestinian prisoner, who has been on strike since July 2012, denouncing the Israeli occupation had garnered international attention. On The 21st January 2013, many supporting the cause around the world held a 24-hour mass hunger strike around the world in solidarity. Prior to that, there have been several protests denouncing what many call the illegal imprisonment of countless Palestinian people.
Protesting against political regimes is nothing new. Going back to late 1910s and early 1920s, Irish Republicans went on hunger strikes to advance their cause for freedom. In 1981, Irish Republicans adopted the same form of protest. The British government had revoked their status of “Special Category” which was allocated to paramilitary prisoners. They refused to accept that their fight for freedom be seen as a crime. 10 people died as a result of the 1981 hunger strike but what propelled the most attention was the fact that one of the strikers, Bobby Sands was elected MP during his protest. It is believed that his election was a result of support in his cause. While the British government prided itself that it had not given in to pressure from the hungers strikers, the IRA registered a boost in membership thus furthering the fight of the Republicans.
To counter hunger strikers, especially those in prison, force-feeding is used, which has been recognised as a form of torture. While protesters suffer from after effects of force-feeding, some have even died as a result as was the case of British and American suffragettes in the 1920s. As Ann Neumann exposes in her article ‘The Longest Hunger Strike’ on guernicamag.com, force-feeding is akin to rape in the sense that it is without consent. Talking about the unsuccessful endeavour of William Coleman, an American prisoner who is protesting about his alleged wrongful confinement, she relates how force-feeding has detrimentally affected the prisoner’s health.
Strike, in any form, is a powerful weapon against injustice. Voices are raised, demands are made with the hope that an agreement will be reached. A hunger strike is more compelling due to its nature. It forces people to re-assess their humanity, and their compassion. It propels the opposing faction to come up with solutions to avoid having the death of someone on the conscience. Such has not always been the case as history proves but history should serve to that purpose : to learn from previous mistakes so that they are not committed again.