The crowd is densely packed. Many have come here not out of their own will but because of free transport. After the speech of the candidate of Party X, they’ll all be taken to the beach for a free briani party. Refreshments without sugar will be offered at half price.
As everyone knows, I’ve given up a lucrative job to join the political bandwagon in the superior interest of the country.
What does he mean? God knows!

I’ll transform Mauritius in 80 days.
He must be joking. He’s just saying what people want to hear.

I’ve been offered a ticket and I’m infinitely grateful.
Meaning? That he can lay his life for his leader and be his slave for the rest of his life.

I’ve always been a man of principles, of high moral standards. Vote for me. Vote for change. I’ve a mind to democratize our institutions.
He means what, in short? The MBC will be independent. There’ll be no governmental interference anymore.

I promise you a second economic miracle. Mind you, when I say something, I do it. I keep my promises.
He does? You know that promises are made to be broken. So, don’t take him too seriously.

There’ll be no unemployment. Give me a chance, and you’ll see. Everyone will have a job. In every family there’ll be a graduate. Education will be free at all levels.
Isn’t it wonderful what he’s saying? It’s beautiful but he’s appealing to our emotions. Education is free! Bullshit! Look at the thousands of rupees parents are spending over private tuition.

I believe with all my heart in the concept of equality.
Does he? Politicians often say one thing and mean something else. Actually what he means is that, after the elections, the best parts of the cake, as usual, will go to the elected (fat salaries, dozens of free travels abroad every year, generous per diem, free telephone calls, duty-free cars, no tax for the President of the country, etc) and to those gravitating around them, and the crumbs will be for you and me.

I want to take Mauritius to the next level technologically. Children at school must be introduced to the internet. They’ll learn better.
Nice idea! Don’t be silly. What he’s not telling you is that at an early age children risk having access to pornographic materials and be victims of internet grooming.

We must reject bandits. There’s no place for them in politics.
What’s all this? He’s hitting below the belt and mudslinging to vilify and discredit the adversaries. It’s mutual. But it’s bad language. People like to hear this sort of thing. But it also reveals how mean politicians can be. What they pretend not to know is the boomerang effect of the insults.

I come to eliminate corruption, favouritism, nepotism etc. A thorough clean-up is necessary.
Everyone is saying the same thing yet Mauritius remains as dirty as ever… The politician likes to think he’s Mr. Clean.

There’ll no more be any domestic violence and rapes in this country. We’ll pass strict laws to finish with them once and for all.
Is he serious?I think it’s only to impress. Remember a politician’s job is to sell us dreams.

And let me tell you, our Party has excellent connections with Trump, Macron, Johnson, ‘Rajendra’ Modi. We’ll place Mauritius on the world map.
We’re going international? Don’t believe everything he says. We call it name-dropping – a strategy politicians use to make us believe they know famous personalities. It’s just to impress.
Who is ‘Rajendra’ Modi? He messed it up – it’s Narendra.

We’re unbeatable. We do things differently. We care for you. We bring you hope.
What’s the point? He’s cultivating optimism. It’s like wooing a girl. Begin by putting her at ease and it’s half the battle won. To win votes, he has to create fear in your mind for his adversaries and reassure you that things will be better with him.

Where are the adversaries? Hiding under the wings of cocks ?
Why is he shouting hoarsely and shaking his fist? Why is he beating his chest? Look at his eyes glazing red with passion. It’s an attempt to stir the public. He’s adjusting his body language to his words for effect. He also wants to be captured on film as dynamic. They yell to make your skin crawl, to hold you under their spell, and… to prevent you from dozing off. 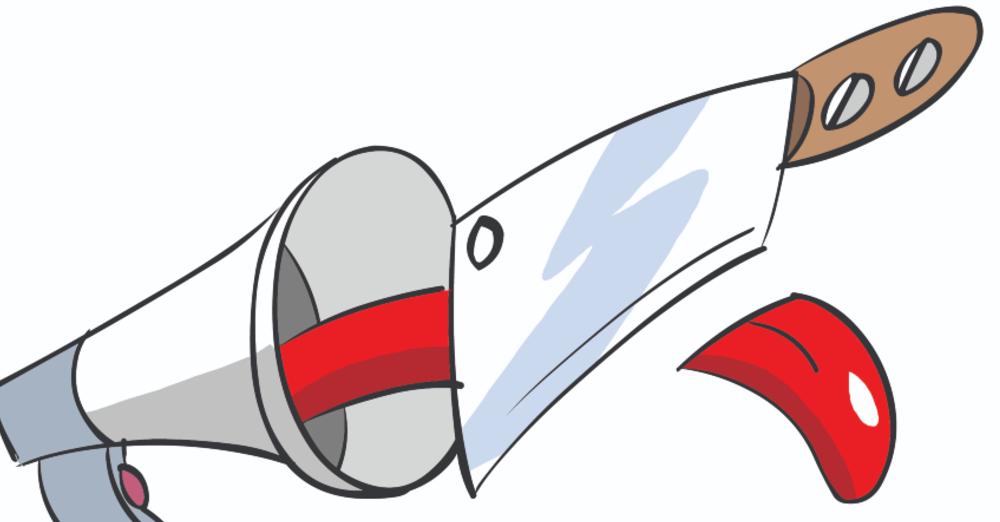 This country needs release from misery and…
Why did he break off suddenly? Either he doesn’t know what to say or it’s to assess our reaction.

Don’t make the mistake of wasting your votes. Give them to us. We represent your future. The others are brainless, not serious. Will you vote for some “nwar cholo”?
Why is he insulting his adversary? I don’t get it. When a politician runs out of arguments, he starts blabbering. It’s ridiculous, but it’s like this. In politics, they tear each other to pieces. But it’s all a game or role-playing. Tomorrow you might see them working together.
Wild enemies yesterday, good friends tomorrow. Exactly. It’s like husband and wife throwing plates at each other in the morning and eating in one and the same plate in the evening. That’s why they say politics is the art of the possible.

We’re a democracy. Any citizen can be a candidate for the elections.
True. Not really. Only those who have money can. Not less than a million rupees…

You’re intelligent citizens. I’m sure I can rely on this “lepep admirab”.
Have we heard this before? Year in, year out, politicians keep using the same worn-out expressions. Buttering up the audience is an age-old method to get what they want. But it doesn’t always work. Not everyone is as foolish as the politicians imagine.

We’re here to deliver you from oppression and opportunists. Friends and countrymen, vote for us. Don’t play with the future of your children. A new era is beginning thanks to our visionary leader. With us, nothing will ever be the same again.
This is delivered in a battle cry tone. The crowd moves forward as one. The politician mingles in the mob. People are jostling each other to touch him, exchange a word with him, pat him on the back, shake hands with him; older women are kissing him; younger ones are chanting his name.)

I think he’ll win. Maybe he will. Or he won’t. People may take bribes only to reject you like a dirty rag. T-shirts have been offered free to these people. So, they’ve been bribed to shout. On television, the world will think the man has a large number of voters. You see, everything’s been pre-planned. Politics thrives on pretension. By the way, have you noticed that, at the bottom, his speech was as hollow as a seashell? It wasn’t worth a cent.