The Mauritius Film Development Corporation (MFDC) in collaboration with the High Commissions of Japan and Russia held two film festivals this month that aligned with the celebration of the Golden Jubilee of the independence of Mauritius. The effort was laudable with exclusive movies presented to the Mauritian public from two nations known earlier as great influencers of cinematic culture with a glorious past. Although cinema halls that showed the movies barely attracted a handful of cinegoers, the experience was worth given that quality cinema that landmarked its history is a rare offer nowadays and the opportunity to watch just a sample of them provides a unique experience to Mauritian viewers. 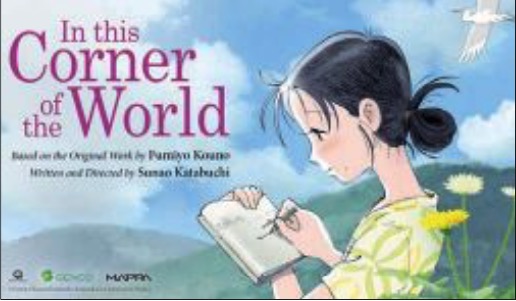 From the selection of movies shown during the two festivals, two movies among the rest focused on the Second World War with a refreshing perspective of each nation, Japan and Russia, on the event that liberated the world from the threat of Nazi and German dominance. Very often, we, Mauritians, have a subjective view of the war since our influence comes from the West. American and European movies have given their opinion of the war and these have always predisposed us with a pro-western view. ‘The longest Day’ (1962), ‘Saving Private Ryan’ (1997) and many movies on the same line gave a view often illustrated by the United States winning over the enemy. The ideal has remained as such that the West liberated the world. The present festivals offered something different. Two wonderful movies provided a war insight with the role of women within war and how they envisioned peace in such hard times.
‘In the Corner of this world’ (2017) was the wonderful Japanese animated movie directed by Sunao Katabuchi, providing a different angle of the World War. Japan was a major military power at that time but, on reaching the final years of the war, the nation was devastated by two atomic bombings in Nagasaki and Hiroshima. The two-hour animated Japanese movie show the tribulation of a young Japanese girl married to a boy living amid the threat of the war.There are constant threats about bombing in the story making Japanese people flee their homes to find shelter in more secure places. Suzu, the main character of the story, learns about the bombing of Hiroshima where she once lived and wants to get back. In her long march searching her family members, she loses an arm in a bomb blast along with a young girl that she cared for. The narrative underlies the hardship faced by the Japanese community that has little to do with the imperial vision of Hirohito who had a major role to play in the war against the Americans. The portrayal of the girl’s living is sober and shows livelihood in times of war under a different angle; that of constant fear, misery and compassion. This well-acclaimed movie certainly brought new emotions and different thoughts of the world war so far glamourised from a western view.

The Russian film festival started with the projection of ‘The cranes are flying’ (1957). Also known to cinegoers as ‘Quand passent les cigognes’, this ‘black and white’ classic won the ‘Palme D’Or’ in 1958. It is a love story of Veronika and Boris in World War II. Their idyllic love story turns sour when Boris is engaged in war to fight against German invasion of Russia. Boris dies on the battlefield but Veronika remains obsessed with her lover refusing to believe that he is dead. It is a continuous questioning of life in the search for truth. The images of war are rare but strong enough to capture each scene of the movie. In this war-torn drama, women’s perception of war is seen from the hard times that they face when they are left alone and they are expecting for better life. The portrayal of suffering is intense without the need to fall into tear-jerking emotions. The movie fully lives up to the expectations as a wonderful story of hope and despair seen by the central character played by Veronika. Viewing this classic in mint condition, in traditional 4:3 format, with a grainy ‘black and white’ silver screen texture brings a wonderful cinematic experience to the local viewers. 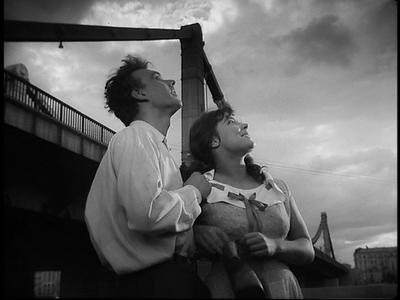 Once again, the initiative to promote good cinema by the MFDC and the Japan and Russian Embassies are most welcome and heart-rending. With free admission to a different cinema far from the glitz and glamour of contemporary movies, the experience remains fresh and enriching. It is also revived again and again as the cranes fly in the grey sky or doves flutter in a devastated Hiroshima setting. Such a good initiative needs to be repeated as well.