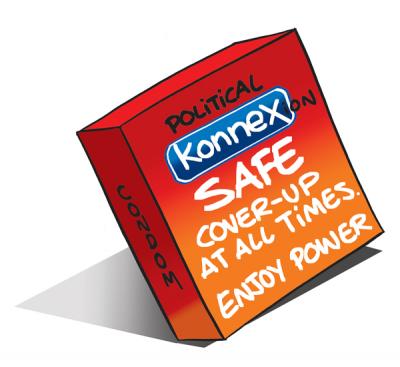 The list of political scandals and affairs is becoming unbearably long and incredible as they are being unveiled everyday to the public. The list is full of suspicious behaviour, unsightly cover-ups and doubtful transactions. Consequently, these are increasing the general perception among the public of the absolute abuse of power to grant huge privileges and special favours to those close political friends, to pursue with more unaccountable authority and to create a whole set of mechanisms to stifle criticisms and opposition. They usually sling mud at the opponents and use all sorts of legal tricks to gag criticisms with a view to delaying the process for discovery of the real truth about those high profile scandals worth huge sums of money and wealth acquisition from nothing in so short a span of time.
For how long can we suppress the truth and engage in doing things morally wrong at the expense of the greater good ? For how long can those holding power, believe that they can bend the rules and be above the law to protect the best interests of their followers at heart ? For how long can the Power delude themselves by making big speeches to detract the people from what they really are ? Power and hypocrisy work hand in hand as the powerful feel that their sense of entitlement to privileges become their private domain and law and that they are untouchable. This results in a culture where double standards are promoted i. e one for themselves and friends and the other for the population in general. There is a justice for the privileged and an another one for the others, the privileged are being treated to make them more equal than the other citizens, the privileged not only are they subservient to the powerful but think they deserve more than others and use their position to be morally pliable and make more abuses of their favours.
Henry Kissinger said it best : « Power is the ultimate aphrodisiac ! Men that women would not normally look at become immensely attractive when in power.” And this is very true, just as Power usually attracts swarms of sycophants who surround affectionately their political leaders who adore being praised. There is no harm absolutely of political leaders, making close friendship ties with their agents, nor can they not lead their private life as they wish. But we need them to be role models for others, we need them to act in the best interest of the common good and we need them to join their actions with their beautiful talks which they use to impress the people. Integrity is doing the right things for the right reasons and integrity of a person is judged by his actions, not by his words. Actions thus speak louder than words. It is believed and has to be recognised however that the people’s only legitimate interest in a politician’s private life lies when the actions are illegal and when the actions impact on performance in the public role. Gone are the times when politicians could hide their actions behind the name of the office. Any person joining and being involved in politics on the promise to serve for the common good of the public, should realise that their actions are under the microscopic eye of the public and if they happen to go outside the norms of behaviour expected, they are answerable for that behaviour.
As the line between legitimate and illegitimate use of power and privilege is very thin, it is imperative that the course of justice be expedient to clear the clouds in the various scandals which are currently making news. Creating more and more opacity over these will only fuel further speculations and questions on the manner with which power was misused to promote personal interests. For good governance of the public services and assets, the challenge should be to inspire from the “Seven Nolan Principles of Public life “to set the standards for holding public office, i. e Selflessness, Integrity, Objectivity, Accountability, Openness, Honesty and Leadership by example. 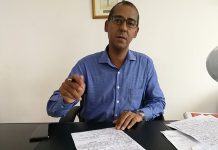