The following issues have been affecting the school (situated in a posh area) as a whole and the students in particular.

Although the parents have paid the fees for the Parent-Teachers’ Association, they note that the students have not yet obtained what they were entitled to in terms of stationery for tests and exams, educational  tours, photocopy service, masks, etc. Since years parents are paying but their wards are not benefiting of their parents’ contribution in any way. To make matters worse, the office insists that parents make additional payments whereas as per budget presented every year provisions are made for the funding of the items mentioned above. So where does the contributions made to the PTA go? And what about the promise of a gymnasium which has been made year in year out ?

The office failed in many ways

The office did not organize food day and cross country last year but instead took PTA fees, being the contribution of parents, to buy and install air conditioner in the head office. Only some classes were taken on school outings, a very discriminatory practice.

The office had several verbal fights with the last year PTA president who found many irregularities. The latter was simply ignored and forced to resign. Recently, the auditor of the PTA has stepped down due to the fact that he was verbally abused.

The office discriminates between the poor and the rich and personally chose the head student of the school.   Students of the upper classes were not given a chance to postulate as head student. Choice was not made democratically.

Another problem is linked with the school buses. Although many students have complained about the Curepipe bus being overcrowded, no measures have been taken to remedy the situation. This is more deplorable in the wake of the COVID-19 pandemic and the requirement of social distancing as it is really unsafe to travel in overcrowded buses. Added to overcrowding problem, the conductor of the Curepipe bus compels the students to pay their fare although in possession of their bus passes. What’s the point for the student having a bus pass if he/she is forced to pay their fare. Furthermore, the office informed the students that the Highlands bus would no longer be provided and the students would have to walk their way to school between 2 to 3 kilometres from their home.

Students hailing from rich families are given royal treatment whereas those from poor families are looked down at the head office. No actions are taken against the former when they contravene to the school rules regarding length of skirt uniform, hair dye, colour of jacket, especially with regard to make-up and the way of dressing which are clearly addressed  in the school journal). The students have to be provided with equal rights and opportunities to voice out their feelings and opinions, but they are just ignored at the head office.

The office admits that the CCTV cameras at school are not working properly. So, in case any incident takes place, no visual proof will be available with the result that the issue will go unsolved. The office  knows full well about this situation but does not give a hoot. As for the protocol to be followed for Covid-19 as per instructions of the Ministry of Education, this has been enforced for around one week and there is a real laisser-aller nowadays. For instance, the cleaning of tables which is a must for all classes (students as well as teachers) is now restricted to the teacher’s table. The hand wash in the toilets was provided during the first two weeks only and has been replaced by water.  In addition, the sanitizers offered were given in used plastic bottles, which is not hygienic at all.

Lack of hygiene, dusty classrooms. Basket-ball ground closed. No sanitary bins in toilet. Some of administrative staff lacks manners and etiquette.  Printing service in library is unoperational. Despite paying PTA, students are deprived of non-curricular activities such as food day. Money is charged for almost everything – masks, pads, even toilet papers sometimes. Low profile students are discriminated against. Additional buses have been requested for the past four to five years, surveys have been done but no actions have been taken so far. No provision of hand sanitizer on each floor, under the pretext that students will play with it!

Projector not always available, demotivating teachers and students. Damaged sockets.  Early leaving on permission granted to the staff is computed as an absence, which is not the case in other schools. Use of blackmail in view of school outings – the whole class will be penalized if it happens that one student has not paid.  Lack of toilets despite promises made as early as 2018 that needful will be done. The office imposed winter wear for one and all, but this is beyond the means of the poorer students. No fans have been changed up to now despite several inspections.

It is high time for the Ministry of Education which has been informed about the state of things in that particular school to intervene and set things straight for the general welfare of the whole school. 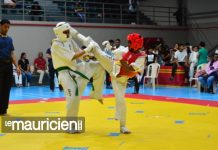 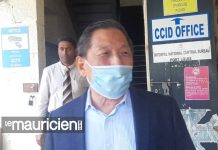