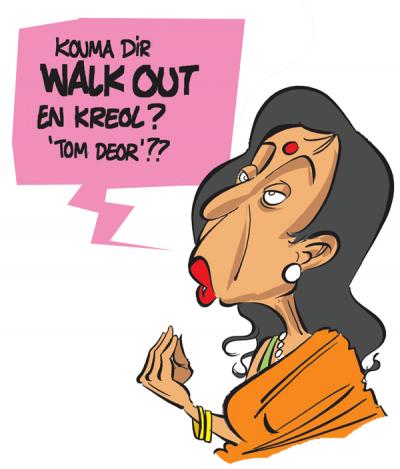 In connection with a Parliamentary Question asked by Franco Quirin of MMM on Tuesday the 5th of April, 2016 to the Prime Minister, Sir Anerood Jugnauth, for the introduction of Kreol Language in our Parliament, the answer of SAJ was as follows: “I will never accept to introduce Kreol language in the National Assembly.”
Allow me to give some highlights as to why the introduction of Kreol Language in our National Assembly is necessary.
I am the first Member of Parliament who circulated a motion paper for the introduction of Kreol Language in our National Assembly after the General Election of June 11, 1982, but no due consideration was given. Have a look at an article published by Week-End, Sunday 6th of March 2016, on page 26 “Reconnaissance du Parler Kreol à Maurice – Eski Morisien gayn onte pou koz Kreol?”.
Hereunder the reasons of introducing the Kreol language in our National Assembly:
The average Mauritian can, to some extent, speak three or even four languages: English, French, Kreol, and Bhojpuri or sometimes any oriental language, call it what you will, is vernacular to the Mauritians. It has resisted every attempt to surpass its use because it is spontaneous and natural to the Mauritian soil. It is part of the popular culture of our country, reflecting faithfully the Mauritian character. It is natural because everyone subconsciously identifies himself, as a Mauritian through Kreol. It is a powerful unifying medium in shaping nationhood. When Mauritians meet abroad, they communicate in the savoury Kreol Morisien. It is a legacy, a part of the Mauritian personality and temperament. The favourite medium used in intimate circles is the Kreol vernacular.
In villages, Kreol is nearer to Bhojpuri in vocabulary and sentence construction. In towns, some people speak a Kreol enriched with French or English expressions. But the fact remains that Kreol, particularly in urban areas, is vernacular at home, on the streets, in shopping centres, markets and public meetings.
Dr Maurice Curé, the founder of the Mauritius Labour Party, was the first public speaker to use Kreol in a public meeting in the 1930s.
Henceforth, Kreol language was increasingly used in public meetings since 1936-1945 general elections and along with growth of democracy in Mauritius, popular orators like Guy Rozemont, Renganaden Seeneevassen, Sookdeo Bissoondoyal, Guy Forget, Jules Koenig, Harold Walter, Jaynarain Roy, Gaetan Duval and above all Sir Seewoosagur Ramgoolam, amongst others have been using the Kreol medium as a national language. Now Kreol language is even taught in our schools.
AKADEMI KREOL MORISIEN and Gramer Kreol Morisien was published through Ministry of Education under the chairperson – Professor Vinesh Hookoomsing and other members such as Menon Munien, Alain Gordon Gentil, H. B. Dansinghani, Prof. Rada Tirvassen, Dr. Arnaud Carpooran, Dr. Daniella Police-Michel, Dr Nita Raghoonundun, Dr. Om Varma, Alain Romaine, Gilberte Chung, Pushpa Lallah, Danielle Turner, Alain Ah Vee, Jimmy Harmon, Lindsay Morvan, Ramesh Padaruth, Jean Marie Richard.
To conclude, firstly during electoral campaigns all candidates use Kreol language in public and private meetings to attract votes; do they use English or French language? So once elected as members of the Parliament, are they no longer Mauritians? They forget the Kreol language …
Secondly, when Kreol will be introduced in the National Assembly most of the parliamentarians will be at ease to express themselves.
We, in Parti Action Liberal, ask that section 49 of the Constitution be amended and that English remains the official language but any Member can address the chair in French and Kreol. 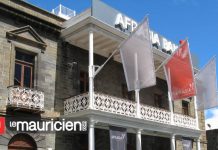 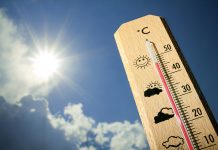