Putin’s rampage not over that soon…!

The Russian invasion of Ukraine is already one week old (at the time I am writing this short note to pursue to its logical end what I have already set in motion), with its load of sufferings to innocent people, including young children, many, running into the million+, according to U.N. sources, having already fled to neighbouring countries posing the threat of another human tragedy in the making we have often seen of late, some forgotten and no longer in the news, albeit ongoing ones, Afghanistan, Myannar, Yemen, to name a few.

But unlike Afghanistan or Myanmar, internal matters that nevertheless do not lose their tragic aspects, Ukraine is a blatant case of unprovoked aggression that has raised unrestrained condemnation worldwide inasmuch as this aggression defies what the world had accepted as the unalterable norms for peace and security – respect of national sovereignty and integrity and the right of self-determination, over which  Putin now appears to p…,  to dictate his own terms as to what Ukraine should not be allowed to do, and to toe the line according to the new Tsar’s whim and fancy. In 2022!!! 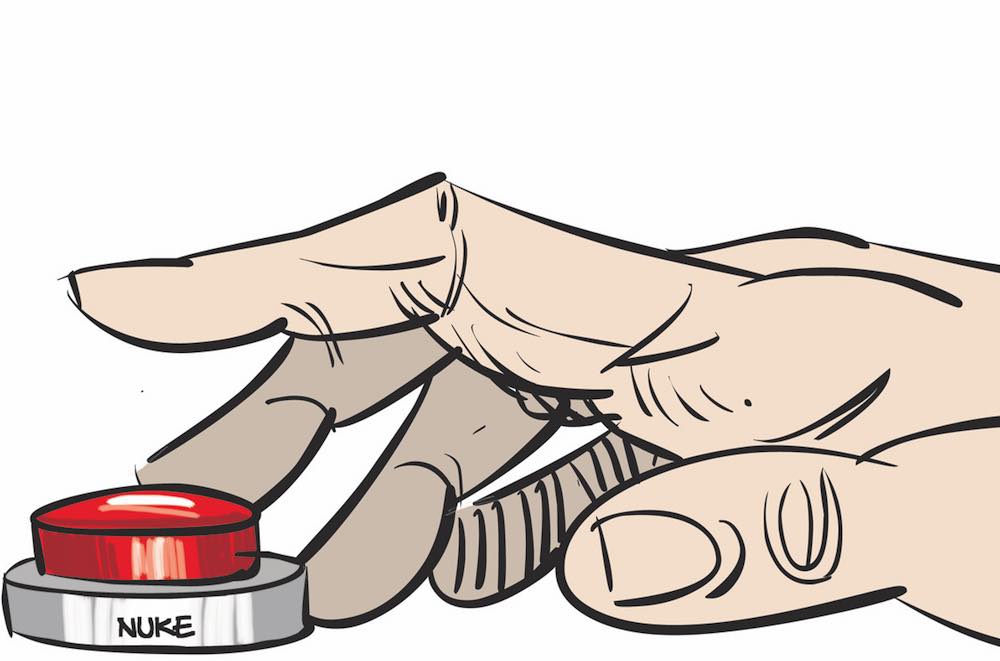 As I wrote in my last note (Le Mauricien, Forum 17/2/22 – World War III in the offing?), it is not my intention, nor capability, to add my voice to that plethora of comments, analyses, speculations and predictions relating to that invasion. Save, perhaps, to say that Putin must be bluffing when he talks of nuclear deterrence, and most likely a sign he is embarrassed things having not shaped up to his expectations. Having been President of a major nuclear power for 22 years, he must be aware of the concept MAD (Mutual Assured Destruction) in any nuclear war, unless he is going really mad at a time when serious concern is being raised in some high quarters as to his mental state.

But the gist of this note is simply to bring to the attention of readers that Putin’s irrational behaviour lies in what only the Bible lays out, in the book of Daniel, chapter 11, verse 44: ‘But reports out of the east and out of the north will disturb him (Putin in his capacity as the last King of the North I explained in my last note mentioned above). There is no country to the North of Russia. Thus that ‘north’ must indicate the heavens. What troubling news the Creator puts in the mind of that last  King of the North, no one may possibly know. Whether he shares such news with close collaborators is another matter.

Since Bible prophecies are infallible, no amount of sanctions, however biting and extended, no amount of condemnations or internal revolt will stop Putin accomplish what is written in the latter part of Daniel chapter 11, verse 44…‘and he will go out in a great rage to annihilate and devote many to destruction.’

That much so far so as not to render more complicated an already knotty situation, and allow events to unfold for everybody to see. But one must be really blind not to understand that what we are already seeing must be the harbinger of unusual things to occur, and they will occur, stunning plot twists for that matter!

P.S.: One reader on the Net of my last note allotted me a time frame of six months for the accomplishment of the quoted Bible prophecies, after which I am to rejoin the ranks of those charlatans who had predicted things that never happened. There can be no human time frame for such accomplishments, given this is the prerogative of the Creator as Jesus rightly put it in the Gospel of Matthew chapter 24, verse 36: ‘Concerning that day and hour nobody knows, neither the angels nor the Son, but only the Father.’