“If you want to find the secrets of the universe, think in terms of energy, frequency and vibration” – Nikola Tesla

Everything is energy: it surrounds us, it envelops us—it even forms part of us. Indeed, even we ourselves as living, breathing, thinking human beings ARE energy. Energy is a fundamental part of life, especially today in the 21st century, which is why one of the most vital aspects of the success of any industrialized nation today is their ability to access/harness/produce energy.

Many a war have been fought in the last 100 years solely on this basis: to control the production of, and access to, energy.

Today, it is an incontestable fact that Mauritius’ current models for generating the energy that we need, and that we will need in the future, are simply not sustainable—and are extremely detrimental to our environment.

As a country, we depend highly on tourism for revenue. Therefore, our environment and its protection are of paramount importance to Mauritius. Our resources must therefore be concentrated on achieving sustainable development goals, like energy independence, that will help propel Mauritius and her population in this 21st century, whilst also safeguarding our environment.

At Nouveau Front Politik (NFP), an important cornerstone of our vision for a “Nouvo Moris” and the future success and prosperity of our small island-nation, depends, largely, on how we approach and implement a real plan for real sustainable development in Mauritius. It is a vision in which energy plays a critical role in the coming years and decades.

In light of these facts, it is therefore my great pleasure to unveil to you today part of Nouveau Front Politik’s “energy master plan” for Mauritius: a “renewable energy” project that NFP has been working on in order to present to the Mauritian people. This project is codenamed “R.E.S.P.E.” The acronym stands for the “Renewable Energy and Sustainability Plan for the Environment.”

Since inception NFP has always advocated for a shift in paradigm in Mauritius, a shift towards programs and projects rooted in the premises of sustainable development. Our first renewable energy project, R.E.S.P.E., has been conceived with the intent of full disclosure: with the hope of building the credibility in politics that Mauritius so desperately needs today.
Our proposed project is a sustainable renewable energy project for energy production in Mauritius. It is an extremely necessary and pertinent project, not only because of the current “metro-leger” project, but also due to all the other developments nationwide which will necessitate investments in our energy sector in order to see the light of day.

I will outline NFP’s project in detail, except for the actual renewable energy technology (source) that we plan on using (although we already have all this well documented and it is a proven renewable energy technology in use in many places globally, it is NOT currently in use today in Mauritius). We will elaborate publicly on the exact technology that our plan relies on as we approach closer to the following general elections, over the course of the following months.

Over the same time period, there was a  1% decline in the use of renewable energy resources (from 2015-2016). This occurred as our demand for energy increased. These figures are visible in the spreadsheet in Figure 3.

Unfortunately, we are using more and more non-renewable energy sources every year to satisfy our energy demands: contrary to our stated goal of reducing their use. This current trend is not sustainable; and it is imperative that we reverse it.

Mauritius currently obtains 36% of its electricity from “Oil and Diesel,” which cost us about Rs5 Billion, yearly, in imports. By cutting this figure almost in half, with our first R.E.S.P.E. energy project, we cut our costs on these imports by ALMOST Rs2.5 Billion/per annum. That’s a savings of Rs12.5 Billion over 5 years alone! That is money we can use elsewhere: in our roads, schools, and hospitals (among other things, such as poverty elimination programs nationwide).

This, however, is just the beginning. As is illustrated in Figure 4: “Returns on Investment,”. Our project would also generate for the government, over a 5-year time period, nearly Rs17.28 billion (minus 20% for Operation and Management Costs). These figures apply at 100% capacity. At 70% capacity, we expect Rs12.1 billion in revenues (minus 20% for Operation and Management Costs). Additionally, we can obtain another Rs108 million per annum in revenues by selling the 200,000 carbon credits that this project generates. [1]
Significantly, we get all this AS WELL as cutting electrical costs to the consumer by HALF as is illustrated in Figure 4: “Returns on Investment.” Presently the IPP’s are paid approximately Rs8.50 per Kw sold to the CEB. NFP’s energy project relies on R.E.S.P.E. generating electricity to be sold at Rs4.00/Kw–which is 47% LESS than the current Rs8.50/Kw that IPP’s are paid! The result is REAL savings for the Mauritian people–something we are very proud of, and that we think is very important.

Table A/B is an extract of  http://ceb.intnet.mu/grid_code/document/gridc.pdf

The above figures are at a 100% capacity.

A graphic representation of what our energy project does is shown in Figure 5: “Total power generated in 2016 R.E.S.P.E added.” Here, we simply transposed the 2016 Energy Sources for Mauritius (“Figure 3”) into a new model by shifting 16% of the traditional non-renewable sources of energy (Oil and Diesel) to our R.E.S.P.E model, whereby the corresponding amount of energy is obtained using our renewable energy source.

The total cost of NFP’s R.E.S.P.E first energy project is an approximate capital investment of Rs10-15 billion. These figures are based on costs of similar projects globally where costs have varied between US$300 million – US$500 million in total costs. Producing some of the equipment to be used locally can also mitigate some of these costs. Even so, these costs, even at the higher end of the scale, are substantially less than those of the “metro-leger”, which is predicted to cost at least Rs20 billion, if not significantly more.

Unlike the “metro-leger” project, however, our R.E.S.P.E project pays for itself: in fact, it pays for itself SOLELY based on the savings that we would receive from “Oil and Diesel” imports over a 5-year time period (of Rs12.5 billion). More impressively though, if we couple R.E.S.P.E’s yearly revenues of Rs3.45 billion (or Rs17.28 billion in revenues over 5 years), with these savings: the plan actually pays for itself completely within 2-2.5 years of being up and running! This makes it not only a highly sustainable development project, but also a very lucrative project for Mauritius too. This is sustainable development at its best–and the type of vision Mauritius needs in order to succeed.

Nouveau Front Politik has already picked out the exact location, the exact site, according to geographic and other needs, that this project could be built on. This project epitomizes the type of vision that NFP seeks to bring to the future of development, in Mauritius. Our R.E.S.P.E project is 100% renewable energy based, producing: clean, safe, and abundant zero-emissions energy for our island. Making this project as viable and as credible as they come.

In conclusion, NFP’s R.E.S.P.E. project is but one of many ways in which we wish to innovate Mauritius and her economy; and we cannot wait to share more of our ideas and solutions with you for a greener, cleaner, safer and more prosperous Mauritius for everyone.

[1] Unless otherwise stated, all graphs, figures, and tables are extrapolated from the following two sources: 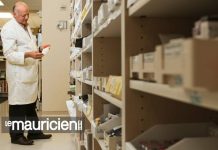 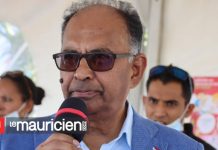 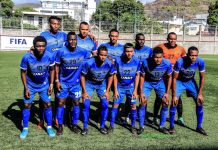