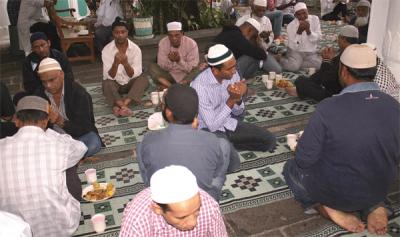 The month of Ramadan is a holy time for the purification of the soul and body of all Muslims. It is not only a  month of fasting, but Muslims also commemorate the first revelation of the Holy Quran 1400 years ago to Prophet Muhammad (Peace be upon Him). While the importance and benefits of fasting are widely known, the revelation of Holy Quran has received less attention than it should have.
After all, this Scripture governs all aspects of a Muslim’s life including fasting itself. Muslims believe the Holy Quran to be a divine source of knowledge. To emphasize its Divine Authorship, Prophet Muhammad (pbu.h) called Holy Quran as the greatest miracle—the pinnacle of all miracles.
So, the question arises—what makes a Scripture divine? There are many criteria to list but for the sake of brevity let me list out few important ones. First, Scripture should be free of errors and contradictions. When a Scripture has many errors and contradictions, it loses its credibility and its divinity as a Scripture.
The language of revelation should be a direct address from God to mankind. For the test of divinity to stand, this is common sense. If the language gives a hint of an intervention of a third person, then the Scripture can be subjected to many errors and contradictions and the divine source would be questionable.
But above all, the divine revelation should not contradict well-proven scientific facts. In my humble opinion, I consider the latter to be truer and an easily verifiable test of divine source. Scientific facts are universal knowledge and can be used to measure old scriptures for its true origin – divine or not.
But the Holy Quran is not a book of science, and this, in spite of so many verses that incite people to think, observe, rationalize, and to use sound judgment. Nor is it a book of philosophy. It does not propound the Theory of Relativity or Quantum Mechanics, or other scientific facts that were recently discovered.
To look for scientific treatises in the Quran or indeed in any scripture, is futile. But the basic fundamentals of sciences are laid out which points to and validate the source of this knowledge as divine.
There are many branches of sciences Holy Quran reveals including the creation of the Universe (the Big Bang) and the Gaseous mass before creation of galaxies.
The creation of the Universe is explained by astrophysicists in a widely accepted phenomenon, popularly known as the “Big Bang”. According to the “Big Bang” theory, the whole universe was initially one big mass (Primary Nebula) and a mighty secondary separation (Big Bang) resulted in the formation of Galaxies.
What does the Holy Quran say about Ramadan ?  Ramadan means fasting which is mandatory on every Muslim who is sane, and has reached adulthood. The following exemptions apply: (1) The insane (2) Children who are not adolescent yet (3) The elderly and chronically ill for whom fasting is unreasonably strenuous; but such persons are required to feed at least one poor person everyday in the Ramadan period for which he/she has missed fasting (4) Pregnant women may postpone the fasting at a later time (5) Women during the period of menstruation of post child birth confinement.
The things which invalidate fast are of two kinds. The first one requires Qada (only making up missed days) , the other one not only requires Qada but also Kaffara (a penalty). The following are things that require Qada only (1) Eating or drinking intentionally. This includes non-nourishing items taken by mouth (2) The beginning of menstruation or post-child birth bleeding even in the last moment before sun set (3) Ejaculation for reasons other than sexual intercourse (4) Intending to break the fast before sun-set even if one changes his mind, since intention is one of the pre-requisites of the validity of fasting (5) Eating, drinking or having intercourse after dawn on the mistaken assumption that it is not dawn yet. Similarly, engaging in these acts before Maghrib on the mistaken assumption that it is already sun-set
Things that not only require Qada but also Kaffara are the following: Sexual activity during fasting (dawn to dusk). The penalty is to fast an additional period of 60 continuous days. If one is not able to do so then he must feed 60 poor people—one average meal each.
Before the days of the Prophet Mahomed, slavery was a common practice in the Arab world. Islam eliminated slavery from the society in a very short period of time. A useful approach was to allow people free of a slave as a charity or as a penalty for a sin. Thus during the time of the Prophet, setting a slave free was the penalty one must pay as a Kaffarah, if he or she had a slave.
Ramadan is one of the five pillars of Islam and a sacred time of the year for the Muslims. It is a time of purification of the soul where Muslims see no evil and speak no evil. 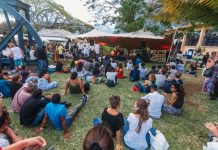 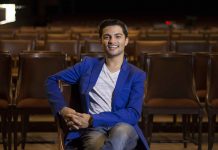 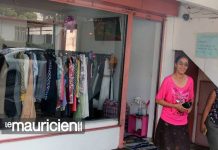