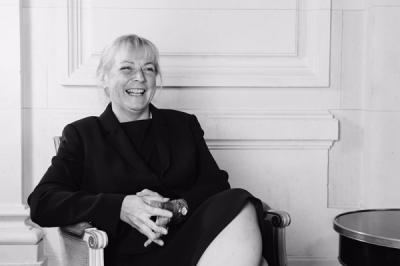 In tuesday’s Le Mauricien newspaper, Dr Angus McLeod, Visiting Professor at Birmingham City University’s Business School, fell into the trap often fallen into by tourists coming to Mauritius for a fortnight thinking they have come to paradise and thinking they have experienced Mauritius especially the Mauritian character.  As stated in his article Mauritians are indeed “hospitable” and are quick to “accommodate visitors”, “genuinely interested”, “asking questions and taking care”.  But take care all you who assume they have seen Mauritius from the inside of the comfortable walls of the numerous five star hotels that litter the coast.  This is not the real Mauritius and the Mauritians you see are indeed the very best but you do not see their lives, their relationships, their families and their struggles.
Dr McLeod should have come to the launch of the ENL Turbine Business Idea Competition at the Voilà Hotel on tuesday to see the real Mauritian character in action.
Mauritians do indeed have leadership qualities, many acquired from hard battle against the all-mighty weight of institutionalised corporate nepotism and lack of transparency that seems to make politicians feel invincible when they gain power in this country.
Unfortunately Mauritians also suffer from a lack of trust.  As anyone who has googled the words “leadership qualities” and “trust” will know these two things go hand in hand and sadly for Mauritians this is one thing that cannot be taught.
The Turbine Entrepreneur Competition was a case in point.  The room was packed to capacity, standing room only, showing that in this country where the schools and universities suffer from the tendency to teach students to pass exams and not to teach lifelong learning, that there is a groundswell of ideas just waiting for the right opportunity to be released.  The Turbine project launched by ENL possibly offers just such an opportunity.  Its aim is to  “promote the emergence and development of innovative and viable ideas supporting startups projects, from creation to expand in Africa”.  As part of this and the reason the meeting room was packed to capacity on tuesday was that the Turbine launched its Business Idea Competition.  This competition is branded as an annual innovation and entrepreneurship challenge, aiming to “identify budding entrepreneurs whose ideas are still on paper, but have the potential to be great businesses”.  The budding entrepreneurs compete not only for the chance to gain access to the mentoring programme and access to potential funding but also to receive one of four cash prizes of Rs 200,000.
All very laudable objectives I hear you say.  However there is a problem.
In the UK, and now franchised to many countries, there is a television programme called the “Dragons Den” which is a similar format to the Turbine Business Idea Competition in that both the businessmen and women who are in the Den asking for the backing of the “Dragons” are competing against each other for a prize.  However the difference with the format in the Dragons Den, the Dragons are also competing against one another to spot the next best thing and give it their support.
And here is where the Mauritian character comes in.
Many of the questions posed by those attending revolved around the issue of trust.  Why should the young idealistic entrepreneurs give ENL access to their ideas with no binding non-disclosure agreement or confidentiality agreement?  Having ENL bound by a confidentiality agreement is more than a commitment to keep the entrepreneurs ideas secret — it gives this country’s future leaders back their trust – legally but mandatory in this country.
It would indeed be a sad reflection of the leadership within ENL if this issue wasn’t addressed immediately.
So returning to the idealistic view of the character of Mauritians as leaders espoused by Dr McLeod they are not the ones that will make Mauritius great – it will be character of those in the room at Voilà hotel last night that will achieve it – with the benefit of a binding confidentiality agreement.
FRANCES MCCAW 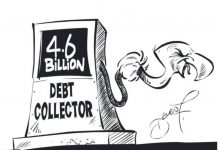 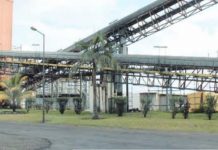 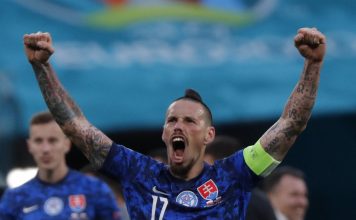