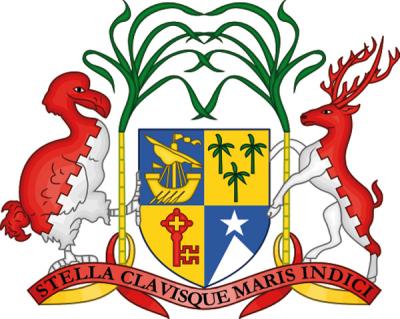 Seriously Mauritius. A dead and lazy bird on the left. An imported animal on the right.. Both dressed in colonial tailcoats. A dead industry in the middle. A boat that we haven’t used to go to work for at least a week. Hopefully it’s not one of those boats that was involved in large-scale human trafficking. 3 palm trees.. A key that will now be appropriate only when our independent country turns 52. And a star (mullet argent). Plus the 200-plus-year old reason why the British seized the island: Star and Key of the Indian Ocean. That was before the birth of the Wright brothers and Santos Dumont.
This beauty was apparently designed in 1906 by Johann Van Der Puf, the Mayor of Johannesburg. Might have been relevant then. But is definitely not now. We should organise a design competition. To get rid of this embarrassment. 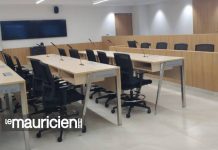 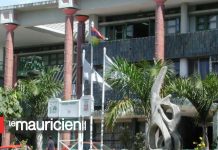