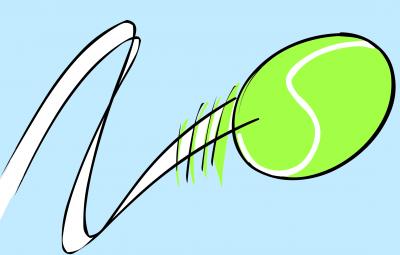 So, as an industry, what can we learn from one of the greatest sportsperson on the planet? The 35 years old tennis superstar, almost 36 years old in a few days, has extended his career Grand Slam tally to a ridiculous and unthinkable 19, after a one-sided win on Centre Court at Wimbledon. In the same vein, he has won a record 8th Wimbledon title against all odds despite being in the top four with the usual suspects. In recent weeks, many have described Federer as being in a “class of his own” when not so long ago, the pundits agreed he was out of bounds and Federer could have been history in the game with injuries, poor performance and outpaced by his younger and hungry opponents whom we are all aware of.
As he gets older, Roger has been playing smarter, wiser and dare I say with supreme elegance. Unquestionably, time off has reinvented him and he has been able to plan, select the right project if you like, and execute at the highest level to step up to the plate to win again. Simply, the evergreen Federer is back and, all probably because of proper planning and programming and the ability to say “No” to tournaments and to say “Yes” when he feels he can. Over more than a decade, Roger Federer and his team have adapted and adjusted with the speed of technology and his ferocious rivals. His professional artistry has come to the fore to allow scope for greater innovation and reflective thinking despite the fear of commercial loss for not participating in every tournament.
Risk is an inherent part in construction and next to nothing profit margin does not help the situation, worsened by a paucity of good staff in almost every trade in the industry. De-risking projects requires time and more often than not, time is more valuable than money with stretched resources. In a fast-tracked culture of deliverables, where bowing to pressure to do things and working round-the-clock are the new norm; saying “No” to a new instruction or inquiry is an essential skill to avoid disputes, financial losses and draining out physically and mentally. Shooting oneself in the foot is often unintended and the mastery of saying “No” is relevant now more than ever and the “No” can be further assisted by the concept of Intelligent Disobedience. Intelligent Disobedience is a core attribute for smart professionals. Stepping back, pondering and being selective is not for everyone but it is better to say “No” occasionally to clients than Never in the future.
You may agree or disagree with my thoughts but whatever your point of view is, arguably the word “No” does every now and again contribute to reinforcing clients’ relationships, particularly when you wished you had more than 24 hours a day to work on existing projects. However, the thought of losing a client’s loyalty could be playing up in your mind for another opportunity to impress. Is that a risk you are willing to take? Roger Federer certainly did and it all paid off in the end!