That is natural in a city defi ned as much by its two soccer teams as it is by its musical heritage, the hometown of the Beatles. “He is the quiet, unassuming kid who puts on his Liverpool shirt and becomes a superhero, the embodiment of every fan’s dream,” said James McKenna of Spirit of Shankly, a Liverpool fans’ group. “No Egyptian has done what Mohamed has done, which is why his rise is so important to the public,” said Ahmed Atta, an Egyptian soccer analyst. His faith — and his public displays of it — have also made him a fi gure of considerable social and cultural signifi cance. He is a North African and a Muslim who is not just accepted in Britain, but adored. 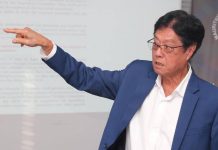