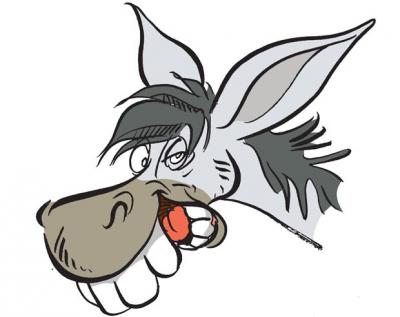 There lived a family of swindling ruffians in a far-away village.  They were petty peasants with great ambitions who wanted to make quick bucks.  They owned a great many asses and used to sell them at exorbitantly inflated prices to the poorest of peasants, who hardly had a choice as the next village was at least ten days’ worth of ass-travelling.  The mother, father, son and daughter of that family of ruffians gradually became prosperous, selling their asses.
Now, one day, the daughter fell in love with another low-life and needed a good dowry to get married.  Day and night, the family thought about how to boost their fortunes until the daughter came up with a luminous idea! There was a nearly-blind peasant in the village.  He would be the perfect prey for their rabid fangs!
So, the predatory daughter went to him and whispered: “I’ve got a wonderful ass here.  The most amazing one ever! Its beauty, grace and finesse are equally to none! Would you like to buy it at a ridiculously cheap price?”
The nearly-blind peasant said, “Why so? What’s the catch?”
“Oh, just think of it as a good deed.  I’ve got a few like that.  It’s a talking ass and can make you rich quick!”
Now, who doesn’t like the stench of money? The nearly-blind peasant scratched his head and said, “Make it talk.  I want to hear it.”
Using her ventriloquist skills, the daughter tricked the gullible man, pocketing a handful sum in return for her devious act. The next day, the nearly-blind peasant turned up at their doorstep, banging the door and wailing! “You rotten lots! You badass of a woman! You’ve tricked me! You shall be cursed! Take your fake ass back!”
The lousy family started laughing and laughing.  Then, with a strike of thunderous lightning, the father, mother, son and daughter were transformed into asses! Proper talking asses!
With a grin, the nearly-blind peasant tied the asses together and soon became prosperous.
Moral: Don’t count or sell your asses before you’re sure of their skills! 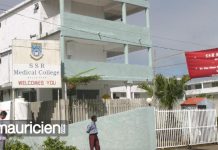 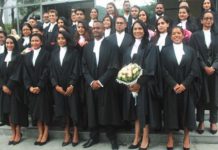 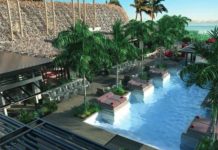