If only the Lame Duck Regime could pay heed to the above advice tendered by a famous disc jockey and TV presenter, Parliament would have been dissolved and snap elections called for. Of course, I don’t have in mind the newly elected President of the Malagasy Republic (Former DJ) whose country has the potential to be a breadbasket of the region.

Anyway, our patience is a great virtue and the long road to the polls is now within sight.

What has been the biggest achievement of this government since it was sworn in? Nothing to write home about except that it has thrived on bluff, toxic lies and vendetta.

There is however one notable achievement of this government. It has ushered our Republic into a Debt-Trap Diplomacy.

In Mauritian parlance, we call it “neither here nor there” and the consequences are inevitable. We have become servile and subservient, i.e. we are at the beck and call of the alleged feeding hands. Cynics will say that lapdogs eat the crumbs that fall off the master’s table but at what cost?

Are we lapdogs or lackeys of any Emerging Power?

The recent visit of our PM to India is a revelation. A few dips in holy Ganges does not cleanse us from our political blunders even if our name is blasted over a loud hailer from the loss and found stand of the Kumbh Mela. There is God-given justification to attend a Kumbh Mela in the Constituency of Indian PM as an ordinary or official pilgrim but not in the year when its likely to coincide with the Indian General Election. It is because of true Indianness that Mauritius should be treated as an Equal partner. Indianness cannot be narrowed to Spiritual and Cultural matters only. Unfortunately, we have lost the respect which we assiduously earned.

Punching Above our Weight

As a SIDS we have always punched above our weight in International forum. In Vancouver in October 1987, at the Commonwealth Heads of Government Meeting, the then Foreign Minister SSB made a forceful statement to condemn the bloodless coup staged by Lieutenant Colonel Rabuka to seize power in May 1987 “with the aim of making Indigenous Fijians politically dominant.” An Indian dominated Coalition won the Election in April 1987. Mauritius took a firm stand on the merits that democratically elected governments should exercise their legitimate rights – an example of true Indianness. Many delegates at the Summit were surprised that’s India’s statement on the Fiji issue was nuanced.

Be it at Commonwealth meeting or UN General Assembly, our commitment to democratic values has been unequivocal. PM N. Ramgoolam made no bones to vehemently condemn the Burmese Regime which kept Mrs. Aung San Suu Kyi under House Arrest.

It is as an equal partner that Mauritius, year in year out, makes a strong plea at the General Assembly of the United Nations for India to be a member of the UN Security Council. An equal partner deserves equal treatment. We speak with one voice and our vote carries the same weight in International fora.

Our PM was not even a guest of the Union Government on Republic day. He was simply relegated to the role of guest appearance of the State of Maharashtra and did not even play second fiddle to the President of South Africa who was on a State Visit and Chief guest of the Union Government to celebrate Republic day. Why? Is it because we fit in well as a Chota Bhai? Any head of government worthy of his status should have left straight after the Kumbh Mela. More so since he was feted as a special OCI at the Mela which made PM Modi the undisputed Leader of Indianness. It gave the host the clout he needed in an Electoral year in the most populous democracy. Any opportunistic photo would do. Selfie, Instagram and hologram work wonders.

The beauty of true Indianness is secularism. India should never forget it is a secular state and has earned and commanded respect not only because it is the most populous democracy, a great emerging power but largely because of its secularism. India is a shining example and if it loses its glitter the impact will be felt in Mauritius. Our success rests upon our National Unity and we have to stay far from any imported Minority or Majority Syndrome.

What Has Been the Outcome of the Visit?

CECPA is yet to be concluded. Is India going to allocate additional seats in its best tertiary institutions in the fields of IT, medicine, engineering, AI or robotics to our bright students? No. Yet PM led a delegation of 18 officials and has nothing to report on a Temporary MFN Status with respect to DTAC despite promises made by India not to hurt our low tax jurisdiction. I am baffled as to why Mauritius is not treated at par with Netherlands, S. Korea and other Jurisdictions over CGT.

It’s a sad state of affairs when any country has to concede part of its sovereignty for a fistful of dollars. Since India puts a lot of premium on its Freedom of Information Act, I still can’t understand why the agreement with respect to Agalega should not be disclosed? Is it setting up a place or a base on Agalega? It is not because supply side constraints are being addressed that we have to lose sight that Mauritius is a Sovereign Democratic State. The PM’s lips on these relevant issues are sealed. Under this Regime anything goes. Money makes the world go round but there should be no compromise on National Security and Territorial Integrity.

A Sovereign Democratic State which values its Secularism does not attend military exercise organized by IOC. We should not even contemplate to have an observer status at the Islamic Organization Conference. Nothing should be done to rip apart our social fabric. Our Oneness rests upon unity in diversity and diversity in unity. Beware of the Minority-Majority syndrome unleashed by the Regime for obvious reasons. Debt-Trap Diplomacy is also the outcome of donations to political parties. Some donors would also finance radical and terrorist organizations.

If it is true that MBS, the Crown Prince of Saudi Arabia, was in Mauritius even on a private visit, then it’s a huge set back to our democracy and rule of law.

The best friends of Saudi Arabia in US Senate and Congress are of opinion, following information obtained from NSA, that instructions to murder Jamal Khashoggi, the Washington Post Journalist, came from the highest quarters. The Davos in the Desert which was held on 23rd October of 2018 in Riyadh became a controversy over the Khashoggi case. A responsible Government would have put on hold any concessionary loan obtained from S. Arabia until the independent panel set up by UN rights office establishes ‘the nature and extent of States’ and individuals’ responsibilities for the killing”. 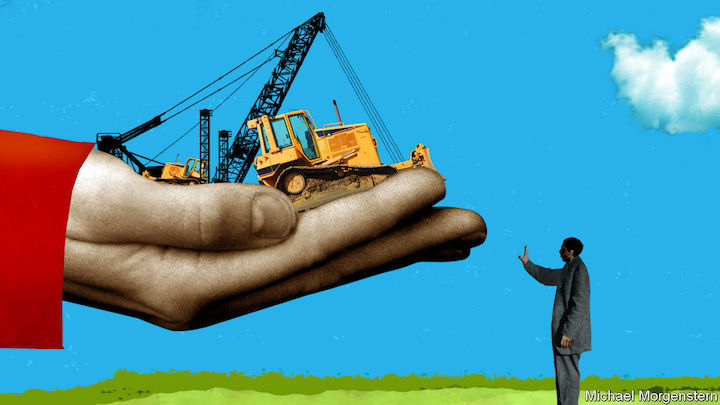 Loan, however concessionary it is, may be a false dawn. There are many articles on the perils of Debt-Trap Diplomacy. Whether China uses Debt-Trap Diplomacy more than any Emerging or Developed Country is a matter that can be discussed endlessly. After all US is the biggest donor of WB and its NSA is as aggressive as Huawei to gather data or to tap phone Conversations of world Leaders. Even the members of NATO have not been spared.

As an unnamed expert in surveillance technology at Beijing University told the South China Morning Post: “Beijing and Washington are in a race to be the world’s biggest peeping Tom.”

Data will be used to exercise undue influence to rig elections. How to ring fence our democratic institutions and essential services from any onslaught is a key question? There are certainly ways and means if our human capital is appropriately harnessed.

Sovereignty of any democratic state largely rests on the protection of its essential services and institutions. There is a major difference however when grants or concessionary loans are extended to developing countries by EU or US. There will be non-disbursement of funds if there is no proper procurement legislation. They are more accountable to their taxpayers than our friends from Maha Bharat or the Land of Confucius.

Our SOE have to be fiercely transparent and professionally managed and there should not be crowding out of investment for public or private sectors.

Who will exercise proper surveillance and monitoring of social media during the electoral campaign? The Electoral Commission is not equipped and ICTA can be an offensive political tool.

In France, Macron’s campaign was hit by cyberattacks just before the Presidential election, but his abled team confused and slowed the hackers. When a trove of stolen Macron emails appeared online, “the French media refused to provide sensationalized coverage because of a law that guards that happening close to an election”.

If you need any proof of the intended consequences of toxic news ask Hilary Rodham Clinton 2016 US Presidential candidate who in 2009 in Nairobi cited Mauritius as a showcase of Democracy and Rule of Law.