A saga is defined as a long, involved story, an account of, or a series of incidents. This simple definition portrays how things have been handled until now for the slavery museum in Mauritius. The crux of the matter is what happens when Ministers blunder. Recent explanations given by government to reassure the population that the slavery museum is well under way and that things are being catered for make us gasp with disbelief. A rapid overview of the case history gives us an amusing and enraging compendium of ministerial errors.

In 2011, the Truth and Justice Commission Report recommends the implementation of the  Intercontinental Slavery Museum project as conceptualized by Prof. Benigna Zimba of Mozambique, who at that time was working as consultant with the Commission. It reads as follows: A ‘Museum of Slavery’ to be created in the capital city of Port Louis for greater visibility along the lines outlined in following Museum proposal. Although one ‘Interpretation Centre’ is projected at Le Morne, this should reflect the Maroonage aspect rather slavery which was a national phenomenon’ (TJC Report, 2011, Vol.1, p.19 & p.395). The Nelson Mandela Centre for African Culture Trust Fund was therefore mandated to implement the various recommendations falling within the purview of its mission for cultural reparation and empowerment. Several working sessions were conducted at the Ministry of Arts and Culture chaired by Minister Choonee and his officers. The Ministry of Finance also looked into the feasibility of the project. Dr Vijaya Teelock, well known for her research work on slavery, took an active part in the discussions. At one point, it was suggested to adopt the Build Operate and Transfer (BOT) principle to materialise the project. The running of the museum was to be entrusted with a public company or a trust on the same model as the Aapravasi Ghaat Trust Fund. Not surprisingly, things dragged on four years. In December 2014 came the General Elections.

A new government was sworn in office. Honourable Dan Baboo was appointed Minister of Arts and Culture. All the discussions and suggestions seemed to have never happened. All the officers of the Ministry were taken by sudden amnesia. Nobody could give an ounce of explanation to the Minister where matters stand. I was then Director of the Nelson Mandela Centre and was asked to come with a course of action. Several working sessions were held at the seat of the Centre on the museum. Minister was at a loss with his own ministry and decried publicly that his Ministry is a house of fiend (lakaz diab). Seeing how things were going on, advocates of the project managed to inform members of the government of the importance to enlist support of the Executive Cabinet. 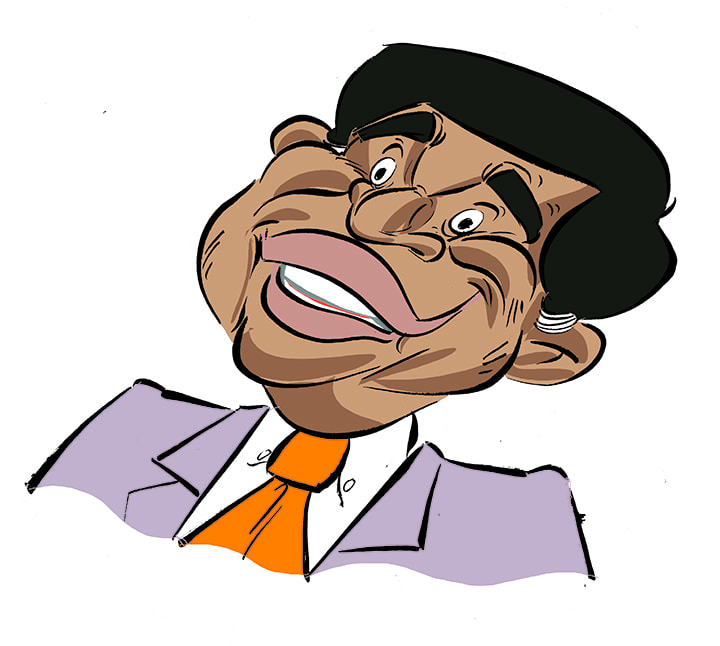 At its meeting of 7th April 2016, the Cabinet decision was taken to set up an “Intercontinental Slavery Museum, as recommended by the Truth and Justice Commission, at the Ex-Labourdonnais Military Hospital in Port Louis. The Museum would give more visibility to slavery and the slave trade in the Indian Ocean, promote slave history, and emphasize the contribution of the African Diaspora in the world development”. It was also important that provision be made in the budget for the museum. In its Budget speech, Pravind Jugnauth, in his capacity of Minister of Finance, announced that “we are also providing for a study to be carried out prior to the setting up of a Slavery Museum at the ex-Labourdonnais Military Hospital, in Port Louis.” (‘A New Era of Development’, para.256, Budget 2016-2017). The Centre for Research on Slavery and Indentured Labour (CRSI) of the University of Mauritius which specializes in research on the history of slavery and indenture wrote to the Ministry of Arts and Culture and the Prime Minister’s Office to advise on the course of action. It proposed that a High-Powered Committee be set up and presided by the Prime Minister which will be the umbrella for several subcommittees (research, technical, legal and finance). The findings of the High Powered Committee would therefore provide substantial elements to assess the feasibility of the project, although much has been done at this level since 2011. The CRSI proposal also mentions that the Nelson Mandela Centre which falls under the Ministry of Arts and Culture would have to play a key role as one of the key principles of such a museum is to encourage a bottom-up approach with community involvement at all levels in line with the UN Decade for People of African Descent (2015-2024). The time frame earmarked Year 2019 as the year of completion for the first phase by 23rd August 2019 which is the International Day for Remembrance of the Slave trade and its abolition.

Minister Baboo under the sway of his officers, disregarded the proposal and paid a visit to the International Slavery Museum of Liverpool. Unofficial reports say that the curator of the Museum strongly advised him to work with the local academics and researchers of CRSI. At his return, persisting in his error, the Minister launched a public call for artefacts on slavery. That was pure nonsense! The joke runs that the Ministry got one ros-kari and some trifling objects. At a later stage, we learned that the Military Hospital would not be the chosen site for the Museum. There has been an exchange of a plot of land with the United Docks. This was an insult to the memory of the slave descents as the docks is a place of remembrance of local capitalism exploiting workers. By that time, Deputy Prime Minister Xavier Luc Duval had resigned.

In the wake of this political turmoil at that time, Honourable Roopun is appointed Minister of Arts and Culture. In spite of strong reserves formulated by those conversant with the project about the Ministry’s international call for a feasibility study, Minister Roopun did not change his position. He even built a whole argumentation which did not hold water for all of us who could see he was being misled. Today, it is quite obvious that the Ministry has put the cart before the bullock. The onus is on the Minister. The main mistake has been a total misunderstanding about the whole TJC recommendation for the slavery museum. Prof. Benigna Zimba wrote: ‘We must obligatorily emphasize one particular feature of this Project: more than a wide range of artifacts, documents as well as modern ways of representing this aspect of African history, the Intercontinental Slavery Museum will be a reflection of African cultural heritage.  By elevating the Museum into this dimension, the Project moves beyond the tendency of “victimizing” the history and historiography of slavery and slave trade. One important conceptual component of the Intercontinental Slavery Museum is to showcase not only African culture, but the dynamics of this culture and how it was an indispensable component that helped to overcome this tragedy.  Another related component is the Museum views slavery and related processes also as a factor in building African culture’. Also, the project looks forward to the upcoming generations and in this perspective, it is an indispensable educational project.

The way forward is for the Ministry of Arts and Culture to hand over this project to the Nelson Mandela Centre. It is important for the government to ensure that the Intercontinental Slavery Museum is not just a project to be managed like the construction of a building but the whole process is underpinned by recognition, justice and development of people of African descent. If there is wisdom, government can intervene and remedy the situation.