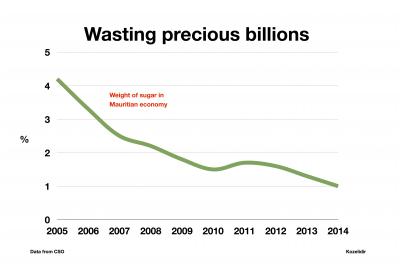 The first time was when several billions of rupees of the fruits of our economic diplomacy were gifted to a sunset industry which at the start of the bean-counting reforms in 2005 represented a little over 4% of our economy. 10 years later its weight was four times smaller. Talk about a strategic blunder of epic proportions or is it a monumental skills mismatch? Naturally this was to be followed by sending our savings rate to a 30-year low and severing the link between international oil prices and what Mauritian voters paid to fill up their cars. To name just a few. So yeah, dumb policy-making had made Mauritius a lot more vulnerable and treaty risk a lot larger. Than it ought to have been.
Now another Minister wants to sink billions of a grant received from India — who has millions to lift out of poverty — into buildings we don’t need partly because he’s not happy with the amount of legroom he enjoys in our historic Parliament.

The Divine Form of Humanity