As the 21st century unfolds, people realise that something is amiss with our modern civilization and this in spite of tremendous advances in sciences, technology and economic welfare over the last 300 years.

In the developed West immense strides in technology and material wealth over the past decades have not resulted in large scale improvements in the quality of life. India and China have improved the human condition there but at great environmental costs that impact human welfare. Similarly, in the rest of the rest of the world improvements in human welfare and economic wealth come at heavy environmental costs.

It is clear that increases in wealth, obtained by destroying part of the environment are no longer sustainable over the short or medium term. Impacts of modern civilisation on the general environment worldwide are on the earth, its waters, its air, its biodiversity and its mineral wealth.

Most coastal waters and rivers are heavily polluted by liquid and solid wastes from industrial and commercial activities and shipping whilst uncountable masses of plastic debris floating in the seas kill millions of sea creatures.

Air pollution afflicts most large cities of the world due to heavy vehicular transport and industry with often lethal health impacts whilst climate change slowly melts the poles, glaciers and pushes world climatic systems into more extremes of weather.

The gradual but now virtually unstoppable erosion of biodiversity is undeniable and gravely threatens our food security through the destruction of plant and genetic resources. Major fisheries worldwide are collapsing worldwide beyond repair.

The mineral wealth of the earth has also been significantly spent, including the mineral energy resources of coal, oil and natural gas indispensible to our civilisation. Foremost, conventional oil resources have been severely depleted worldwide thus increasing our dependency on non-conventional oil resources like US light tight oil, deep sea oil, polar arctic oil or bituminous sands from Canada which are difficult to exploit and expensive, hence pushing prices upwards.

The collapse of oil prices from US $ 100 per barrel in 2014 to US $ 70 today may well be a temporary phenomenon. So watch out for oil prices it is well capable of derailing economic growth on its own and of delivering body blows to our civilisation.

Our modern industrial civilisation comes at a heavy environmental price. The bounty of the earth has enabled our civilisation to offset environmental costs. Left unchecked, these costs directly diminish human welfare and trigger political unrest for Governments.

In response during the seventies, many industrialised countries passed legislation and created agencies to address environmental issues. The same phenomenon is now beginning to unfold in China and India after decades of wanton industrialisation and near total disregard for the environment.

In 1987, the Bruntland Commission report launched the “sustainable development” concept in an effort to accommodate environmental stewardship with the juggernaut of development. There are many definitions, but basically sustainable development means “development that meets the needs of the present without compromising the ability of future generations to meet their own needs”.

There are considerable philosophical conundrums with that definition. Development refers to a process that has a beginning, middle and an end, whereas sustainable development implies a process with no end in sight. After all, if it is sustainable, why stop?

To circumvent these obvious difficulties, the concept of circular economies has been invented whereby wastes are recycled anew and input back into the economy, similar to what nature does when dead organic matter is decomposed back into nutrients by micro-organisms and used by plants for new growth. However, modern economies recycle little of their wastes especially plastics and many of our technological gadgetry, such as ubiquitous cell phones, tablets, and personal computers, are still technically challenging to recycle.

The greatest and least discussed challenge to a transition to a fully circular economy is energy. Renewable energy is touted as the path to tread for the future. Let us examine that claim. All renewable energies ultimately come from the sun and it is a fact that the surface of the Earth receives from the sun far more energy in an hour than humanity uses in a year.

But then in a rhetorical leap, it is argued that this solar abundance will somehow translate itself into useable forms of energy thanks to technology so that our future is assured.

Yet this energy is diffused across the surface of the Earth and needs to be collected, concentrated and stocked into a useable form. Currently solar energies are exploited via thermal collectors for heat, solar panels or wind turbines for electricity or via biomass.

Liquid fuels essential for modern transports such as cars, lorries, ships or aircrafts are the Achilles’ heel of renewable energies as it is currently not possible to transform solar energies into liquid fuels except via bio-fuels whose available volumes are very small compared to oil based liquid fuels.

The current drive towards electric vehicles is a response to the pesky issue of renewable energies and transport. However, given that there are close to one billion land vehicles and only a few million of electric vehicles worldwide, the full electrification of land vehicles will require decades, even when assuming that it is entirely technically feasible. Reality is that technical hurdles are still extant concerning the power storage capacity, speed of recharge and durability of batteries. As for air and maritime transport there are NO substitutes for oil based fuels given that electrification is currently unfeasible.

In view of the above we can only conclude that sustainable development appears to be a mirage. 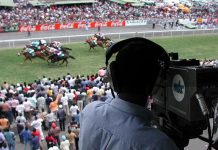 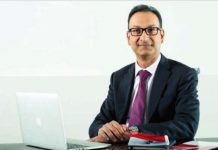 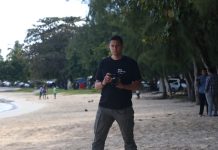