The general public in Western democracies still remembers the disastrous military interventions not only in Iraq – and all the web of deceit and lies that surrounded them, most notably the insistence upon non-existent Weapons of Mass Destruction – but also in Libya. So much so that it is now much more difficult to sway public opinion in favour of military intervention in Syria, even when this is packaged and promoted as limited action targeted at degrading Bashar al-Assad’s military arsenal. The people of the US, UK and France (and also Germany and other EU Member States) are now nagging their governments/representatives and asking perfectly legitimate questions to which the answers (when they are given) sound like flimsy excuses.
Talks of military intervention started shortly after news broke out on 21 August that chemical weapons had been used in Syria, which were very quickly attributed to the Assad’s regime. Obama, Hollande and Cameron (before the momentous and resounding House of Commons ‘NO’ vote) stated that military intervention was necessary to “punish” Bashar al-Assad, not to overthrow him. That was hardly convincing to their citizens and a major cause of concern for the “rebels” who they’ve been backing in the bloody civil war in Syria.
The “rebels” first. Mostly die-hard Islamists supported also by Saudi Arabia and Qatar and other jihadists reportedly linked to Al-Qaeda – nothing to reassure world public opinion here ! -, they were understandably unhappy and angry about this. After all, for two and a half years they’ve been fighting against Bashar al-Assad’s regime in a war which has already claimed 100,000 lives and resulted in 2 million refugees. It struck them as an outrageously weak posture. Unfortunately for them, Obama has subsequently made a U-turn and will now wait until the US Congress convenes on 9 September before deciding on whether or how to intervene militarily in Syria !
And, of course, for the people in the US, France and the UK, there is that big ‘What if… ‘ question. What if the chemical weapons used on 21 August had been deployed by the rebels themselves ? According to the Americans, the French as well as Israeli intelligence, they were used by the despicable Syrian regime…. But, as UN inspectors have not published their report yet or issued an official statement, this still leaves us with no conclusive proof and the public remains sceptical.
Public opinion is also wary of the kinds of mess caused in Iraq and Libya for it to endorse yet another military intervention. Opinion polls in the US, France and the UK show that a majority of people are opposed to military raids against Syria which will undoubtedly lead to yet more massive destruction and death of civilians (the West prefer to call these “collateral damage”). Public protesters remember how the West helped Iraq in the 80s in its war against Iran. The war lasted eight years and left half a million people dead and deep scars between Sunni and Shia populations.
The moral indignation about use of chemical weapons in Syria has revived memories of how the US sold materials to Iraq with which to manufacture chemical weapons, and the Iraqi regime led by Saddam Hussein used those weapons against Kurdish Iranians in 1988. There was no indignation then, no moral dilemma, no major concerns about a crime which had to be “punished”. Then, during the first and second Gulf Wars, the West turned against Saddam Hussein who was portrayed as a brutal dictator. Gadaffi too was once the darling of many a Western leader. Blair dealt with him. And Sarkozy. How many millions of Euros (€50m ? more ?) and lucrative contracts did Sarkozy obtain from him ? Then Gaddafi became the West’s enemy, and when the Libyan leader threatened to make revelations about how he helped finance Sarkozy’s election campaign, it became very important to get rid of him as swiftly as possible. The rest is well known. Such inconsistences are still fresh in people’s minds.
50 years after Martin Luther King’s historic speech, can an Afro-American President at the White House raise his head and say with great conviction and inspiration : “I have a dream” or will he disappoint us all and say : “I have a drone” ? As for poor Hollande, he’s simply caught up in Obama’s booby trap. Syria is not another Mali. The French President now looks terribly vulnerable. Unless he is prepared to swallow his pride and back out from this mess… But should he persist in wanting to “punish” the Syrian dictator, he stands to lose more of his credibility or what’s left of it among his electorate and perhaps within his own party and government. 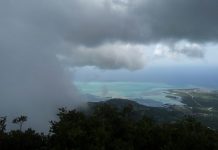 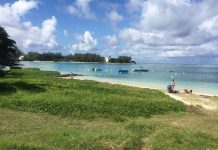 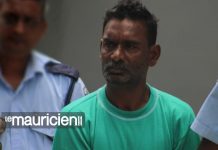