General elections have always been of primordial importance in Mauritius, with an average of 80 percent voter turnout in the four elections between 1995 and 2010 (Joomun and Dulani, 2013). One particularity of Mauritian elections is the Best Loser System(BLS), which enables the Electoral Commission to nominate eight members of parliament in order to secure representation of ethnic minorities. The implementation of the BLS stems from the inequalities, especially towards Mauritians of African origin, as a legacy of slavery. (Bunwaree, 2005).

Relative deprivation in small multiethnic spaces can give new significance and meaning to identity politics. Despite the fact that the BLS has often fallen under heavy criticism, corruption and party personalisation are viewed more as a danger for the least well-off citizens’ interests than the BLS itself (Carroll and Carroll, 2007).

Over time, there has been an academic debate that can be dubbed as preconditionists versus universalists (Berman, 2010). While preconditionists believe that there is a need for a certain number of conditions to be present in order for democracy to flourish, universalists posit that democracy can occur in a variety of settings. When the British left Mauritius in 1968, it was believed that Mauritius would not amount to much because of its lack of natural resources, small-size with a growing population, and ethnic differences and tensions (Selvon, 2005).

However, on an economic level, Mauritius has, in the past, often been cited as a model to be emulated in the region. Its successful transition in the 1970s from a sugarcane-based economy to one based on an export processing zone and a tourism industry has been widely discussed and documented. By the mid 1990s, the country further diversified its economy with the launch of financial and banking services, and more recently that of information and communication technology services (Stiglitz, 2011). In spite of pressures from the World Bank and the IMF to abolish free education and free health services in Mauritius, the country did not give in and kept on providing these services to its population (Bunwaree, 2005), even adding free transport for students and senior citizens. 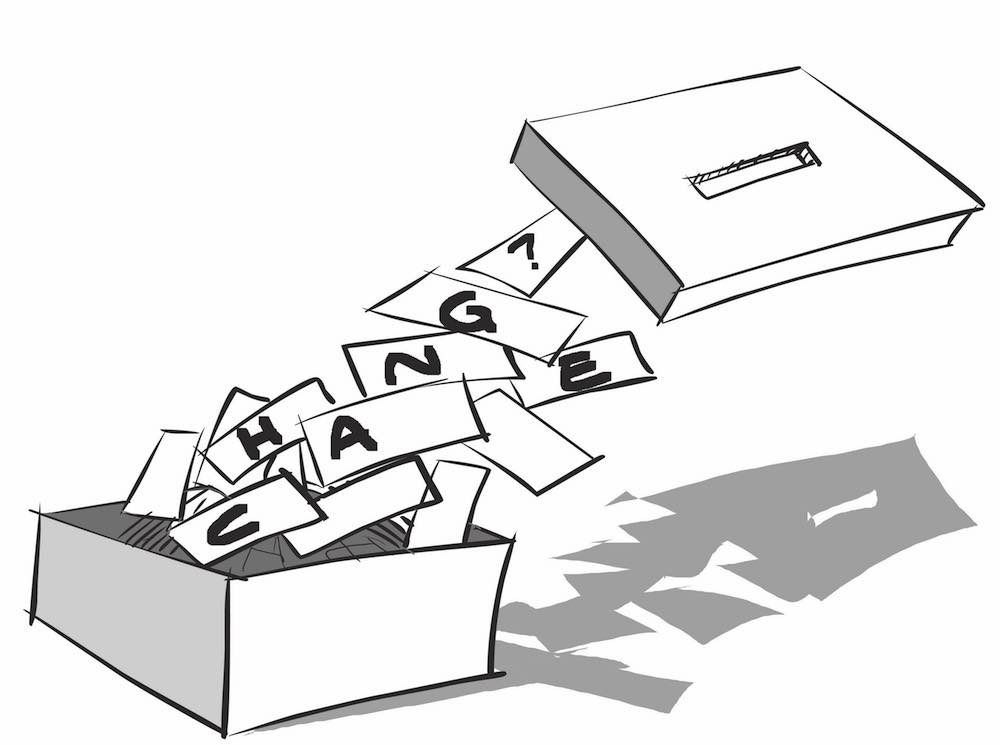 Around the time of its independence, political parties with ethnic and religious considerations were viewed favourably, as contributing to social diversity in Mauritius (Srebrnik 2002). However, these have now mutated to a situation where ethnicity and religion have become the primary base for voters during elections, as opposed to representation through the support of policies (Jahangeer-Chojoo 2010). In 2004, the National Productivity and Competition Council (NPCC) issued a report entitled ‘Competitiveness Report: What Orientations for Mauritius’ in which the following extract was underlined:
“To arrive at a shared vision for Mauritius, it is imperative that everybody should be able to voice his/her opinion without fear on the problems and future perspectives of Mauritius. Does this culture of open and constructive debate exist when the political competition model is based on patronage and clientelism? Or has such an open political culture, so essential for the conduct of a properly functioning democracy, been diminished by a climate of implicit fear that speaking one’s mind will result in punitive sanctions of one sort or another?”

The above statement provides much insight into the limitations offered and the challenges faced by the Mauritian democratic model. In fact, the highly-acclaimed diverse Mauritius is also slowly becoming a nation in which socioeconomic gaps are widening, the political class is increasingly dynastic, and ethno-religious tensions are rising. It is no wonder that political parties in Mauritius have repeatedly formed coalitions for general elections, only to collapse further down the road.

These electoral coalitions have occurred for several reasons: Office seeking, ideological affinity, to heal former ethnic issues, as a nation-building device, and as a tool to remain in office (Sithanen, 2003). In addition, the succeeding permutations of the same political parties in Mauritius since its independence have contributed to a sense of mistrust on the citizenry’s part towards politicians (Bunwaree, 2006). Even though this sense of political cynicism in Mauritius is irrefutable prevalent, it has so far not been concretely measured nor published in any journal, which is why it is quite hard to state how prevalent it is.
In 2002, the Prevention of Corruption Act (POCA) was voted and implemented in Mauritius. It has made provision for an Independent Commission Against Corruption which has undertaken numerous investigations that, in theory, work towards the prevention and punishment of fraud and corruption.

For far too long, the Mauritian state has needed to review its strategies to combat corruption more rigorously. On the other hand, much light also needs to be shed on why Mauritians have elected the same political alliances into power over the years, in spite of being aware of the extent of local corruption and inequalities.

SJT is a theory in social psychology which posits that people justify the status quo as far as the political and economic state of their country is concerned, in an effort to come to terms with their own sense of inferiority, income inequality and the gap between the rich minority and poor majority (Jost, Banaji and Mahzarin, 1994). Ordinary citizens find it much easier to justify their current state as being a product of the system, rather than getting involved emotionally and physically in an attempt to change the system.

It has been amply demonstrated that when there is no militant or totalitarian government, society in general is viewed as more stable and legitimate. Inequality is then accepted as part and parcel of the system, even by those who suffer the most from it. Therefore, the idea that people are both victims and supporters of the norms perpetuated by the system is crucial to SJT.
In Mauritius, multiculturalism is a prominent trait of society. Although multiculturalist thought has very often been accused of causing nihilism (Bloom, 1987), Mauritius has been ranked as the most peaceful country in Sub-Saharan Africa by the Global Peace Index(GPI) in 2016. This certainly seems at odds for such an ethnically and religiously-diverse country with a small landmass and no natural resources. SJT is therefore one possible explanation as to why Mauritians are so passive to the corruption and inequalities that are rampant in Mauritius. Nonetheless, it still does not account for why different political coalitions by the same parties are always voted in and out of office.
This leads us to another concept that is much relevant to the Mauritian context: Penal Populism.

Penal populism is defined as a process whereby the major political parties compete with each other to be « tough on crime »(Pratt and Clark, 2005). Although Capital Punishment has been suspended in 1995, after only two death sentences since Independence, the former government of MSM-PMSD has won the 2014 general elections also based on the idea of reintroducing capital punishment in Mauritius in an effort to combat rising crime (Panapress, 2016).

This is no coincidence. Many liberal democracies have adopted electoral policies that promise to get tougher on crime, at times even despite the crime rates appearing to decline (Hough, 2002; Tonry 2007). Politicians raise concerns that appeal to the population’s fears, but the manner in which those fears are addressed are not necessarily an indication of more progressive penal politics.

One factor that has considerably contributed worldwide to the rise of penal populism in many countries is the mass media, which has helped increase crime visibility, thereby also raising the population’s reactions about it (Bartlett, 2009). The public’s fascination with crime and how it is dealt with has also fueled the media, for example, with more and more crime shows being aired such as 60 minutes and Cops in the US. From this example, it can be gathered that while the media has bordered more on the sensational, instead of the informational aspect of crime reporting, it has, for better or for worse, also increased public awareness on crime.
In a study by Gerber and Jackson (2013), a distinction is made between two main reasons for punitive retribution. These are ‘revenge’ and ‘just deserts’. The former focuses on making offenders suffer, and the latter refers to a restoration of justice by making offenders pay for their offences.
In February 2015 a former Prime Minister of Mauritius was arrested and charged with eleven offences, amongst which were money laundering and traffic of influence – an arrest which was promised during electoral campaigning and eventually delivered by the then Prime Minister. This attests to how Mauritians, as a whole, engaged in penal populism after a decade of rule by the ex-Prime Minister. Subsequently, all but one of the eleven charges against a former Prime Minister have been written off for lack of incriminating evidence. This shows that penal populism in Mauritius has given more importance to the electoral advantage of a policy than to its penal effectiveness.

During the 80s and 90s, Mauritius has proven itself both socially and economically, hence earning the nickname of the ‘African tiger cub’. However, the strong welfare state that Mauritius has developed into over time has been, for over a decade now, under threat, according to major economic indicators (Bunwaree, 2005). There used to be a sense of possibility of upward mobility while the economy was shifting from the sugarcane industry to the Export Processing Zone. Unfortunately, this hopeful sentiment is making itself increasingly scarce nowadays.

The COVID pandemic and the Wakashio oil spill have brought the tourism industry to its knees, a dire predicament that is here to stay for quite some time. We shall have to contend with rising unemployment, and as a consequence, a spike in crime as well.

This is, however, not to say that we are doomed. Fatalism can be of no use to anyone, no matter how bad it gets. Any tragedy felt on a collective level shall inevitably trigger people to be more vocal about their needs and expectations. As a democracy, this is, and will always be, our silver lining.

In conclusion, readers are left to ponder over the following question: 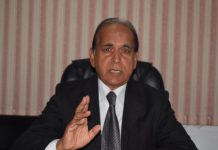 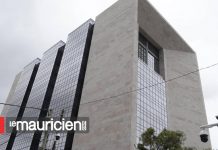