We live in a beautiful country. Free? Relatively? Not really. We work for money- that we may believe to be a fair, equitable payment, even when our employers make hundredfold of our salary- to sustain ourselves, or our families. This money goes into property, essential needs, entertainment, our children’s future, personal savings and, for many of us, into lifelong debts. The children we raise will do the same, and their children too, perpetuating a vicious cycle. The savings might be used for our later years, at a crippled and decrepit age, when we could finally enjoy our ‘liberty’ and the ‘well-deserved rewards’ of our toil. I challenge not the monetary system, but those who control it, that minority within the minority who, through our labour, owns us. Simply put, a man with no money is no man at all and one with an income is but chained to it. Our freedom is a lie, spoon-fed by the powerful, whom we zeal in veneering.

Why is it that when we wake up, children and adults alike, five days a week, we dread our day? Why is it that before we go to sleep, for slumbers that often do not attain their recommended duration, we silently pray that, somehow, we might not have to go to work the next day.

At the very beginning of our lives, even before we start school, we are taught discipline, obedience, and submission to the system, to the state. Mostly, we are taught that it is normal to despise our weekdays. These fifteen years are a sly, subduing preparation for a child’s later life.

Are the people simply ignorant of the fetters that bind them to their daily bore, or is fear of change a paralyzing thought, or are we such cowards that the idea of revolt itself seems ludicrous. A bit of everything maybe? Or none. Perhaps we are actually happy in those shackles, perhaps we do love the whip, perhaps we even enjoy this pretty illusion of freedom. I truly hope not. 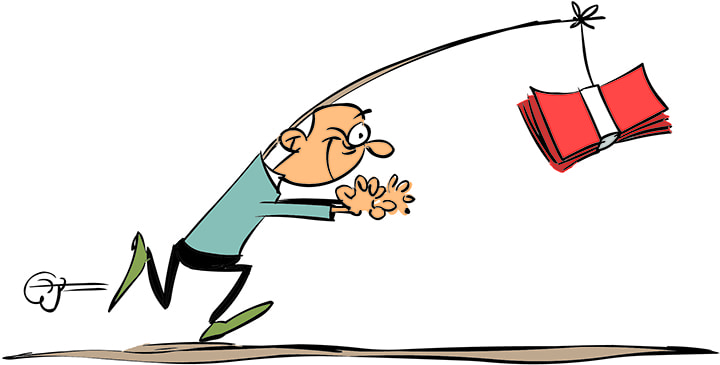 A daily job, one that takes ¾ of a worker’s year, often more, should be as is painting to a painter, writing to a writer, or researching to a scientist. No state would permit such atrocities, for a people enjoying their occupation would mean no automatons, no productive value and less control. Worse, in these days, writers, painters and scientists oftentimes find themselves selling their art to that economic minority, to the point where they come to loathe their vocation. Individualism will never cease to exist, our arrogance has saved us that, at least. But the state and its cronies will be sure to try to repress and dispel it, and we shall have to fight.

A revolution, harsh as that word may sound, is needed. More, it is vital. A soundless plan, I’ll admit, ineffective at most. The silent majority would never adhere to something they cannot fathom, that they can only perceive as impractical violence, as a disturbance in their lives, which, while imperfect, are satisfactory. Defying the system has major risks, and can mean letting go of dreams of climbing the steps of the socio-economic ladder. However, I believe, for change to happen direct action is required. The unwillingness to act, sometimes called neutrality in uppity circles, are a few of the bonds that hold us down, that bestows upon this leading minority that right to exercise its dominion over us, over our work and its value.

Far off me to want to abolish the state. No matter how corrupt and rotten it is, a society without the order the state brings would be a society of chaos. Ultimately, we are our worst enemy. Has Humanity not proven time and again that our nature is cruelty? We are vile, greedy and egocentric. The absence of concrete laws would draw those intrinsic qualities out of us. *And freedom, without responsibility is, ultimately, selfish. A more conceivable society would be one with a new state, one that would abolish the invisible rule of that minority, one where we would be free to choose our callings, and failure would not mean the loss of the right to freedom.

I admit that this vision is of a utopia. Unreachable and absurd. Until the people unite, nothing will be possible. I only strive, in this article, to raise the debate upon our labour, its meaning, and its value.
*Sage’s Rain- Legend of Korra – Zaheer’s Philosophy