Every year, we are treated to what used to be, decades ago, a very important exercise for the country. It defined our well-being, our future and even, at some junctions in our short history, an exciting new Mauritius. Now a fastidious circus, the pomp and ceremony retain merely its symbolism. But the exercise itself is now almost completely pointless at its very core.

Please don’t get me wrong. The Annual Budget is still important as an accounting exercise, and I don’t mean only in the primitive so-called ‘balancing the books’ sense. But it is completely rudderless in the absence of a Vision and Strategy. Had we had those for, say, a span of five years, then the budget would make sense to set the scene for Year 1 and then taking corrective measures (based on implementation) for the remaining four years.

I am not being utopian. We had it in the past. Post-independence, in the early seventies with SSR, we had to quickly find our feet. Sugar, Tourism and even a farsighted trial of an embryonic Textile industry with the Free Zone were the three prongs of a sound strategy. Against all odds, some patriotic visionaries dared to dream of a better post-colonial future and succeeded in implementing it. In the eighties, amidst a severe recession and even a deep political crisis, we again rose to the occasion with SAJ strongly at the helm. Love it or loathe it, the development which ensued brought new levels of prosperity, strongly based on Textile 2.0. Then, the budget was the highlight of the year. True, it had its inevitable dose of populism with its income tax and customs duty cuts but even these stemmed from a liberalisation strategy.

Then, since the late eighties… nothing. Nothing for 30 years. At some point, Minister Sithanen tried to bring some fiscal rectitude and sense to both the country’s micro and macroeconomics but he was, sadly, not allowed to continue his job. Barring this rare exception, for 30 years now, the budget has been a wish list at best and a game of smokes and mirrors at worst. We had only property ‘development’, ‘hub’ this, ‘cyber’ that and, in the interest of our sanity, let us not discuss the ‘corridor’…

So, what is the crucial foundation missing for a sound budget exercise? Let us move one notch down and look at the major gaps in thinking missing from very important sectors of our economy and, indeed, society. In Education, we implement a syllabus with an outdated curriculum, if we even have one. This is why we have more schools but less education. We give allowances or move squatters without a Social Contract. Environmental Impact Assessments (EIAs) are carried out without an Environmental Policy. Foreign airlines obtain Air Traffic Rights with no National Aviation Policy in place. Taxes are reduced or, the latest fashion, increased without a macroeconomic strategy. We have more judges and lawyers yet there is less justice and more crimes. Our values have all but disappeared and we say we want to fight corruption. We pay lip service to preparing the future because we ignore our rich history. Ambassadors are appointed without a geopolitical strategy. Last but not least, our Tourism is now just hotels on the beach with no hint of our history and culture.

In the nineties, when the CEO of the London Stock Exchange (LSE) was sacked, one of his colleagues ventured an explanation. He said that the ex-CEO’s numbers were always perfect but he never had any… vision. That is for the LSE. Can one imagine how a whole country as young and complex as Mauritius has been moving in the dark for 30 years with such a vacuum in thinking, vision and strategy? Regardless of the mechanical accounting aspects, the main question a budget should answer is: what kind of development, and hence what kind of society, do we want Mauritius to have for its second half century? Until we answer this fundamental question, it will be the blind leading the blind. 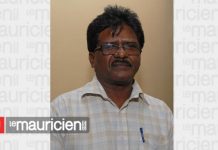 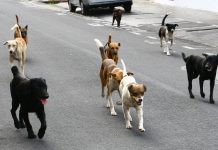 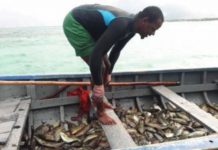