The Prime Minister intends to introduce the Criminal Code ( Amendment) Bill ( No VIII of 2020) in Parliament  very soon. The Explanatory Memorandum states that the object of the Bill is ‘to amend the criminal Code to criminalise, inter alia, the production or distribution of an article, an object or a document that conveys misleading information about, or misrepresents, the sovereignty of Mauritius over any part of its territory’. 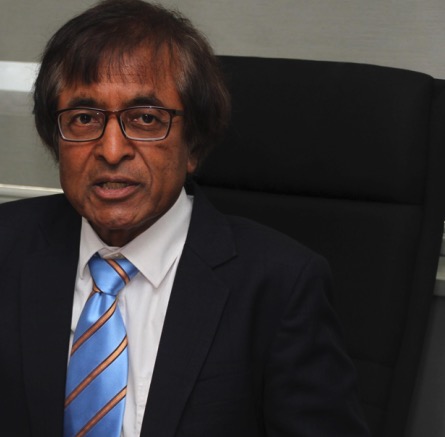 But the main provisions of new Section 76 B go much further than the Explanatory Memorandum. For the sake of completeness and in order to understand what is being contemplated it is important to reproduce the proposed addition: Section 76B – Misrepresenting the sovereignty of Mauritius over its territory

(1)Any person who, purporting to act on his own or under the authority or instructions of, or pursuant to a contract with, a foreign State or any organ or agency of such a State, or any other person-

(a)produces, distributes, supplies or markets any article, object or document which, in any manner, misrepresents or conveys misleading information to the public about the sovereignty of Mauritius over any part of its territory; or

(b)gives any instruction for the production, distribution, supply or marketing of any such article, object or document,

shall commit an offence, unless he proves that he acted with the express approval of the Government of Mauritius.

Subsection (3) of the Bill creates an extraterritorial offence and again people need to know what is being proposed: ‘ Any act alleged to constitute an offence under subsection(1) and which is committed outside Mauritius by a person shall. Regardless of whether or not the act constitutes an offence at the place of commission, be deemed to have been committed in Mauritius also.

It would be interesting to know whose brainpower generated such a Bill. There are several issues that immediately arise.

But it is hard to comprehend the reasons for such a piece of legislation. Either a State is sovereign and is recognised as such or it is not. I have no reason to believe that Mauritius is not a sovereign State. It is true that , in the globalized world in which we live, other States or bodies weaken our sovereignty. One clear example is the blacklisting of the Financial Services Sector by the European Union. However much Mauritius would like to flaunt its sovereignty and represent to the world that it enjoys absolute power, it is bound to comply in order to avert the blacklisting. Would compliance mean that we are any less sovereign? This is Realpolitik at play.

What are the threats to our sovereignty? What has happened or is likely to happen that can imperil our sovereignty? Are there hostile forces that are waiting to invade? In the absence of the motivations behind such a Bill no one can stop the wildest of speculative theories.

But in reality what can this law- if it passes- achieve? It will become a great piece of legal literature without any enforcement potential. Here or anywhere. Here because this law will not undermine the fundamental freedoms enshrined in our Constitution.

It purports to apply to ‘any person’. Here and all over the world. For example, if Prime Minister Boris Johnson were to declare that the United Kingdom has sovereignty over the Chagos archipelago , that would be misrepresenting toe ‘sovereignty ‘ of Mauritius over that archipelago and he would be committing an offence.

Google which still represents the United Kingdom as the State exercising sovereignty over the Chagos archipelago would , according to this law, also be committing an offence.

If a person, whether he is in Mauritius or in some other part of the world, were to state that there is still a dispute between the United Kingdom and Mauritius about the Chagos archipelago, would that person be prosecuted for ‘misrepresenting the sovereignty of Mauritius over its territory?

But what crowns the absurdity of this Bill is that a defence is provided to any person who is prosecuted. The defence is that the person will escape criminal liability if he ‘proves that he acted with the express approval of the government of Mauritius’.

How and under what circumstances can a Government give its approval to misrepresent its own sovereignty?

This defence itself shows how ‘farfelu’ this Bill is.

There are other problems in the Bill but I will let others pick holes. This bill will make us look stupid. Persons overseas will use  social media to infringe this law and there will be nothing that can be done against them unless we use all the resources of the country to initiate litigation in other countries.

Some rethinking is required . 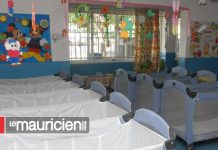 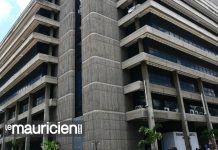