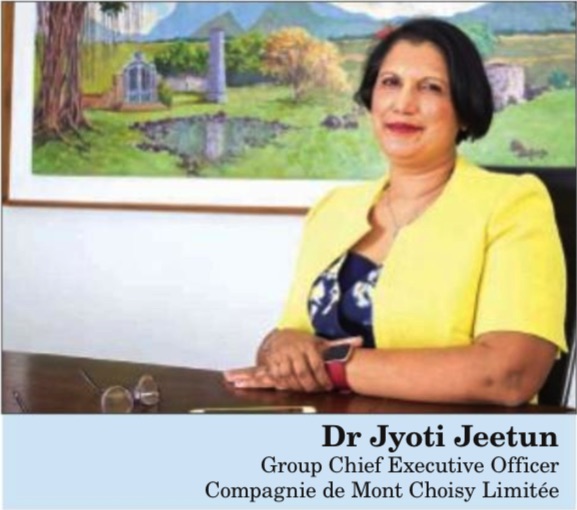 In a now-famous Ted Talk delivered five years ago in March 2015, Bill Gates predicted almost prophetically, that  “today the greatest risk of global catastrophe does not look like a nuclear war…if anything kills over 10 million people in the next few decades it is most likely to be (from) a highly infectious virus rather than a nuclear war….not missiles but microbes….We are not ready for the next epidemic.”

Since March 2020, when the global sanitary crisis has led the vast majority of the world to a near lockdown causing economic havoc as never seen before, the above prediction could not have been closer to home.  But why on earth is the COVID-19 pandemic being called a “Black Swan event” if Gates and renowned virologists around the world warned about it ages ago.

As the situation unfolded globally, we witnessed fearfully how unprepared we were as individuals, organisations and states.  Nobody saw it coming and nobody had anything close to a preparedness plan to deal with the crisis.

If such a pandemic had been predicted and nothing was done to prepare for it, then this bodes another vital question, will we learn the lessons from this crisis and be the actors of change for a different and better tomorrow?

As the world closed its borders, businesses and whole economies went into paralysis, such is the magnitude of the global economic crisis with little or no past reference or benchmark to refer to.  Nearly three months later, we are still navigating in great uncertainty, and economists around the world are still working out whether this will be a V, U, L, W, or Z shaped recovery.  Some are even referring to the Nike logo as a possible recovery scenario.  On the other hand, stock markets around the world seem to be telling their own story of the recovery.

In the absence of a vaccine which is yet to be discovered and put through the lengthy process of animal and human trials, mass-produced in billions, if and when the tests are successful and applied literally to the whole world, all we know today is that, more than ever we have no idea what the immediate future will be like.  Will there be a second or a third wave of the infection?  Will there be further lockdowns?  When will borders open?  When will the planes start flying again?

Meanwhile, there is a strong element of behavioural science to understand – how will consumers behave in this vast ocean of uncertainty until the world becomes a safer place?  Will we have a 90% economy as The Economist recently put it? 90% economy meaning life resumes from lockdown, but it will be far from normal as “powerful forces will hold economies back”. (The Economist, April 30, 2020.)

The real crisis is only starting now

Governments and business leaders are faced with unprecedented situations having to consider various worst-case scenarios and taking some very tough decisions which could lead to major implications on people’s lives in terms of redundancies and insolvencies in the weeks to come.

Governments are injecting an unimaginable amount of money in the economy to help households and firms.  However, if consumers are not willing to get out and spend (because of fear for their safety) or social distancing policies make it impossible to run businesses as before, firms will use bailout funds to keep people in employment and just remain solvent.  What could then result are zombie companies – firms that have huge debts and can barely service their debts.  This will stifle investment in more productive sectors and deter innovation.

Despite the large bailout funds, some firms which are in a comatic state, (e.g., travel, tourism, hospitality, and much of the businesses that rely on these sectors) will have no choice but to let go some of the workers or go under administration.  This would most likely be a short-term measure until the sectors recover.  Governments and households are dreading the massive unemployment that will follow in the weeks and months to come and its social consequences.  Luckily for Mauritius, many of these jobs in the service industry will not go digital as in other industries and hence once the economy picks up, things will start getting better.  Until then, there will be a very painful period to get through, assuming there is no second wave and assuming the government’s contact tracing and containment strategy remain as efficient as before when the country re-opens its borders.

Since March 2020, businesses are working 24/7 on redoing their forecasts, working on best-case and worst-case scenarios, what-ifs, sensitivity analysis, plan Bs and plan Cs and what not.  Much of this could turn out to be garbage-in and garbage-out as no one has a crystal ball and everybody is just making assumptions on the most likely possibilities since there is no past event that one can relate to.  Nevertheless, the focus will be on survival mode, cash now rather than profit later.

Meanwhile, as leaders, we will need to encompass more empathy and not just focus on our bottom lines but rather the impact of our decisions on our wider stakeholders including our employees, suppliers, and service providers.

Businesses that have better chances of success are those that have flexible structures and those that can change and adapt their models to the changing environment.  To remain resilient, having a strong balance sheet matters.  Being debt light and having lean and flexible teams will make firms less risky.  Understanding the mood of the consumer and listening to their changing needs will be the key to survival and subsequent recovery.  Moreover, the crisis will create windows of opportunities for businesses to tap into.

We are hearing a lot about a “new normal”, “nearly normal” or “next normal” these days.  Whilst for most advanced countries, practices like working from home and online shopping are indeed the new normal, the predictions are that in Mauritius, the same trend will follow and working from home will be the new reality. People will shift to more online shopping, social distancing will become part of our daily lives, health, well-being and family will be our priorities.  This is apparently what the post Covid-19 world will look like.  Really?

Here is my take on this.  Firstly, I do not think that psychologically, things can go back to normal for many people around the world, based on their traumas and fears. As for businesses and countries, it will be anything but.

I must say that, on an individual and societal level, I remain rather sceptical about whether there will be a significant change in our behaviour or in the way we do things on an everyday basis. Mauritius has been spared by the worst of the health crisis due to the efficient management by the authorities.  However, being a small island isolated from the world, are we really conscious of the harsh realities of tomorrow?

My 87-year-old mum reminded us the other day what misery, hardship and food shortage really meant during wartime when they were surviving on arouille and manioc.  Confinement, in today’s age, has not impacted the food supply chain but has instead meant quality family time, often around an abundance of cooking (and watching TV).  Food (and drinks) shortage was not on the agenda for most people!  New normal, if there is one, will not be for tomorrow.

Meanwhile, we are at risk of becoming complacent and living in an illusion that everything will be fine ever after.  This is possibly because we did not experience the worst of the health crisis.  I ask myself, will we in Mauritius become more conscious of our health and well-being, show more compassion and respect for others, and see a more responsible lifestyle that brings down our high global ranking in diabetes?  Are we going to see more sustainable agriculture with less pesticides?  Are we going to become more ecologically friendly, think of our individual and collective actions and on their impact on climate change, the other faux black swan event waiting to happen? Can this crisis be a reality check for a major shift in societal attitudes in general?  We must not fall into the trap of going back to the old normal and should instead consider this crisis as a wake-up call.

Being actors of change

People often expect the government to resolve most of their problems, almost like in a nanny state.  Change does not necessarily come from governments or corporations.  They are not the true drivers of change.  The change will only come from every one of us individually and collectively, in the way we think, the way we behave and the way we do things.  We, the people are the true actors of change.  For example, we can make small changes in our lifestyle by walking and cycling more (leading government and private developers to design roads that provide for jogging and cycling), recycling our waste, producing our own vegetables or buying sustainable produce, etc.

What the day after tomorrow looks like will depend entirely on the lessons we have learned and on the actions we will take thereafter. 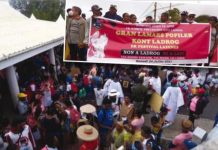