Mahsa Amini was on a visit to Tehran in September 2022 when she was arrested and detained by the Gasht-e-Ershad (translated as Guidance Patrols), most commonly known as the “morality police” because, according to them, she was not wearing the state-enforced head covering properly. She died three days after being in a “guidance centre”, fuelling speculations that she was ill-treated and did not die of a heart attack as the Gasht-e-Ershad claims. CNN journalist Christiane Amanpour had lined up an interview with the Iranian president during his trip to New York last week, but the latter backed down at the last minute when the well-known journalist refused the president’s request to wear a head covering, rightfully claiming that she was under no obligation to do so as they were on American soil. Meanwhile in Iran, protests triggered by Mahsa Amini’s death, has spread in major parts of the country, with many women removing their headscarves in public and engaging into other forms of protest not only against the morality police but also the tight living conditions in the country.

Masih Alinejad is an Iranian journalist who had fled her country as she has been a vocal protestor against the compulsory hijab in place in the country since 1981. When she moved to New York in 2014, she started a social media campaign called My Stealthy Freedom where she exhorted Iranian women to remove their headscarves as a sign of protest against the forced wearing. Thousands of women joined her movement, to great threat of the journalist herself, who has been often subjected to failed attacks from the Iranian regime. Today, she believes that her movement has reached a culmination, with virtual protests started in 2014 having reached the physical streets. (The Exiled Dissident Fuelling the Hijab Protests in Iran, The New Yorker, September 2022)

Countless of articles, Tweets, social media campaigns have been made regarding the right to freedom for Muslim women, especially pertaining to the headscarf: some have claimed to liberate the Muslim woman while multiple others have not fallen into the trap of the Western intellectual imperialism and have maintained their voices to uphold the independence of the Muslim woman in her choice to wear it. The headscarf is highly symbolic. For hundreds of thousands of Muslim women around the world who wear it, it is a symbol of their identity, that is intricate to them. For many others, it is a symbol of oppression, where women have been forced to adopt a way of dress, whereas Muslim men are exempted from any such obligation. In many families, mine included, there are many women who do not wear the headscarf, but that does not make them inferior to those who do, and neither does the headscarf make the wearer superior in faith to those who do not. Faith and worship are highly personal, a link between the Creator and the created, and each person follows the journey of faith at his/her own pace. When a Muslim woman, in all volition and understanding adopts the headscarf, she does so first and foremost as an act of obedience to Allah, not to save herself from the male gaze, not as an oppressed person, but as act of love and obedience towards her Creator. Such an important step can neither be forced upon nor denied by the law of a country.

In January 2022, a group of hijabi girls were banned from entering their college in Karnataka, India, unless they removed their head coverings. A court case was filed and in March, the Karnataka High Court “held that allowing Muslim women to wear the hijab in classrooms would hinder their emancipation and go against the constitutional spirit of « positive secularism »” (Hijab ban: Karnataka high court upholds government order on headscarves, BBC News, 15th March 2022). In France, the hijab is proposed to be banned in public for women less than 18 years old according to an amendment passed by the French Senate in 2021, mothers wearing hijab are not allowed to accompany their children on school trips and French sportswomen are not allowed to wear hijab when competing in national sports.

A number of women living in a non-Muslim country and who have adopted the headscarf will attest that making the move takes a lot of courage, we wonder about what others will think of us, we ask ourselves whether we will be able to hold on to it, we realise that there are certain places where we will think twice before going. But at the same time, the feeling of liberation that comes with it is incredible. On a superficial level, we are able to see who judges us at first glance for their subsequent behaviour will attest to same. On a deeper level and thanks to our own experience, we learn to move beyond the first impression that appearance casts and focus on the individual. We are able to assert our independence of identity and with time, we do not let the headscarf inhibit us in any way. This has been beautifully expressed by Fatima Payman, the first hijabi Australian senator: “For those who choose to judge me on what I should wear or judge my competency based on my external [appearance], know that the hijab is my choice,” she said. “I want young girls who decide to wear the hijab to do it with pride and to do it with the knowledge that they have the right to wear it. I won’t judge someone wearing boardies and flip-flops across the street. I don’t expect people to judge me for wearing my scarf.” (Fatima Payman, Australia’s First Hijabi Senator Encourages Young Muslim Girls to Wear the Headscarf with Pride, Vogue, July 2022)

The case of Fatima Payman is highly symbolical in itself. She comes from a family of Afghan refugees and has made her way to become the first hijabi senator in Australia. It is ironical that Fatima Payman would most probably have the hardest of times attaining the same status in Afghanistan that she has acquired in Australia. It is also sadly chilling to realise that a French Muslim woman, enjoying a similar status (of being born to refugee parents in France) to Fatima Payman, would never achieve such a status in France because the country has policed Muslim women’s dress. The same is applicable in the state of Karnataka if the ban imposed in schools gains traction in other public spheres. How then is Iran or Afghanistan any worse than France or India? Why, for some, when it comes to France and India, the argument is made that citizens should respect the law, and when it comes to countries like Iran and Afghanistan, or vice versa, they argue differently? Why is it, when defending the principle of freedom of choice of women in Middle Eastern countries, the same courtesy is not extended to hijab-wearing French Muslim women? Isn’t that intellectual dishonesty? Iran, India and France may have very little in common, but for an almost sinister trait: the policing of Muslim women’s dress and the denial of Muslim women of their freedom of choice.

The afore-mentioned countries at varying degrees subjugate women by way of law and are on par as far as the guilt of removing the agency from women to make their own choices is concerned. Nobody deserves to die in such a tragic way, away from family, in a “guidance centre”, among strangers enforcing a state-sanctioned punishment, much less a young woman like Mahsa Amini who was not even flouting the forcible wearing of the hijab but because the morality police deemed that she was not wearing it properly.

From repression when it comes to reproductive healthcare in the USA, to hijab bans in France and India, to the forcible wearing of hijabs in Iran, what is apparent is that imposition is never the way to make people embrace a way of living. It creates more frustration, resentment and anger which will one day become impossible to be contained as is the case currently in Iran. 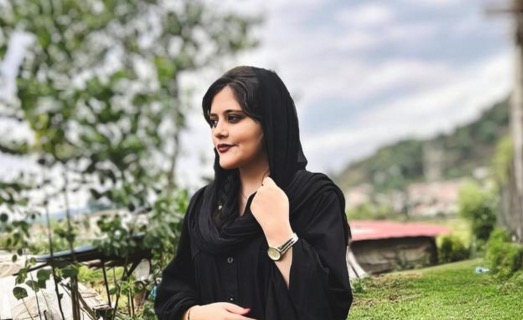 “Nobody deserves to die in such a tragic way, away from family, in a “guidance centre”, among strangers enforcing a state-sanctioned punishment, much less a young woman like Mahsa Amini who was not even flouting the forcible wearing of the hijab but because the morality police deemed that she was not wearing it properly.”