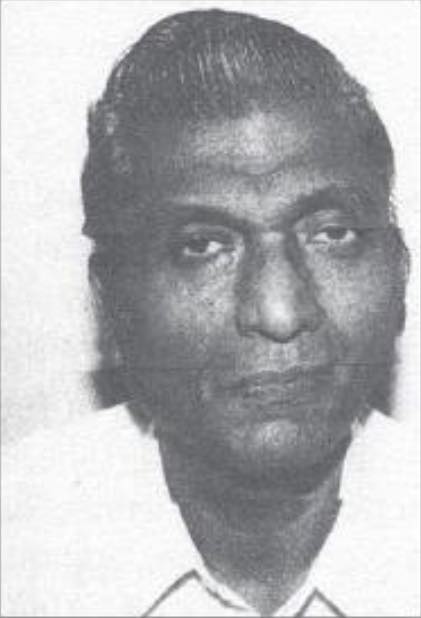 Hassen Heerah and I had been friends for close to seven decades. We were both classmates at the Islamic Cultural College (ICC), founded by Dr. Hassenjee Joomye, at Curepipe and that too since its inauguration in May 1949. We were both among the first historic student-body of the College when it opened its doors as the first “Residential School” in Mauritius for boys. It was a dream project of its founder-visioner. The College was then housed in beautiful mansion located in a spacious domaine on a hill bordering Forest Side that dominated the whole view of the beautiful town of Curepipe and it was aptly called “Le Petit Château.”

Hassen and I would remain friends long after we graduated and left the College which, some four years later (in 1954), would be moved to Port Louis, in the Plaine Verte area, where it is still located, following the premature demise of its founder in September that same year, that is 1949. However, the ICC would continue to function but not as a ‘residential’ institution but as “an open non-denominational school.” In other words, students from the larger community of Mauritius were welcome as part of its student-body.

Hassen was a good man, generally very quiet and humble who loved to keep a low profile. He hated the limelight. Yet, he was very actively involved in social work – particularly in a couple of well-known charitable organizations, namely: the Madad-Ul-Islam Society, which he served selflessly in various capacities for years, including as Manager of the Madad ul–Islam Girls’ College operated by the Madad-ul-Islam organization. By profession, Hassen held a full-time position as a lab technician with the Ministry of Education and spent his whole career at the Mauritius Institute Museum till his retirement.

Hassen’s other passion was writing. He was a poet and novelist in his own right. He was proficient in both English and French and he wrote excellent poetry in both languages.  By instinct, he was drawn to mystical thoughts, which he expressed in his writings with gusto and infinite smoothness and grace. His early collections of poems, in both English and French, were hailed by critics when they were published some four decades ago. Ever modest and humble as a person, he kept it all to himself and never made a big deal about it. I knew, in the restricted circle of his close friends, that he was greatly admired and respected. To me he was more than just a dear buddy. He was an intellectual and it was a joy always to discuss literature, arts and mysticism. So much so, I was literally stunned when news of his passing reached me.

In 1974 – a year after I left Mauritius for Canada – he published his first book of poems: The Preacher and Other Poems, which was followed by his second book—a novel in English titled Mahmood—The Mystic Healer published in 1978. Both books showed Hassen Heerah’s multi–faced talents and his dexterity at handling English and French with ease and confidence.

The Preacher is a remarkable book on its own. It tells the moving tale of a mystic — a sage, who, in the garb of his aged and bearded face and clothed in sufi-like accoutrement, emerges as a deep thinker, philosopher and teacher, who has watched and learned from the intricacies of life and selflessly outpours his knowledge and wisdom and the lessons he had learned from life over the years to whoever ventured to partake of his immense experiences of life. Hassen’s book is literally mesmerizing by virtue of its deep thoughts couched in beautiful poetic language that only he could connote. It is, indeed, a treat to read his ‘stories’ full of wisdom all couched in a symphony of enrapturing imageries all wrapped with mesmerizing metaphors, similes and rhythm that soothe the heart and enthrall the mind. I, for one, still relish reading Hassen Heerah’s “The Preacher”, which definitely reminds us of Khalil Gibran and his masterpiece “The Prophet.” 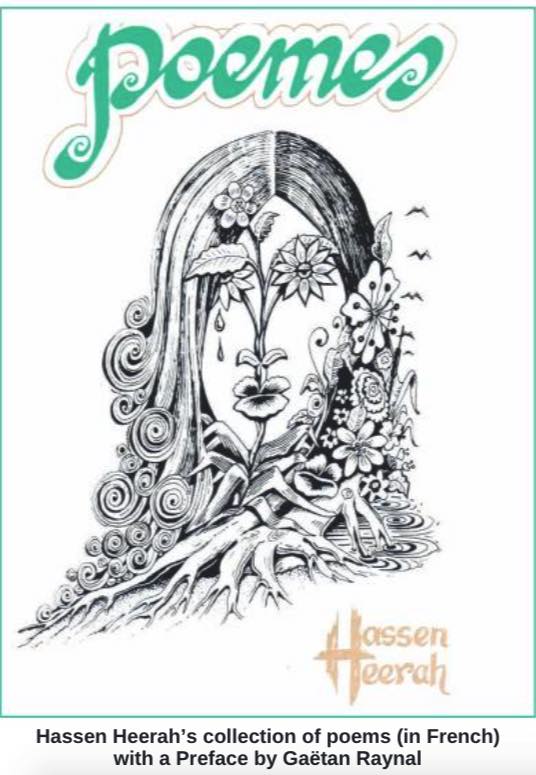 In an appreciation of Hassen Heerah’s poetic gifts, E. D. Bangay, a well-known Verse Critic in the sixties and seventies, who also reviewed Hassen Heerah’s book made this observation on his prowess in handling English verse:

“Through the medium of “The Preacher”, Hassen Heerah, in the guise of his disciple, sets out the ideals of belief and behaviour that he himself cherishes. These are reflected in his own social work. The phrases of this prose poem are rhythmical and repetitive; the imagery of metaphor and simile used to illustrate the declared truths, is often arresting as well as being apt.”

It is my wish that Hassen Heerah’s books be re-issued for the ‘delight’ of the present generation who may be unaware of what a gifted literary talent he was, in his own way. His collections of poems in French simply titled Poèmes, is graced with a short but impressive Preface by the late Gaëtan Raynal, historian and prominent literary figure in his own right. Poèmes was published in 1982 and carried a ‘surrealistic’ cover illustration by Nazal Rosunally.

Throughout his life, Hassen Heerah lived a modest and humble life, and always kept himself away from limelight and doing what he did with humility and in anonymity. As a long-time administrator (Manager) of both the Islamic Cultural College and the Madad ul-Islam Girls’College, he sure has left his imprint and lasting memories. It is to be hoped that his memory will continue to live on through his poems, stories and other writings – which, I have no doubt must be around somewhere in his drawers waiting to be highlighted. Hassen Heerah, the poet, the short-story teller and the novelist was an unsung literary ‘icon’ of our generation. His memory will, sure, live on not only through the exemplary life of modesty and humility he always lived but also through the core of his literary works which remain to be explored and highlighted.

May the Good Lord rest his soul in peace! 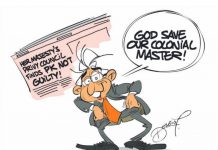 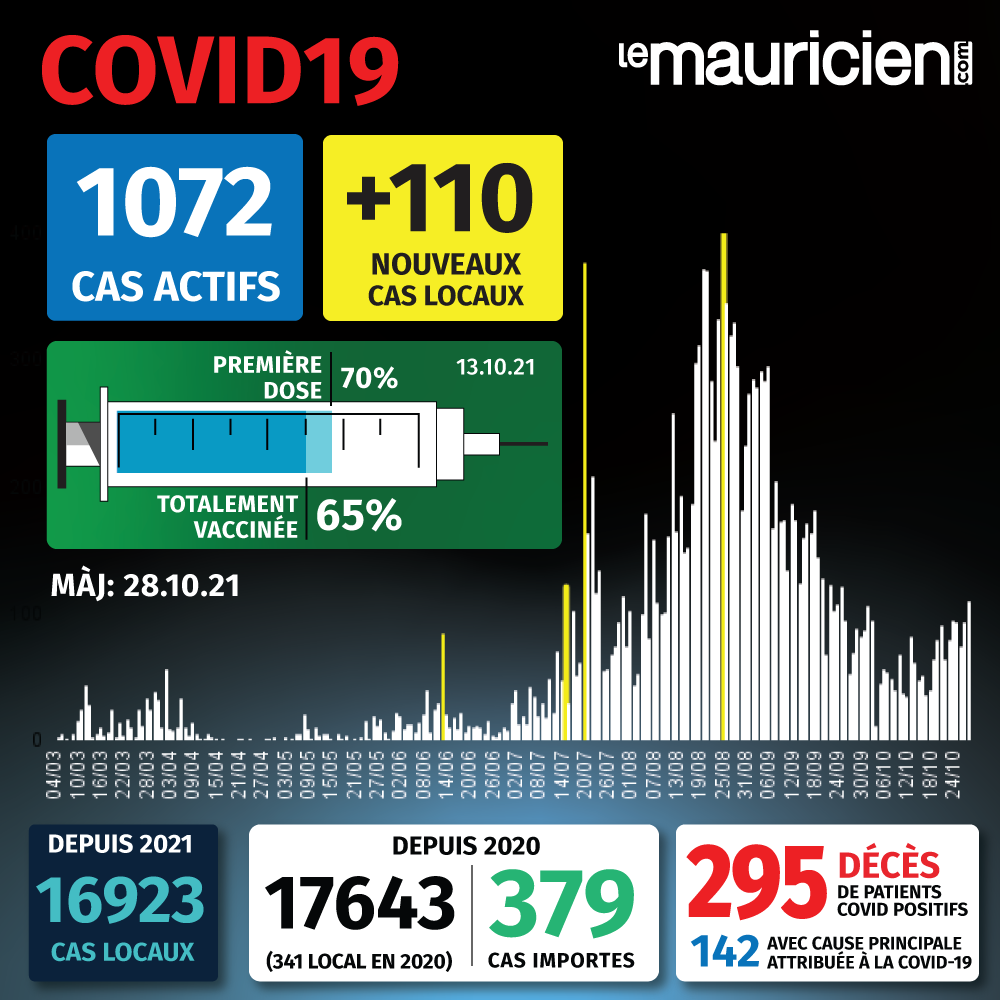 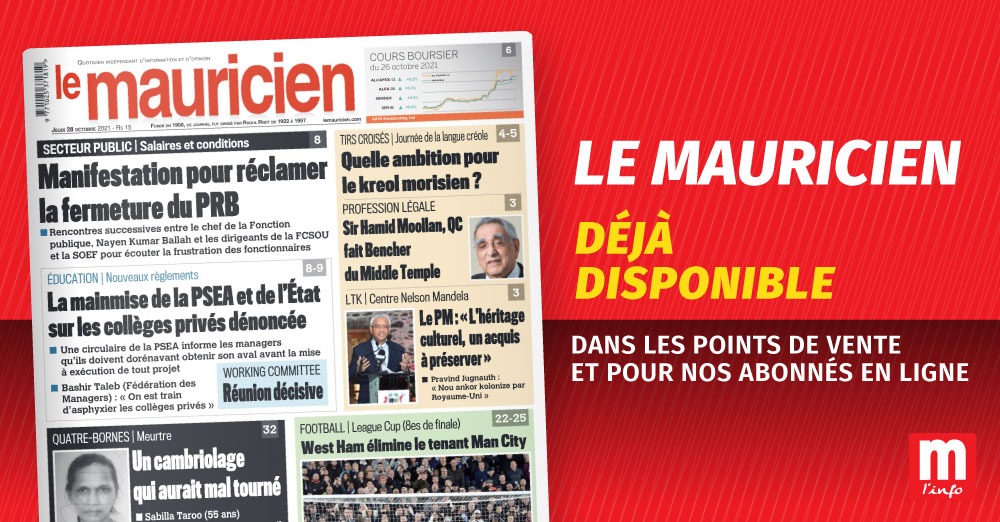