This is one of the most powerful ongoing narrative that, since aeons, has, is and will continue to dramatically shape our wonderfully complex individual and collective journey together on our home planet. Until paradoxically, one among us, strangled into our multifaceted human entrapments, singularly breaks away, enduring a personal journey of profound change and returns upgraded, embodying a completely different narrative by just being lovingly who one has become.

Behaving like an outlandish genetic bug in our human blueprint, every time this program activates itself anew, it comes to disrupt the local lineage of harmonious dynamics and the symbiotic human relationship with its immediate environment. Looking back as far as we can into our long lineage of collective history, we are still witnessing, up till now, the running of this disruptive polymorphic program. Enslavement. Operating under numerous shades of corporate names, this persistent shapeshifter is even guaranteed by international legal framework. On the soft end, it can be called humanitarian aid, while in the middle, a trade agreement on the hard end, an act of war. But, fundamentally, it is always a power over game where extremely quick and easy benefits are always at stake at the expense of the other.

The predatory intruder, often disguised as a generous well-wisher, if brutal force is not readily used around, stages a masterpiece of communication magic before the lesser, promises the immediate realisation of your wildest dreams or implementation of modern sexy technologies together with more ‘civilized’ organization systems – warring nations or big economies, and on a smaller scale, swindlers and politicians are the experts in this one. Through variously practiced and time proven strategies, free dynamic thinking in the newly conquered territory, is immediately but slowly and sweetly deprogrammed and transformed, into beautifully packaged thinking. Gradually, everyone is thinking same and about same. Import is better than local. Control and conformity. Relax, enjoy, every single one of your known problems are going to be taken care of, as we, as your all-powerful well-connected masters always know better, always have more solutions and power to order things into place – fool proof, beautiful, timeless award-winning formulae of infinite variations. Is that so? 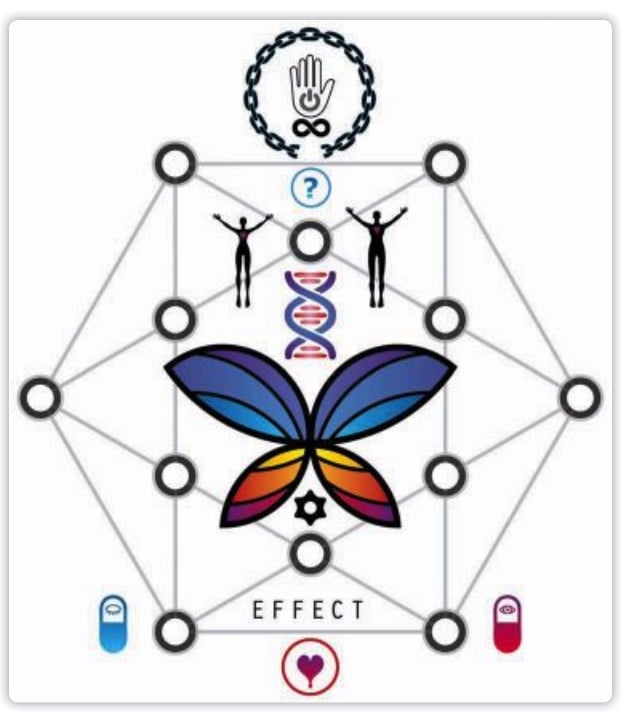 Even though she was virgin land, my beloved home island actually started brutally with this same script, but within this powerful narrative a little twist sprouted. Almost 3 centuries ago, her newly landed children came from the 4 richest civilizations of the world, Europe, Africa, India and China, her then pure genetic template, her unique ecosystem, was overtly infected and depleted through the barbaric pain and sufferings of slavery. This poisonous trauma, to this day is at our root problem and still paralysing the magnificent and harmonious emergence of our wonderful Mauritian family. Although a legal exploitation system then, slavery was the tool widely-used by civilized nations to develop their conquered territories. Which has gone way too far in its operation here with the many unsolicited violence and atrocities perpetrated by the masters both in its economic production activities and sealed social order. Against all odds, maybe because some of the captive slaves had a noble lineage, she gave birth to an unpredicted counter avatar, a totally liberated spirit, a freedom warrior, a fearless figure called the maroon.

Much alike an infected computer virus forcing a major system upgrade only to rid itself of it, the maroon slave, the runaway, a bringer of hope, for the first time, instilled into the captive slaves, the unthinkable possibility of freedom. A real blessing. This heroic character, while being out of the system, but by his mere existence on this well-connected small island, was in fact, much to the system administrator’s demise, an indeed unforeseen economic threat. Founded on constant fear and extreme violence, suddenly, their super stable impenetrable system, the matrix encountered a cracking down. Rebellion started and we can all relate somehow to Neo’s character in the now famous ‘documentary’. While the liberation by death was the only option then, in all the camps, there was a new wave of aspiration, there was hope, there was celebration, there was organisation and solidarity, as nothing was much empowering and sweeter to know that at last one like us did the unthinkable. Fear and death were dead. An incredible wave of hope and freedom submerged the whole island.

This steady rising wave of hope and rebellion eventually led to a freedom camp establishing itself in the southern part, an almost inaccessible and remote place on a mountain called Le Morne Brabant. As if our island knew that by growing a mountain there, she will create a safe haven for her children who wanted to feel closer to their homelands, Madagascar and Mama Africa. From this extremely violent and obscure part of our rich common history, this mountain is the only symbol in the whole world as the ultimate struggle of the Slave People. Where, even there, when an official troop came to announce them the abolition of slavery, they chose to jump over the cliffs rather than be brought back again as captives to the camps. Such was the seeding of this spirit then.

In our now great time of rising light, revealing endless beautiful disguises and regular leaks where systems within systems are being desperately designed to cater for the never ending growing flaws appearing almost everywhere. By non-action, this legendary and heroic figure seeds only one thing, in any whatsoever adverse circumstances, what does it taste and take to be totally free. Thriving. The mere existence of the one, liberates the many. The incredible beauty and intelligent design of Life is such that, even though the bug program is always furtively running, until activated, the seed power of the maroon archetype has the infinite potential to override all visible and invisible chains to restore back Original Pure Life Plan again. Original Factory setting. Disseminated everywhere on the planet, the tribe is steadily and stealthily growing, until the tipping point is reached. Does it strike a chord within? What if? Knowing what you know, what is going to be your new narrative as from now? Be free. Totally. Love and ubuntu blessings.