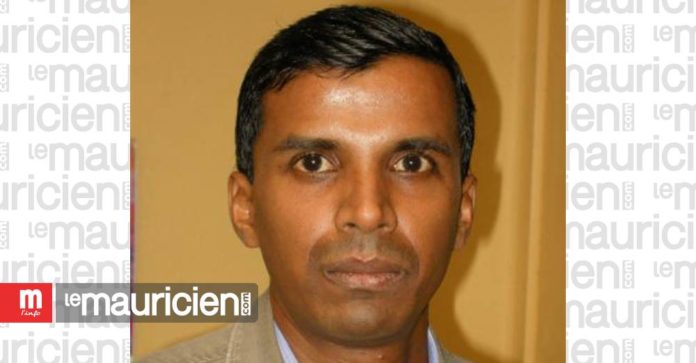 This year the Mauritian nation and government are commemorating the 188th anniversary marking the abolition of slavery on 1st February 2023, when more than 70,000 Mauritian slaves were freed from bondage. At the same time, during the 1820s and the 1830s, tens of thousands of Mauritian slaves became fugitive slaves as they temporarily and sometimes permanently escaped from the shackles of forced servitude as fugitive slaves or maroons. During the Dutch, French, and early British Periods, small maroon settlements and maroon bands existed in the remote corners of the island.

Maroon societies were core communities which preserved their freedom and identity in the Americas and the Caribbean as well as other places where the African diaspora took place such as in Mauritius. In a harsh and mostly hostile environment, and relentlessly pursued by the colonial forces of European powers, these oppressed peoples faced a continuous struggle against slavery. Thus, after escaping from bondage, many of these Maroons became the first freedom fighters in the European colonies where they resided.

The portrait of freedom fighters which emerges in Black and African history, as archival sources, oral sources and traditions, academic studies demonstrate, is often complex and contradictory and illustrate that human history has always involved the creation of a recognized status in almost every human society as a means of denying rights and privileges to particularly groups such as the slaves and the maroons. Oppressive devices by the dominant group of a society or colony could be based on color, place of origin, culture, gender, economics, status, and power.

Between the fifteenth and nineteenth centuries, tens of millions of Africans were drawn into the vortex of the slave trade across the Atlantic and Indian Oceans and funneled into the sugar, tobacco, coffee, cotton, spices and swampy rice fields or plantations in European colonies in the Americas, the Caribbean, and in the Indian Ocean such as Mauritius. These valiant individuals saw no future in their survival as slaves, thus they had no alternative but to risk their lives for freedom. In general, between the sixteenth and nineteenth centuries, the historical records about the struggle of the slaves and the maroons have often been ignored, distorted or misrepresented.

The history of their development demonstrates that their journey to freedom reached far across from the Atlantic to Africa as well as to Indian Ocean slave colonies like Mauritius. These heroic freedom fighters, shared, with other oppressed peoples of modern times, a history of resistance profoundly rooted in colonialism and imperialism with all its manifestations of exploitation and oppression that followed in the wake of that historical process. They forged independent communities and new cultures and identities out of diversity, and developed solidarity against slavery, through processes which only later on took place on a larger scale in other parts of the world.

The Mauritian Context and History

Countries such as Mauritius, Suriname, Jamaica, Mexico, Argentina, Brazil, Barbados, Colombia, Cuba, Haiti, Dominican Republic, Halifax and Nova Scotia in Canada, Sierra Leone, Liberia and South Africa are but a few stops in the journey of the early historical experience of these early freedom fighters. Thus, this clearly shows that in the history of modern European colonies, freedom fighting by the Maroons was almost a worldwide and universal experience. The valiant struggle of the maroons was also very significant because it did not take place under any religious alliance or political affiliation.

However, the stories of the struggle for freedom of the Maroons have never been fully narrated in major historical studies because of a lack of archaeological evidence from maroon sites such as in Mauritius. Therefore, very few of the sites belonging to the history of those freedom fighters are known and have been explored. Ever since the 1970s and 1980s, in order to redress the imbalance in contemporary scholarship surrounding the period of slavery and the history of freedom, countries such as Jamaica, Brazil, the United States, Suriname, and Cuba, have embarked on the preservation of those sites. Thus, it is sincerely hoped that with the inscription of the Le Morne Cultural Landscape, essentially as a Maroon site, on UNESCO’s prestigious list of World Heritage Sites in July 2008, Mauritius will also be one of those countries following this important international cultural trend.

Until recently, in the small island of Mauritius, where Maroon sites have been least studied, and are also rare, the need to preserve these heritage sites or lieux de mémoire is even more imperative. In addition to being studied and mapping them out, these historically significant sites should be organized and preserved as tourist/educational centres and safeguarded for generations of Mauritians yet unborn. It is important to highlight that prehistoric and historical significance of past cultures have been brought to light primarily through archaeological investigations. Mainly being a detective undertaking, archaeology explores the hidden elements of cultures through the use of many different types of scientific techniques and methods. Over the past two centuries, the origins of mankind as well as of great civilizations like Egypt, Mesopotamia, India, China, Greece, and Rome were all unraveled mostly through archaeology.

Therefore, the Maroon sites which have been archaeologically investigated in the different rural districts of Mauritius in recent years, now this research is centered mainly in and around the Le Morne Cultural Landscape World Heritage Site, consist of the remains of past activities and should not be sacrificed away because they represent one of the only medium through which the past of Mauritian society can speak to the present. In the early twenty first century, Mauritius stands a very good opportunity in rescuing the material culture of its maroon history because Maroon sites, such as Le Morne, have not yet been destroyed through any construction projects. Unfortunately, during the course of the twentieth century, this has taken place, to a certain extent, in countries where government officials and local intellectuals/scholars were ignorant of the great loss to posterity such as in Jamaica, the United States, Brazil, and Suriname.

The availability of historical records from the Mauritius National Archives as well as oral traditions about Maroon sites, such as Le Morne, make them even more important for both their symbolical and cultural values, particularly, for the Mauritian population of Afro-Malagasy descent. Mauritius stands out as one of the few areas in the Indian Ocean with some documentation and evidence of Maroon settlements and activities and there is no reason why considerable effort should not be made to save and preserve those sites. Maroon sites represent freedom and the resistance of the Maroons to the inhumane conditions of slavery. They constitute a highly prized symbol of the history of the people of Mauritius.

Maroon history in Mauritius is part of the history of the entire country, ignoring it or destroying these sites is tantamount to destroying a cornerstone of the history and the cultural heritage of the Mauritian people. It is unthinkable that Maroon sites, such as the Le Morne Cultural Landscape World Heritage Site, should be sacrificed or destroyed but should be preserved and promoted at all cost. Furthermore, it is highly imperative to carry out an updated, comprehensive and multi-disciplinary study of the Le Morne Cultural Landscape. The oral traditions and documentation regarding Le Morne appear to typify Maroon sites which were necessarily spatially related in location in order to take advantage of the terrain, such as has been observed with Maroon sites in Jamaica and the rest of the Caribbean as well as Brazil and Suriname in South America.

The lessons of the survival strategies of these pioneer freedom fighters and their functional adaptation to changing conditions, while they struggled for freedom will certainly add to the richness of the history of the people of Mauritius. It is also on record, as has been shown by the Mauritian and foreign researchers and scholars over the past half century, that activities of these Maroons controlled colonial policy, shaped colonial history, relentlessly resisted the slaveowners and colonial authorities and speeded up the road towards the achievement of freedom.

In order to understand these achievements, archaeologists and historians must always work closely together, as in other parts of the African diaspora in the Caribbean and the Americas, to place the history and culture of these valiant freedom fighters at the center of freedom’s history in Mauritius. This will take the history of Mauritius beyond the common approach to the study of the concept of freedom and the disadvantaged, particularly in the context of the African diaspora, as being only victims of slavery, degradation and oppression.

In doing that, the full range of cultural responses of the oppressed to transformations in political, social and economic conditions throughout Mauritian history will be better and more fully understood and appreciated by the Mauritian people.  It is only then, that Mauritius will be able to re-define the traditional cultures and value systems, justice, power relations as well as other aspects of the heritage that can be labeled Mauritian. In the process, justifying the motto of the flag that flies high over our land as we remember the struggle and freedom of our slave ancestors on each 1st February.