At last the Minister of Education has decided to communicate a long-awaited decision regarding the Education Sector. Since the lockdown, the Minister has been seen twice on national television: first, on the 1st of April, she announced that online teaching would be implemented, and a second time to thank the Government of India for donating medical supplies! On the 5th of May, she announced in the National Assembly that 2020 SC and HSC examinations will be postponed to March 2021, adding that Cambridge cannot take entries for November 2020 – incidentally, Cambridge has already informed that they are providing additional syllabuses for November 2020, and that they will indicate when entries can be made! The Minister gave no further details about the new school calendar and other implications of re-scheduling the Cambridge examinations.

The main reason put forward by the Prime Minister for extending the curfew is to prevent a “second wave” of infections. It must be rightly noted that the measures taken by the government, combined with the efforts of our health services, have immensely helped to contain the spread of the Covid 19 virus locally. As at 12th May, there were no active cases in the country. Thus it is quite intriguing to hear of a second wave: without active cases and IF our borders remain closed, can anyone tell us from where will the second wave come from? We have been told that the virus does not travel by itself; hence any new cases ought to be only from direct contact with those already contaminated (in hospitals or in quarantine). We should not forget that the first case in the country was an imported one from abroad! Consequently, is it justified to close schools till the beginning of August?

The second wave will be there when our borders are re-opened, not when schools are opened. Will the Government have the guts to keep our country isolated from external travelers beyond August 2020? Or else, upon arrival in the country, place all travelers in quarantine for 3 weeks, not 2 weeks, just to be on the safe side – will the Government be able to take this decision? People ought to note that Singapore suffered their second wave of contaminations when their stranded citizens from overseas were allowed to return, but were not quarantined (instead they were simply told to remain at home, where they infected other members of their families). In our country the Government is pretending that keeping schools closed will curb any further outbreak – had this really been the case, we should never have ended with more than 300 cases during school closure.

Instead the Minister of Education just invited teachers to use online teaching, believing this is a magical solution. Following the announcement of online teaching to be used, educators were invited to register through an online portal by the 5th April. On the 16th April login details were sent by the Ministry so that educators could make use of Microsoft Teams. Finally, on the 30th April the PSEA sent a mail to educators in the private sector, providing them with a user guide for using Microsoft Teams! Thus, the login credentials were available on the 16th April but information on using the software arrived 2 weeks later: it is as if someone received a brand new car at home but is told that the ignition key will be delivered 2 weeks later – in the meantime, just sit in the car, turn the wheel and pretend to be driving! And to cap it all, on the 8th May, we learnt that “Cabinet  has agreed to the procurement of tablets to be provided to 2,572 children under the Social Register of Mauritius (SRM) attending Grade 10 to Grade 13 classes to enable them to follow online courses dispensed by the Ministry of Education. Thankfully some VIPs have discovered that numerous households do not have the basic means to enable children to benefit from online teaching, and now have decided to launch proceedings to acquire tablets. When will this be completed – no one knows. But rest assured that once this happens, the VIPs will further realise that these households do not have access to internet – another procurement will then be initiated!!

For some schools, the online teaching and learning are going on smoothly, whereas in other cases that lack of access to technology is preventing many children from benefitting these measures. Parents are also growing frustrated because the majority cannot help their children with their homework. We must not forget that it is the most vulnerable and poor children who will be hit the hardest with the school closure. Since they lack the means to follow the classes delivered through various media, these children will be the ones left further behind and will thus suffer the most from the lack of education services. Furthermore, we should not forget that schools provide a safe environment for children to interact, and yet they are being kept isolated during a key period in their lives. We all know the quality of the results produced by SC and HSC candidates every year, resulting from face to face teaching in classes (recall the outcry in February this year surrounding the 5 credits requirement) – does it take a genius to forecast what will be the output of online teaching? The Minister ought to publish the data on the number of students attending online classes, since Heads of schools have been asked to submit these – then everybody will know the truth about what is actually happening.

It is thus unclear what is the real rationale behind closing schools for a further 3 months. Furthermore, changing all examination dates will have serious repercussions on the lives of many citizens of this country. Surprisingly, nothing has been mentioned about the following:

Who will look after the children when the curfew is lifted in June 2020 and parents get back to work?

Without supervision at home, will children really follow the online classes?

Will the school calendar be changed forever as from 2021?

What about Grade 9 (Form 3) students, who were dreaming of attending a “star school” after the National examinations?

When will PSAC and National Certificate of Education be held?

These are just some questions which are not only unanswered, but it is quite disturbing that nobody thought of these when the minister made her announcement in the National Assembly. It seems our politicians only have at heart their well-being, amidst squandering golden opportunities to show their true worth. How is it possible and acceptable that one person can decide for thousands of students, parents and teachers about bringing all these changes without taking into account other reliable proposals? It would have been more realistic to anticipate an earlier resumption of schools around mid-June, based on the ongoing spread of the virus in the country. If required, this could then have been postponed to a later date. We must not forget that every year SC and HSC students leave school during the first week of September. There would have been around 27 weeks till the 18th December, providing enough time to complete the required school programs. 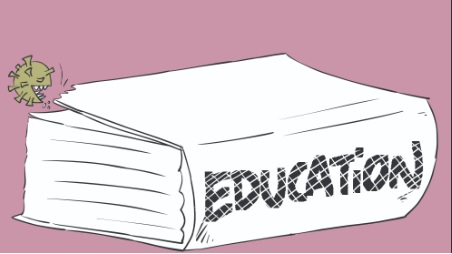 Consequently, the decision of the Ministry of Education needs to be reviewed, as well as the date for resumption of schools. The safety of children is of paramount importance but a right balance between safety and common sense has to be found. We have become so accustomed to having our schools closed every time it rains heavily that very few people know about the real damage caused by children missing out classes at a key time in their lives. It is high time the Prime Minister steps in and stops leaving all matters regarding the education sector in the hands of some incompetent bureaucrats. 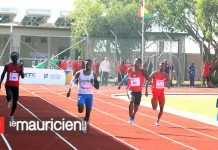 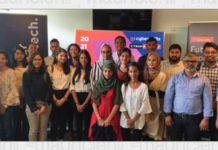