Words are amazingly beautiful constructions. A series of sounds, strung together, to form a word to design the multiplicity of what surrounds us, of what is in us. Words are what bind us together, in conversation, in reading, in listening, in talking, basically to convey information and make sense of meaning. For this reason, words can be used intelligently or cunningly, depending on the leitmotif. For quite some time now, that of the current government is becoming clearer: softly impose certain rules and regulations, to better control the people, in the name of good governance, Safe City, Metro Express, to name but a few.

Good governance has meant the crafting to crumble the BAI group, the mediatized and sensational arrest of the ex-Prime Minister, the scrambling to pay laypersons who have invested their life savings, with the cherry on the cake being the intronization of the current Prime Minister, in true dictatorship style, with the father shamelessly handing over the running of the country to his son. We, citizens, despite our misgivings and overt criticisms, are taken to be so stupid, that we were made to believe that this was done for our betterment.

In a world where many previously successful countries are taking laboured breaths to sustain their economies, our government finds no qualms in taking loans from “friendly nations”, announcing them as gifts, belittling the intelligence of this nation, as to what these “gifts” truly represent, and what they might come to represent for the layperson should the debts not be honoured.

We are currently living on a huge construction site to make us believe that we are on the highway to progress. This government thinks that we are not aware of the underlying reason for so many simultaneous ongoing projects. That these are actually baits to warp our minds into thinking that infrastructure and supposed better transportation systems, to the detriment of the environment and most importantly, the people’s will, will be saluted in the form of votes for the coming elections. The latter, which will most probably be proclaimed only when jobs on the sites have been completed. Who are we, mere laypersons to question the authority of the government, when it has found the perfect way to make us cower by brandishing newly modified legislation, designed to literally shut us up? 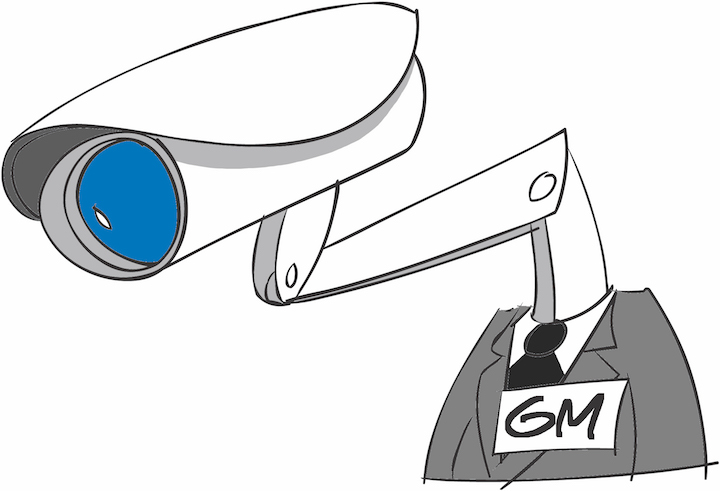 Let’s face it, this government is a champion in using words in a Machiavellian way to make us believe that projects are being undertaken for our betterment, when in fact, they are being done to enrich the already rich, and to control the people. For what do the 4000 intrusive cameras that are mushrooming all over the country represent, if not control? Does the government think that we are oblivious to the timing of such an installation, when people are busy with end of year festivities, and that we are presumably a year away from general elections? Giving the project of installing 4000 cameras the name of Safe City, does not make it so; for citizens who refuse to buy into the propaganda of the government, are aware that this Orwellian move should have been called Spy City, as this is the leitmotif of these intrusive white things. How are citizens supposed to move around, in all freedom when these parasites will record our movements? What hidden features do these cameras contain, that have not been disclosed to us, mere mortals, living under the camera eye? For what purpose will the data collected, be used?

The government should spare its effort on its manipulating machine to make us believe that these are being installed for our safety and to combat crime. For if such is the case, we, mere citizens, would also like to see footage of surveillance cameras of the watchers and those who have ordered such an invasive system, for their protection and to voice out against what we might also deem compromising to law and order. We will not be silenced into submission or fear, nor will we be beguiled by the manipulation of words. We refuse to have our thoughts addled by the twisted messages that come from official sources. As from next year, we will be hammered by agitprop coming from left, right and centre. It is imperative, now, more than ever, for us to remain vigilant, clear headed in the face of those who are watching us, and those who want to lure us.